She was intrigued, she once said, by the Surrealists’ desire to paint ‘what goes on inside our heads’. But her work transcended Surrealism. She experimented with Cubism and abstraction, too, and found inspiration in everything from the natural world and ancient mythologies to sexual pleasure and her own biography. 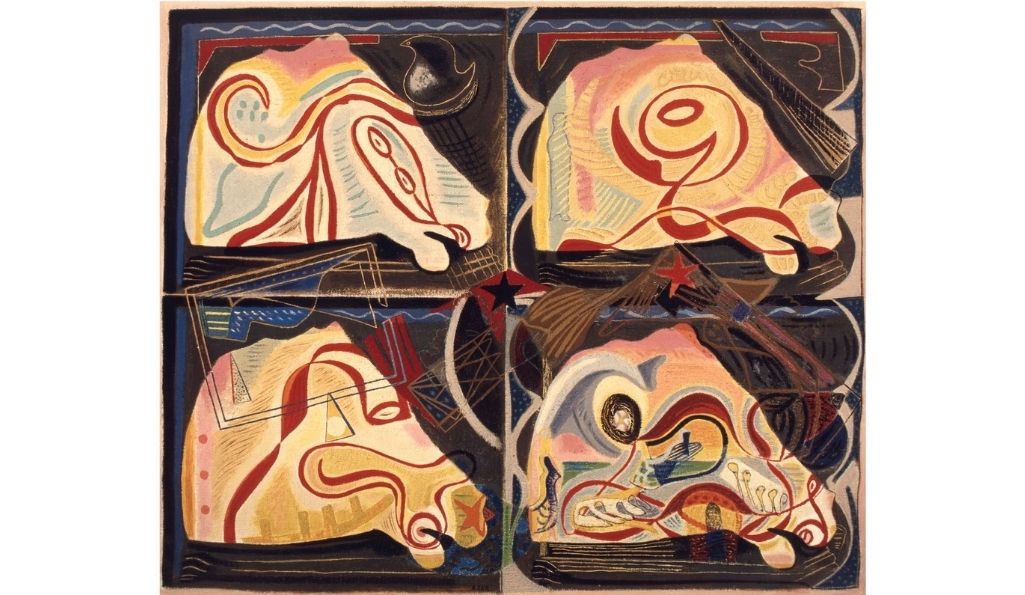 Although Agar worked prolifically until her death aged 91, her heyday was arguably the 1930s. She was part of a milieu that was as brilliant as it was transgressive: she befriended André Breton and holidayed with Picasso and Man Ray. She also met artist Paul Nash who would become her sometime lover. In 1936 she was one of few women to be included in the International Surrealist Exhibition, a seminal show that introduced Surrealism to Britain, at the New Burlington Galleries in London. The following year she participated in Fantastic Art, Dada and Surrealism at the Museum of Modern Art in New York. 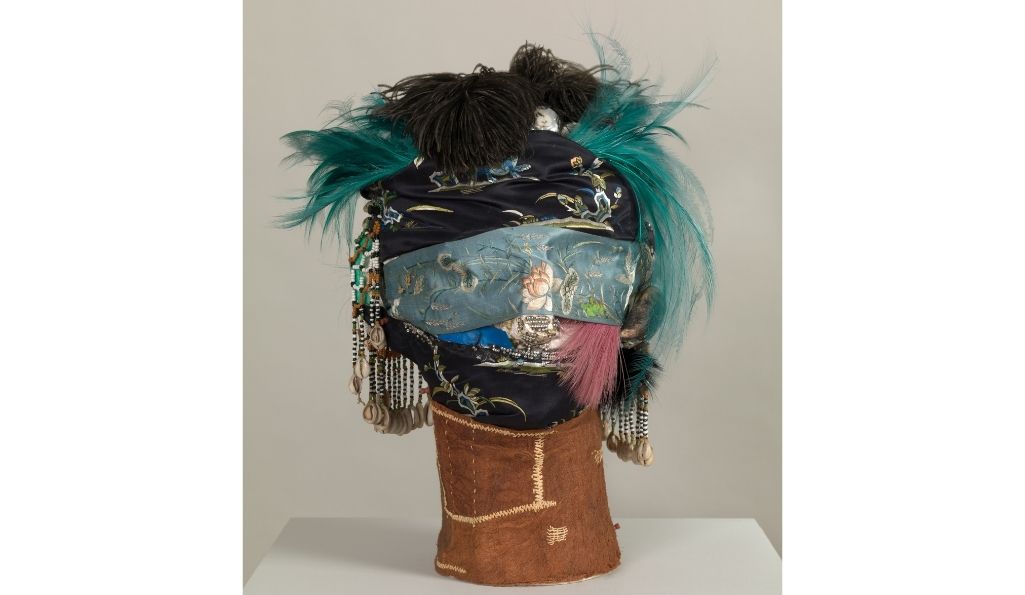 Her works from this period are characterised by an experimental use of media, among them, Angel of Anarchy, a plaster-cast head covered with feathers, fabric and diamanté stones. During wartime, her energies were largely focused on the war effort. Post-war prosperity, however, saw the artist return to painting and embrace more joyful subjects. Dance of Peace (1945) and Cornucopia (1949) are illustrative of this. 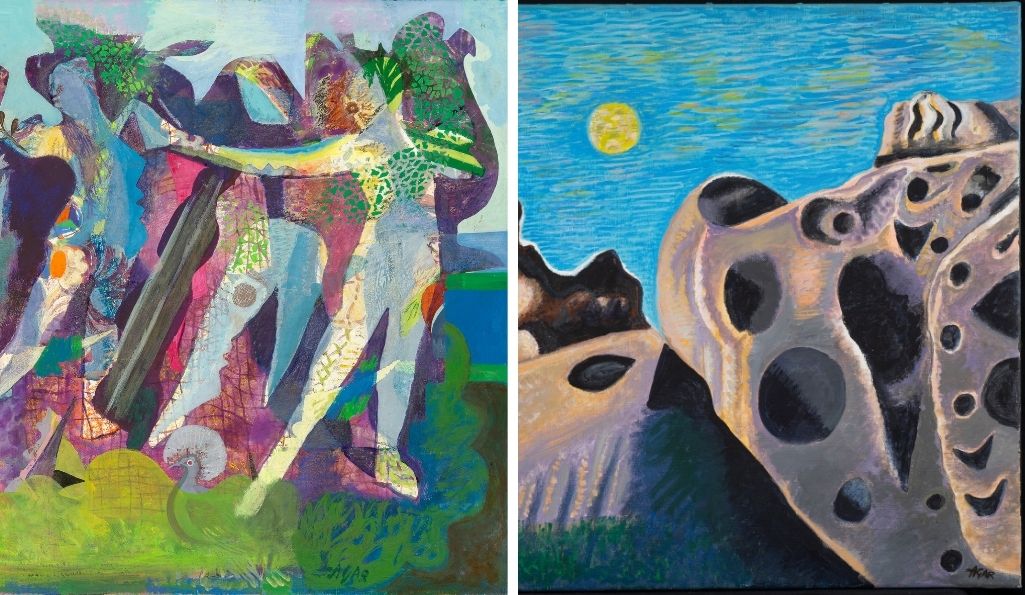 Although she exhibited less internationally after the war, her late-career works garnered interest from private collectors and public institutions alike. In 1959 The Arts Council purchased Agar’s Poet and his Muse; while in 1961 Tate acquired her 1960 portrait of friend and poet Dylan Thomas. In 1986, at the age of 87, she modelled for Issey Miyake. Four years later she was elected to the Royal Academy.

A new retrospective at the Whitechapel Gallery, Eileen Agar: Angel of Anarchy, celebrates a phenomenal career that spanned almost a century. The largest exhibition of Agar’s work to date will bring together over 100 paintings, collages, photographs, assemblages and archive material, much of which has been rarely exhibited, to chart the development of her uniquely spirited style. ‘I’ve enjoyed life,’ Agar once said. This exhibition looks set to prove that.