Sure, it's a good song, but Elton John better be ready for some company this year. From VISA to Burberry, Heathrow and Sainsburys, every Christmas advert worth watching in 2018 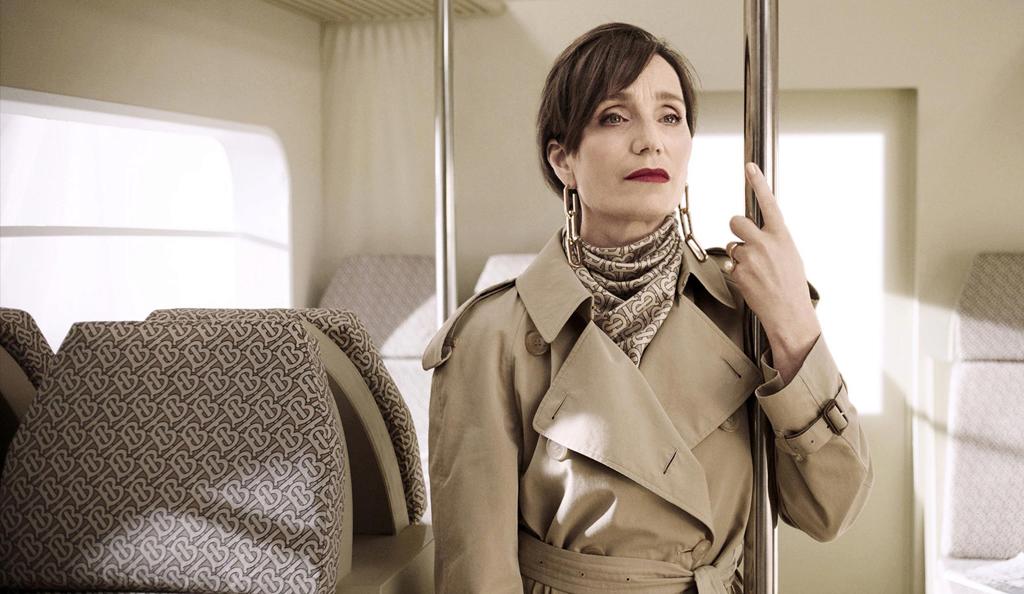 Kristin Scott Thomas in the 2018 Burberry Christmas campaign
Who does Christmas belong to? Gone are the days when John Lewis monopolised the anticipation around the idea of a Christmas advert, however soft the non-human characters looked and no matter how twinkly the acoustic covers could be. This year, we've done the hard part for you. Cutting no corners, dusting off every chimney and curling every ribbon, we've watched nearly 40 different stories for Christmas: adverts, marketing campaigns, films, spoofs of everything combined. There was even a (still ongoing!) five-part mini series.

During this task, we learned a lot. If your advert is too political, it'll be banned (sorry Iceland). The ideal length is somewhere between 30 seconds and a minute. Two minutes is the absolute limit – any longer and you're just pushing viewers closer and closer to their pre-packaged Spotify playlists. It's good if you can find a reliable narrator (Bill Nighy wins this round), great if you can repurpose a catchy tune (Amazon struck gold) or, better yet, make it enjoyable to hear Mariah Carey's melodies in November.

Luxury fashion brands, predictably, looked divine. Barbour played it safe with a tribute to a familiar frosty friend and Coach enlisted Selena Gomez for their campaign. On the high street, shoe retailer Zalando delivered a surprisingly moving advert spanning tens of lifetimes, while Debenhams flipped the narrative with a quippy campaign celebrating the gift-giver this year. Monsters came out to play for TK Maxx and Argos, but maybe they should have learned from Heathrow how to choose their mascots.

However, supermarkets dominated the scene by capitalising on a wide spectrum of emotions – overlong comedic scenarios (sharpen up, Aldi), a fun Fleetwood Mac cover (you absolutely can go your own way, Tesco) and a vital, if solitary, Free From advert (we don't mind you recycled it from last year, Morrisons). Fast food chains got involved as McDonald's reminded everyone that vegetables are so their thing this Winter, and KFC sent its main players on a strange walk in the snow.

But talk is cheap – the proof is in the (fruit? treacle? sticky toffee? Christmas?) pudding. In all their glittering glory, here are the very best Christmas ads of 2018.

Emma Thompson narrates the animated story of a little girl who finds an unexpected visitor in her bedroom this Christmas. Earlier this year, Iceland pledged to remove palm oil from its own-brand products. Deemed too political, the advert (made in collaboration with Greenpeace) was banned from airing on TV in keeping with rules in the 2003 Communications Act. But the story is still here, and no less important. Who sits still during the breaks anyway?

A sparkling swimming pool, a fallen Christmas tree and a long-distance FaceTime call show that even your softest friends would rather be home for Christmas. Heathrow is back with its bears for a smart, funny and sunny story this year. If Love Actually met Paddington and shook hands with Paul Young, it would look something like the triumph of this advert.


Waitrose and Partners: Too Good to Wait

Short and sweet, like a triptych of truffles bursting with flavour, Waitrose & Partners focus on the food in their Too Good to Wait stories. While the meta-jabs at this year's John Lewis offering (it's fine, they're family) deserve a chuckle, the Mistletoe ad does a delicious job of marrying romance with... priorities.


Boots: Gifts that get them

Expectations were high after last year's sisterly tale, but Boots have tapped into another brilliant story of understanding family and knowing each other. A daughter sings a modified version of Robbie Williams' 'She's the One' with an essential amount of Northern charm, before giving way to a magical choir rendition that, of course, inspires the best gift-giving.

A computer science lecturer at Virginia Tech university has had the Twitter handle @johnlewis since 2007. Every year, he is inundated with praise and complaints about the retail store's busiest period, and deals with them with endless grace and humour. This year, the social media platform honoured the man in his very own advert – he's not leaving the conversation any time soon.


Burberry: Close Your Eyes and Think of Christmas

It could only be Christmas: Matt Smith, MIA and Kristin Scott Thomas fill the world in hues of creams and browns in a stylish campaign for Burberry's Christmas season. Somewhat reminiscent of H&M's stylish collaboration with Wes Anderson in 2016, it's a decadent, visual treat.

The jingle bells of Mariah Carey's magnum opus could inspire dread, but Visa strip it back for their Christmas ad. Nine real shopkeepers do their very best acapella karaoke snippets to invite the nation to visit the high street this Christmas. An earnest baker and French puppet-maker steal the show, and the song finally earns new meaning that doesn't have to be romantic.

Glitter falls from a gravy boat in the best Christmas advert of the year. The Big Night sees The Greatest Showman director Michael Gracey put on a magical school show with an unexpected New Radicals cover and the moment when an electrical plug became the most important character of this festive season. There's no need for a hashtag or a script, the shining star (eight-year-old Tia Isaac from East Ham) teaches the greatest lesson of all this Christmas. You only get what you give – who knows what we gave to be lucky enough to get this.