Where to celebrate the Platinum Jubilee Bank Holiday, plus the finest essentials if you’re hosting your own party… 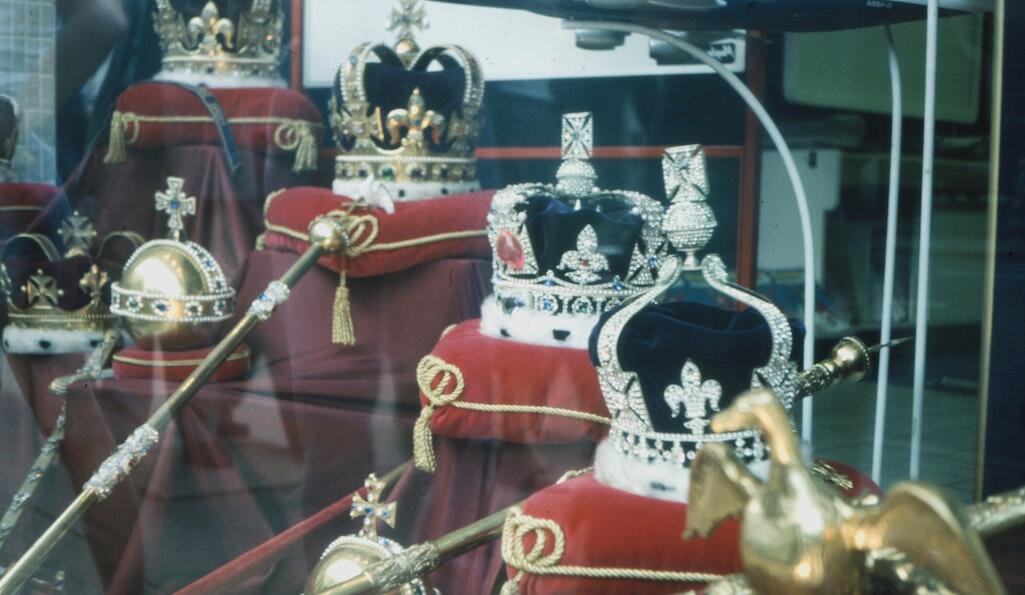 Queen’s Jubilee 2022: where to celebrate
The Queen’s Platinum Jubilee runs from Thursday 2 to Sunday 5 June 2022, marking Her Majesty’s 70 years of service as the country’s monarch – a first in British history. The late May Bank Holiday has been moved to early June, meaning many of us will get to enjoy Thursday 2 and Friday 3 off work.

Every pub, restaurant, supermarket and local leisure centre is doing something to celebrate the monumental occasion. Street parties up and down the country will see Union Jack bunting strung from lamp-posts, champagne flowing and tables laden with cucumber sandwiches, cakes and cream teas lining the pavements. In central London, museums, galleries and landmarks are putting on a cultural spread in honour of the Queen’s long reign.

Here’s where to celebrate the Platinum Jubilee Bank Holiday, plus the finest essentials if you’re hosting your own party…

The bunting has been raised and the flags are flying all weekend at the Old Royal Naval College, where a programme of Platinum Jubilee events spanning free games on the lawns and Jubilee craft-making to royal tours and afternoon tea is taking place. Highlights include A Midsummer Faery Den (June 4 & 5), an interactive theatre production following on from Shakespeare’s woodland comedy; a pirate show, Submersion (June 2 & 3), featuring silks, aerial hoop and acro balance; The Queen Visits (June 2 - 5), an exhibition chronicling Her Majesty’s visits to the museum over the years; and Family Crafts (June 2 - 5), a royalty-themed crafts session.

One of London's liveliest neighbourhoods, Wembley Park, joins forces with two big names in dance – Rambert, the UK's oldest dance company, and Pineapple, the Covent Garden dance studios that have hosted everybody who's somebody in dance – for a mega street party marking the Queen's Platinum Jubilee on Saturday 4 June.

The V&A is showcasing the results of its Jubilee Emblem design competition, which invited aspiring designers aged 13 to 25 to design an emblem to both signify the Queen’s 70-year reign and capture the spirit of the national festivities. Come along to see the winning design by Edward Roberts, which has been presented to Her Majesty and will feature throughout the national celebrations. 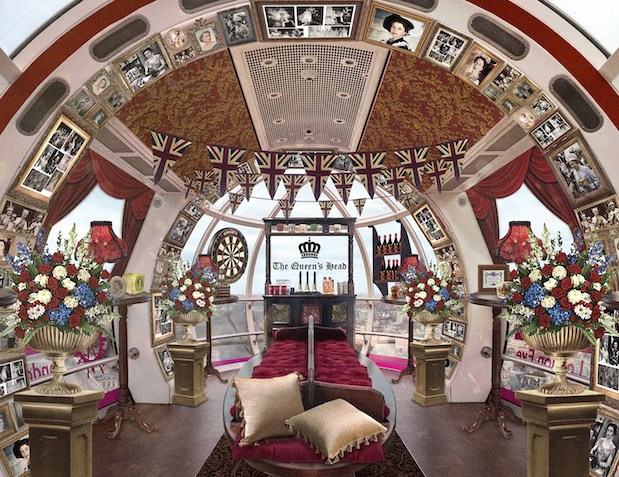 Be a tourist in your own city and admire historic London landmarks from your very own regal, 50s time capsule. We’re talking about the London Eye, which has transformed one of its pods into ‘The Queen’s Head Jubilee Pub’. Book in for a 30-minute ride: sitting on a plush throne, surrounded by Monarch-themed memorabilia, you’ll soar above the streets, raising a royal cocktail (or two) to Her Majesty.

The public is invited to join ‘A Right Royal Docks Jubilee’, where the Queen Baton Relay will take place, as it passes globally through the Commonwealth. There will be live performances including the English National Ballet’s Youth Company, West Ham women’s team and Grime Group Ruff Sqwad Academy.

The Queens Baton will finish with a concert, including both local London based artists, such as BBC Radio 1Xtra DJ and broadcaster Swarzy Macaly and African World Pop musician Vincent Bugozi and his band who will bring incredible energy with a set of Afrobeat, Reggae, Afrocuban, and Pop. 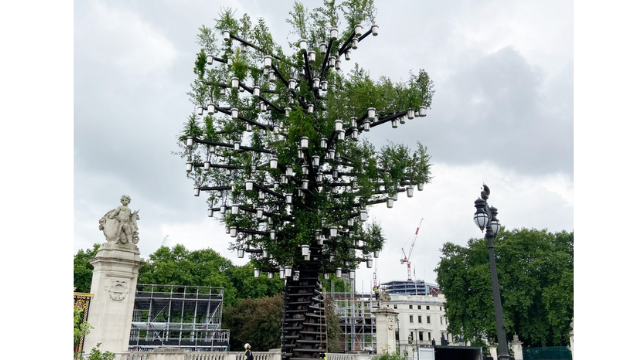 Tree of Trees, by Thomas Heatherwick's studios
When: Thursday 2 to Sunday 5 June
Where: Outside Buckingham Palace

A sculpture containing 350 living trees and designed to celebrate the Queen's Jubilee will be officially unveiled on 2 June. The 21-metre-high sculpture is meant to draw attention to a tree-planting campaign created to mark the Queen's 70 years on the throne.

If your own street isn’t pulling off a party for the Jubilee Bank Holiday, festivities can be found at Seven Dials, where a programme of family activities, masterclasses and 1950s-themed menus (the decade of the Queen’s Coronation) awaits. Highlights include flower crown workshops (Thursday 2 June), a Queen Bling Nail Art pop-up (Saturday 4 June), a 1950s burlesque class at Coco de Mer (Saturday 4 June) and royal-themed cocktails all round.

Got some kids or teens in tow? There are plenty of free events happening at the National Maritime Museum to celebrate the Queen’s Platinum Jubilee and teach them about the Royal Borough of Greenwich’s rich and regal history. Follow a photography trail documenting the Queen’s visits to Royal Museums Greenwich through the years, take part in free, outdoor games, and have a picnic on the grounds which have been decked out with bunting for the occasion. 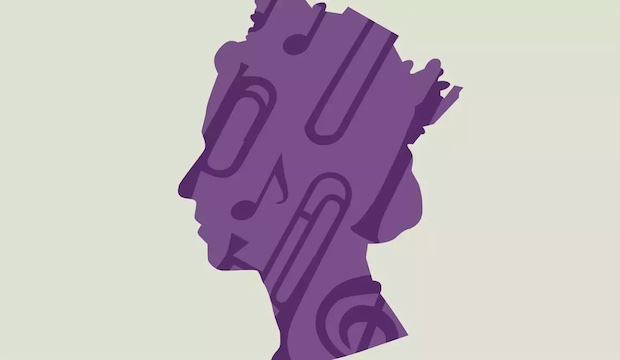 Southbank Centre is marking the Queen’s long reign with a concert of majestic works, performed by the Royal Philharmonic Orchestra, the Royal Choral Society, the Bach Choir and distinguished soloists. Listen out for Handel’s Zadok the Priest (Coronation Anthem No.1); Vaughan Williams’ Fantasia on Greensleeves; Schubert’s Ave Maria, D.839, and more. This concert is suitable for audiences aged over seven. 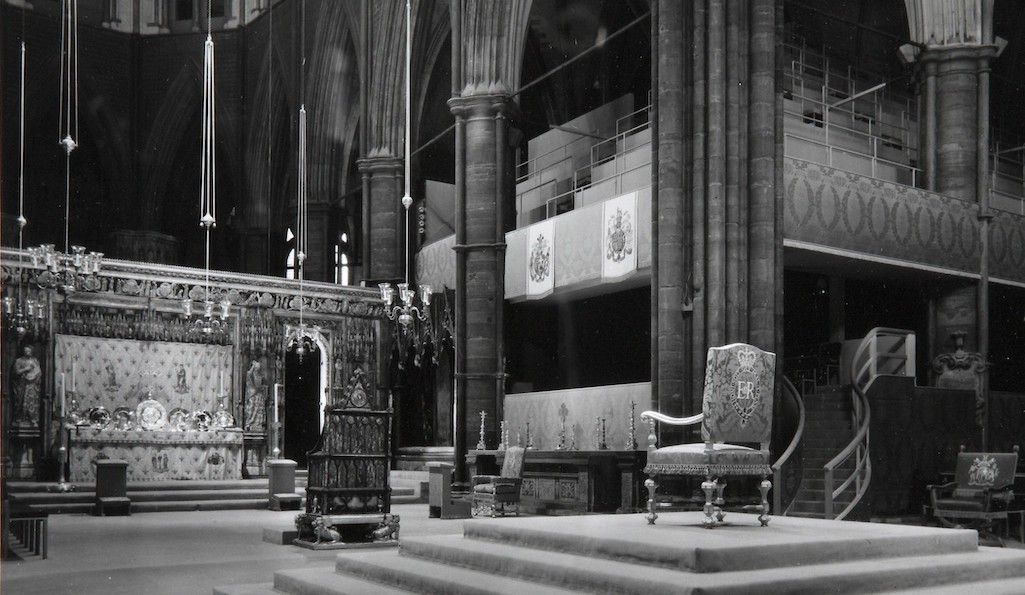 The National Archives: Royalty on Record

The National Portrait Gallery might be closed until 2023, but visitors to its website can peer at a collage of portraits of the Queen, spanning her lifetime. 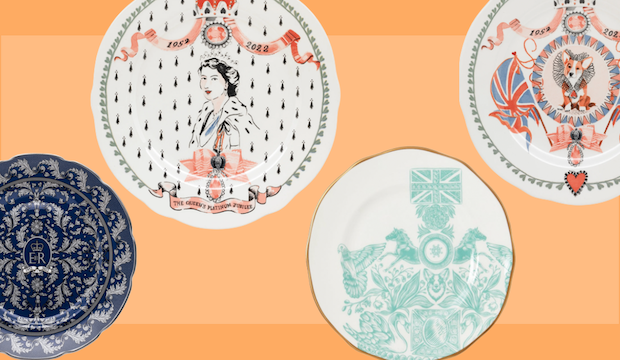 If you’re throwing your own party, make it classy with a little help from two of the most British department stores. For a sophisticated selection of Union Jack merchandise (paper plates, cups, bunting and cake toppers) look to The Queen’s Platinum Jubilee range at Harvey Nichols. For memorabilia you can keep after the momentous occasion, check out The Platinum Jubilee collection at Fortnum & Mason, featuring special-edition crockery, tea towels, biscuit tins, hampers and more. 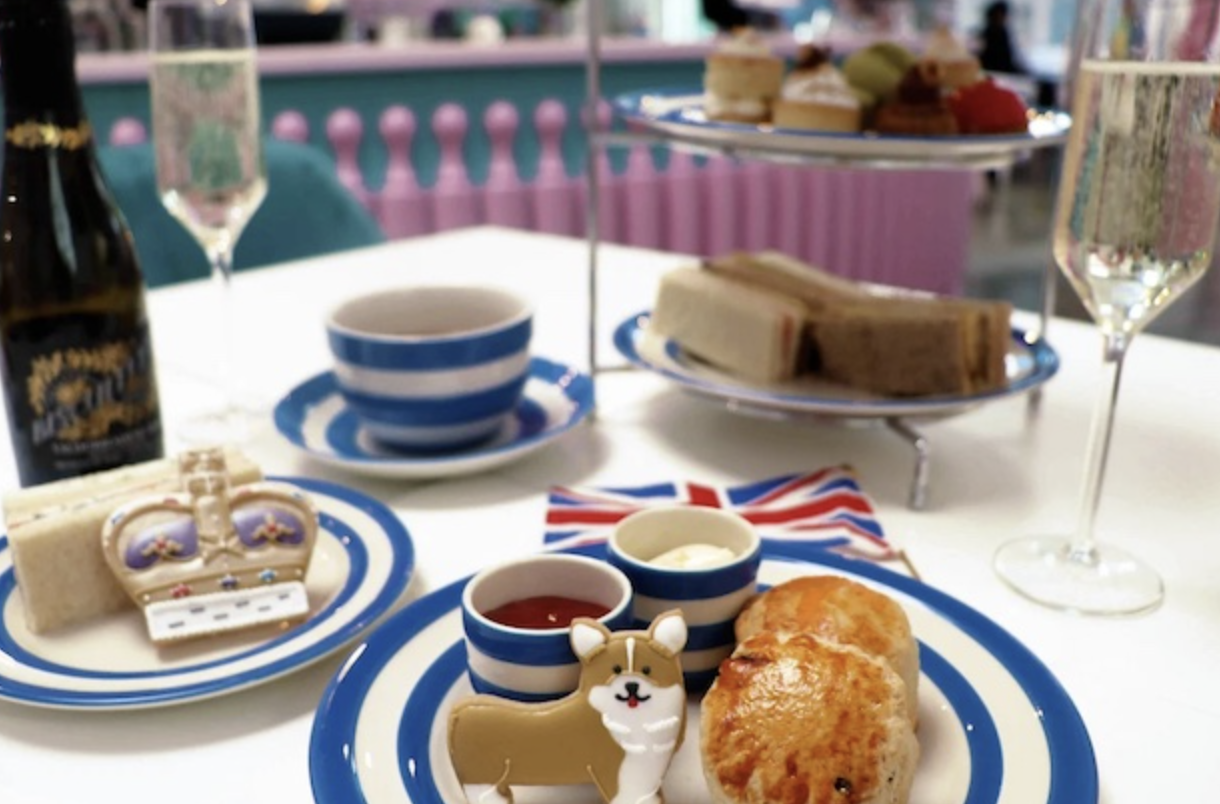 Most of London’s leading suppliers of afternoon tea are running a special menu to mark the Queen’s Platinum Jubilee, but one of the most picturesque can be found at the two branches of Biscuiteers. Look forward to rhubarb and chocolate cheesecake, yuzu and lemon meringue tart and Jubilee-themed biscuits, including some shaped like little corgis.

Check out our guide to the best afternoon teas in London