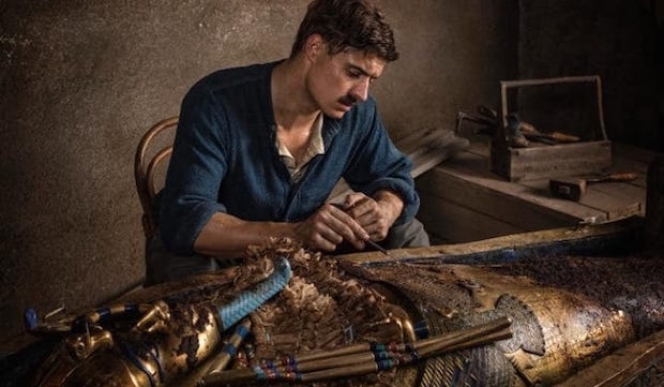 Hot on the heals of The Durrells and the recently concluded Victoria, this ITV's latest Sunday night drama: Tutankhamun. Just like all those other Downton Abbey replacements, Tutankhamun is a big period drama full of beguiling English eccentricity, steamy love interests and a war. Which makes the TV show sound much better than it actually is.


This is the true (ish) story of Howard Carter (Max Irons) and Lord Carnarvon (Sam Neill), who plot together to find the Tutankhamun's tomb in the Valley of the Kings. All around them, the other archaeologists bemoan the fact that there's nothing remaining in the whole of Egypt to be found, only scarab beetles and dusty cups. But Carter knows differently. He knows there are treasures galore to be found. He can even feel large 'very heavy' tomb in his gut. Indeed, Carter has such a convincing, tomby-guty feeling, that Lord Carnarvon, who knows nothing about anything, decides to sink his money in a fool-hardy expedition and follow Carter literally to the end of the earth and into the underworld. 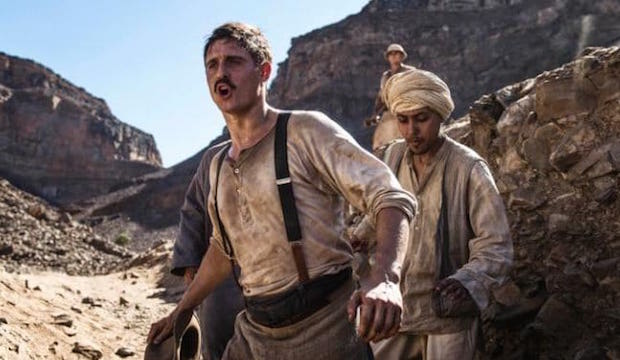 This maybe based on a 'true' story, but Tutankhamen is silly enough to feel like fiction. Indeed, that's partly because so much of what happens on screen is fiction. The blossoming romance between Carter and the attractive young Evelyn [Amy Wren] is almost entirely speculative. It's also filled with awful people: everyone is ludicrously stern, sarcastic, posh beyond measure. You wouldn't even want to meet the fat Englishman who went digging for artefacts in the buff. Well so what. Downton Abbey was a fiction filled with po-faced poshos and we all went mad for that.

Downton Abbey did a number of things very well, however, and that Tutankhamun totally fails to do. Firstly, a sense of humour. Tutankhamun badly needs Maggie Smith to clamber onto set, point out how awful everyone is and maybe try to pinch a sarcophagus by sticking it up her skirt. We could really do with a blustery butler whose eyes can pop out of his head in horror when the Lords and Ladies start flirting with one another. But we don't get any of that -- Tutankhamun is dry like the desert.

And a smattering of Downton's dry wit isn't the only thing to miss. Whilst a servant storyline was innovative in Downton and irritating in Victoria, it would have been wonderful here. By focussing only on what the English have to say, there's no sense of what the Egyptians thought, felt and tolerated. Imagine a bunch of weirdos arriving in your country, interrupting your lives and paying you to dig up some ancient cat remains. There's got to be a funny story line to be found amongst all of that. 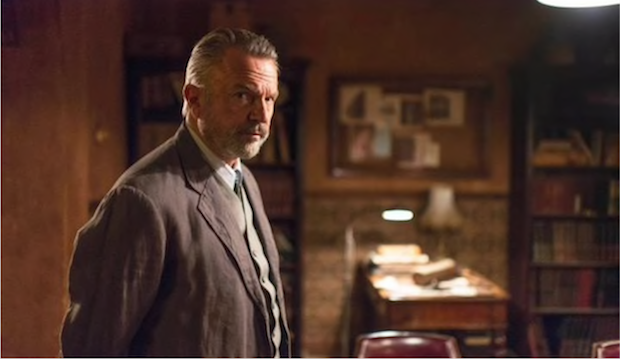 So, Tutankahum offers the best and worst of the Brexit Britain's vision of itself: a soppy, humourless, romanticised picture of England where men are brilliant, bold and brave, and women simper about in long skirts. Everyone smokes cigars, has tons of money and couldn't give a toss about you if you weren't born in that green and pleasant land. And it's all magnificent. Jolly good. Tallyho old chap. Not a big surprise to discover this carefully constructed 'true story' is mostly fiction then, after all.