When everyone is Instagramming their meals, is it harmless fun - or verging on the obsessive? 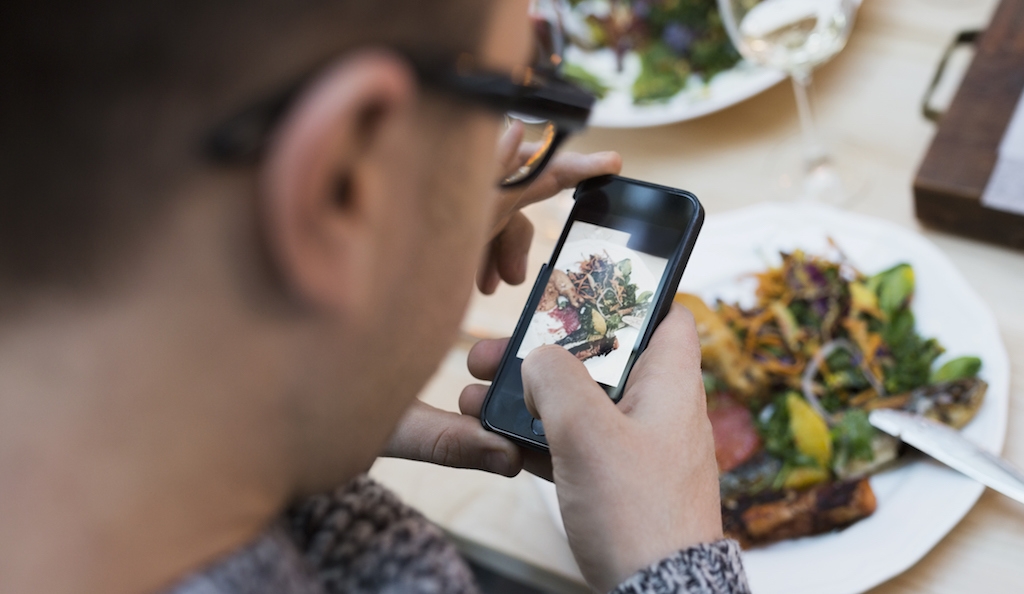 Is Instagram spoiling dining out?
Whenever you go to a restaurant, you’re likely to see people taking photographs of their food with the kind of hushed concentration that normally fits with attending a religious service. While the chef’s art gently cools on their plate, brows are furrowed, buttons frantically pressed and, after a couple of moments of tweaking and colouring, voila! The evening’s dish has been Instagrammed, made a moment of historical record on someone’s feed, and the proud diner only has to sit back and watch the likes and envious comments come pouring in.

Of course, there’s nothing actually wrong with this harmless, if rather geeky, pursuit; it’s certainly preferable to what happened a few years ago, when bloggers and food snobs would turn up at new restaurants armed with professional-standard cameras and subject fellow diners to increasingly intrusive flash photography. And, after all, one can take the attitude that once you have paid for a dish, it’s yours to do with as you will, whether that involves eating it, photographing it or simply staring at it in rapture, as if one was looking at a piece of modern art.

Yet there’s also an exclusivity to this pastime, a sense that food doesn’t really ‘count’ somehow unless it’s been gussied up to look a million dollars. Some of the most delicious cuts of meat and fish are never going to be especially photogenic, and everyone knows that the oddest, knobbliest potatoes and tomatoes are sometimes the tastiest. However, in an increasingly image-conscious business, restaurateurs are concentrating on the look of what’s on a plate even more than the taste. Saying that, for instance, the black pork curry at Hoppers is superb gets a casual ‘I see’, but an envy-inducing photograph does more than speak a thousand words; a regram, especially from a high-profile figure with thousands of followers, is a deeply coveted thing indeed.

There is nothing wrong with making food look appealing; in fact, it’s one of the main reasons why people pay a considerable amount, in some cases, to go to expensive restaurants. And for some of London’s cult dishes, there’s an undeniable pleasure in being able to compare the glossy publicity shots with the reality of what lies on your plate; sometimes it’s even more appealing. Still, while we’re the first to admit that we salivate at particularly tasty morsels of temptation on Instagram, we’re also able to put down our phones, talk to the people that we’re out with, and wait until we’re on the tube home before gloatingly uploading the highlights of our meal. Which, in retrospect, is always that bit more appealing.