Two significant anniversaries, five world premieres, a busy live cinema programme and the return of much loved classics - the Royal Ballet’s 2017/18 Season is a mouth-watering affair. 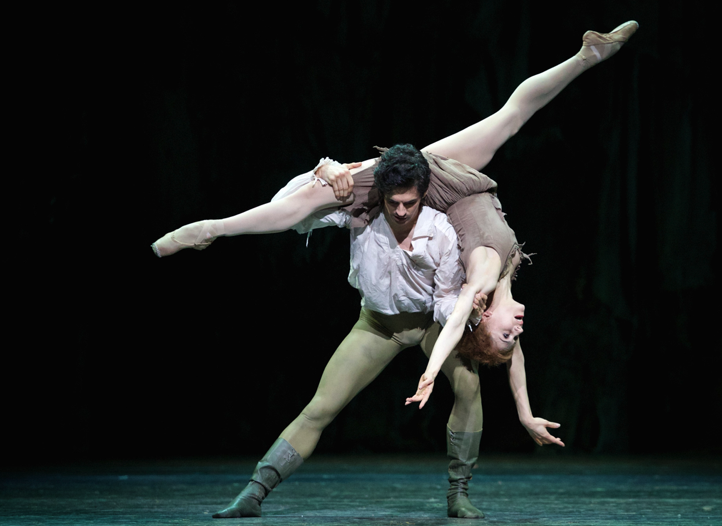 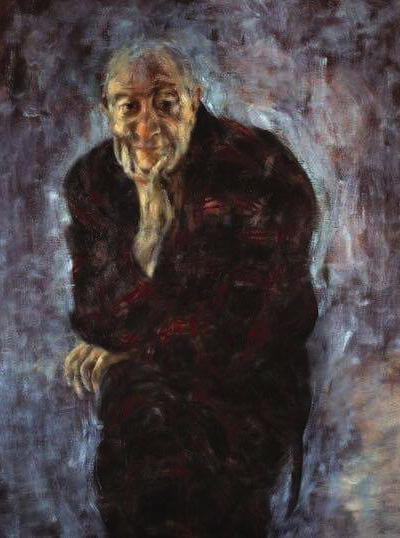 Kenneth MacMillan, seen here in an oil portrait by his wife, Deborah MacMillan, was a towering figure in British ballet; and the 25th anniversary of his premature death is rightly being marked with a tribute to his choreographic genius in the Royal Ballet’s 2017/18 Season.

With “collaboration” being the buzzword in the arts at the moment, Kenneth MacMillan: a National Celebration will bring together four ballet companies, besides the Royal Ballet: Birmingham Royal Ballet, English National Ballet, Northern Ballet and Scottish Ballet.

For most of the month of October these five companies will take to the ROH main stage in a mixed programme of one-act ballets by Kenneth MacMillan, dancing either together in the jolly ragtime Elite Syncopations, or separately.

So, English National Ballet will perform Song of the Earth, the rights to which it has recently acquired, Scottish Ballet Le Baiser de la Fée, Northern Ballet will dance MacMillan’s moving homage to the soldiers of World War I, Gloria, and the Royal Ballet will present the powerful and disturbing Judas Tree.

In addition, a smaller company, Yorke Dance Project, will perform MacMillan’s Sea of Troubles, based on Shakespeare’s Hamlet, in the small Clore Studio Upstairs.

And the Royal Ballet will bring back one of his best loved works, Manon.

There will also be a number of Insights and talks on MacMillan’s legacy.

The second anniversary featured in the Royal Ballet’s 2017/18 season is the centenary of the birth of the American composer, conductor and all-round musician Leonard Bernstein.

TRY CULTURE WHISPER
Receive free tickets & insider tips to unlock the best of London — direct to your inbox
All three Royal Ballet associated choreographers will be represented in a triple bill of one-act ballets set to Bernstein scores in the Spring of 2018. There will a new work by Christopher Wheeldon, with designs by the fashion luminary Erdem Moralioğlu, winner of British Fashion Designer of the Year Award, among many other distinctions.

And the third piece in the Bernstein programme is a return of Liam Scarlett’s The Age of Anxiety. 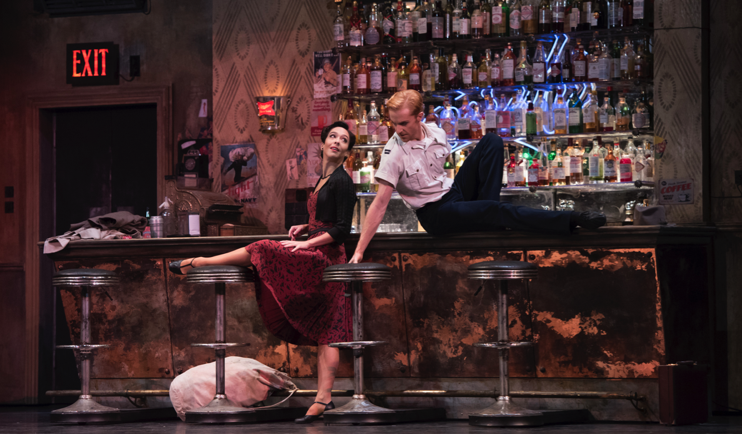 Liam Scarlett, The Age of Anxiety, Laura Morera, Steven McRae photo ROH 2104 Bill Cooper
Liam Scarlett will be a busy man during the Royal Ballet’s 2017/18 season, as he is working in a long overdue new production of that timeless classic Swan Lake, which will bring the season to a close.

Royal Ballet Director, Kevin O’Hare, promised the new production would bring a fresh look at the work, while taking into consideration the whole story of the Royal Ballet. Intriguing.

American choreographer Twyla Tharp has been commissioned to create a new one-act ballet. "The Illustrated ‘Farewell’” is an extension of her 1973 piece As Time Goes By, and will be presented in November.

The same programme includes Arthur Pita’s first work for the ROH main stage, a one-act ballet inspired by Dorothy Scarborough’ s 1920s novel The Wind. Subsequently turned into one of the last black-and-white films starring the legendary Lilian Gish, it tells the story of a young woman who goes to live in a remote rural community, where her sanity unravels with the unrelenting wind. Very Arthur Pita, this storyline should provide quite a few gothic moments.

This triple bill is completed with the revival of Hofesh Shechter’s 2015 work Untouchable, the Israeli choreographer’s take on the very contemporary theme of refugees and dislocation.

Hardy perennials making their regular return to the stage include The Nutcracker - over Christmas, of course! - and the very epitome of Romantic ballet, Giselle.

An instant classic, Christopher Wheeldon’s multi-award winner The Winter’s Tale will return in February/March; and his highly amusing take on Lewis Carroll’s Alice’s Adventures in Wonderland - tap dancing caterpillar and all! - will kick off the season on 27th September.

Choreographer Frederick Ashton, who more than any other went a long way towards defining the Royal Ballet’s style and identity, will be represented: his full length ballet Sylvia, with a delightful Delibes score, will lighten up a few dark Winter evenings in November/December.

Spring will bring us Marguerite et Armand, which Ashton created in 1963 to celebrate the unique on-stage chemistry between Margot Fonteyn and Rudolf Nureyev; this piece will be shown alongside Wayne McGregor’s Obsidian Tear, premiered last year and featuring the Royal’s male dancers, and Elite Syncopations.

No less than six programmes will be relayed to cinemas across the nation, with the live relay on weekdays and a recorded encore the following Sunday. They are Alice’s Adventures in Wonderland (23rd/29th Oct), The Nutcracker (5th/10th Dec), The Winter’s Tale (28th Feb/4th Mar), Bernstein Centenary (27th Mar/1st April), Manon (3rd/6th May) and the new production of Swan Lake (12th/17th June).

All in all much to look forward to in the Royal Ballet’s 2017/18 season - so, get planning! The box office for the first part of the season, Autumn, opens on 26th July.