Dance at the Summer Music Festivals

Dance in its many manifestations takes to the stage at Glastonbury, Latitude and Wilderness music festivals and much fun will be had by all 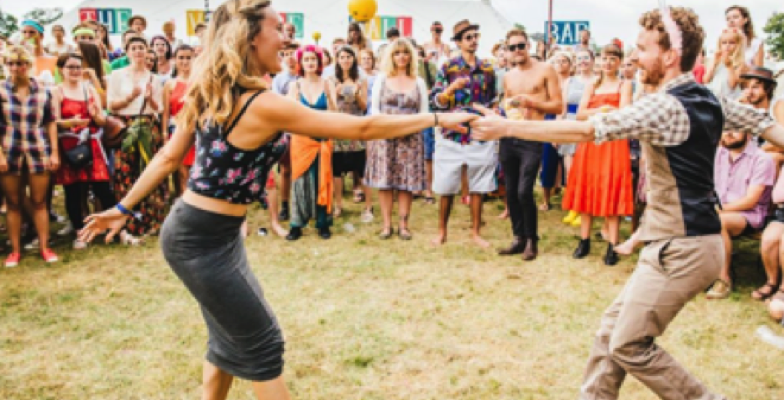 Dance at the Summer Music Festivals
Three years ago, the programmers of Glastonbury Festival set a daring precedent by including English National Ballet’s Dust. A new work at the time, it was choreographed by Akram Khan for the highly successful Lest We Forget triple bill. Dance fans may have lapped it up in the more congenial surroundings of the Barbican Theatre, but to put such a piece in front of a general audience of music fans at Glastonbury was a bold move.

TRY CULTURE WHISPER
Receive free tickets & insider tips to unlock the best of London — direct to your inbox
Since then, dance has been ever more widely celebrated at music festivals, and this Summer sees Sadler’s Wells returning to the Waterfront stage at Latitude for the tenth consecutive year, including interactive workshops open to all.

Glastonbury Festival continues its run of Glasto Latino, an exclusive area designed to be the festival’s 'very own corner of Latin America' featuring dance classes accompanied by authentic Latin rhythms on offer each day.

For the second year running there is also extensive dance programming at the Wilderness festival, renowned for the scope and variety of its cultural offering.

Top of the bill at the Waterfront stage this year is a work from Matthew Bourne’s recently toured Early Adventures triple bill celebrating thirty years of the company. Country, a piece previously seen in conjunction with Town, is a witty pastiche on life in the sticks that should suit this rural setting. 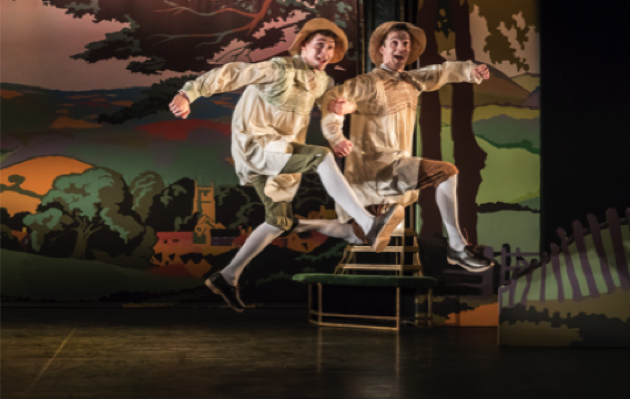 There’s plenty to poke fun at: unpredictable animals, clog dancing and, of course, a healthy sexual appetite between two farm hands. Animals feature through the use of puppetry; a moment when a hedgehog meets his death during the over enthusiastic clog dance will be an amusing crowd pleaser just as it was on the Sadler’s Wells stage earlier in the year.

This performance will be followed by an open workshop where all festival goers are welcome.

BalletBoyz will reprise Life, first performed at Sadler’s Wells last year. The cast of ten will explore emotive themes surrounding life and death. Already enjoying a numerous and faithful following, BalletBoyz have done more than many to bring ballet to the masses; their passion and presence on such a large stage is sure to entice even the hardiest of music fans. 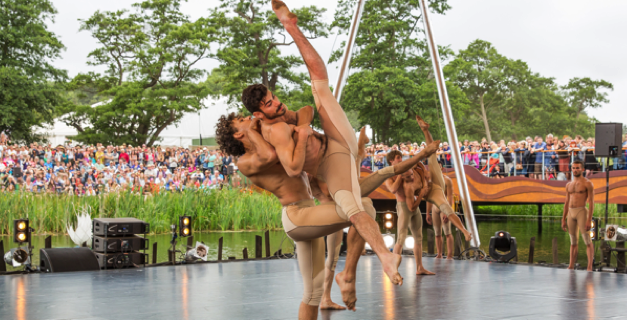 BalletBoyz, Waterfront Stage, Latitude 2013, photo Danny North
With the BBC’s third Young Dancer competition still at the forefront of our minds, the Latitude line-up is strengthened by a showcase from the contest’s finalists. These vibrant young stars will demonstrate their energy and versatility in a section that will feature work from each of the four finalists in the genres of Ballet, Contemporary, Street and South Asian. The quartet seen up close are sure to inspire their young audience.

Accompanying these headline acts, are award winning hip-hop dance troupe Boy Blue Entertainment who will host an event curated especially for Latitude. There will also be performances from Sisters Grimm and Sadler’s Wells’ own National Youth Dance Company who return once again, this year performing Tarantiseismic from guest Artistic Director Damien Jalet. 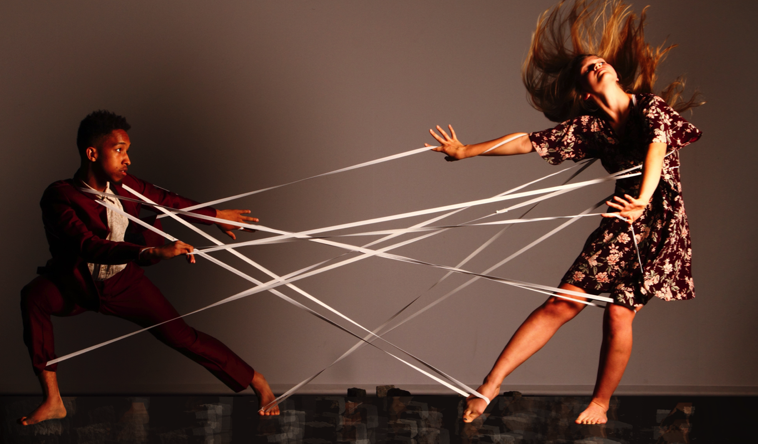 National Youth Dance Company, Tarantiseismic
Glasto Latino is a firmly established part of Glastonbury festival boasting a dance floor and and a Rumba Rum bar! It’s quite possibly the closest you’ll get to a night out while at a festival. Each night features a different Latin rhythm, there’s Cuban, Salsa Celtica (a blend of Latin with traditional folk) and Rumba.

Running over the several days of the festival, each evening showcases a top Latin act, culminating in a headline set from Maykel Blanco and Salsa Mayor, a 16-piece group who have released more than 40 albums.

If you weren’t all danced out with that little lot, there are also daily Latin classes from 1 - 7pm suitable for all levels. Back by popular demand is Buenos Aires-born Eduardo Bozzo, a tango instructor who teaches his modern version of the sultry Argentinian style.

Breakin’ Convention make up this double bill with Artistic Director Jonzi D hosting a fast paced evening of improvised hip hop theatre. The company will also deliver a crowd pleasing series of sketches drawing upon the multi-faceted areas of their skills with beat-boxing, turntablism and rap all incorporated. Audience participation is guaranteed! 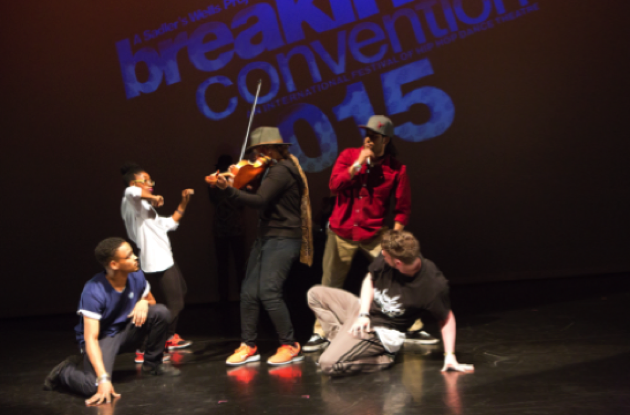 Aside from the Sadler’s Wells programming, Company Wayne McGregor will perform Far and Entity, the latter of which received a series of awards when it premiered back in 2009.

Entity is performed to a contemporary soundtrack created by Coldplay collaborator Jon Hopkins and is the continuation of McGregor’s strand of art and science collaborations.

All of the above performances at Wilderness can be found in the The Atrium area.

For those who wanted to get involved rather than observe, Swing Patrol ambassadors will be spread across the entire festival site, on hand to offer pop up tutorials, taster lessons and generally spread the love of vintage dance and music. If you’re after specific classes, you can find them located in the Orangery, Spiegel Sensorium and Carousel areas where you’re sure to find a strong 1950s vibe.

Glastonbury Festival
21 - 25th June 2017
http://www.glastonburyfestivals.co.uk/
Tickets: Tickets are, as you might expect, completely sold out. But general admission for full weekend tickets (valid from Wednesday 21st June to Monday 26th June) were £238 + £5 booking fee per ticket.