Between playing Isabella in Measure for Measure, Mariah Gale takes a break from Shakespeare to talk gutsy heroines, celebrity Hamlets and happy endings. 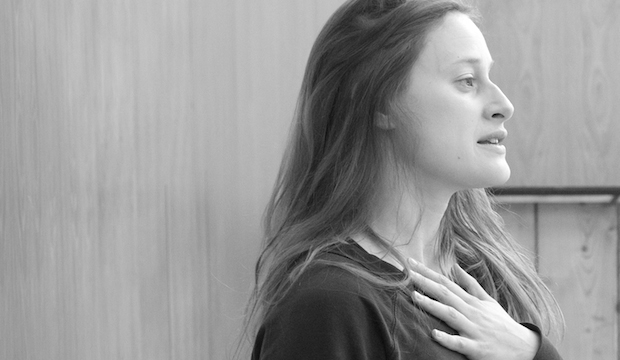 Mariah Gale has had a remarkable acting career so far. Her breakthrough was in 2005 in the modest fringe theatre surroundings of Southwark Playhouse. Her spine-tingling portrayal of the incestuous Annabella in 'Tis Pity She’s A Whore brought awards and whispers that the next great stage star was born.

It was playing Ophelia to David Tennant’s Hamlet (2008) in the RSC’s unprecedentedly popular production that brought Gale's talent to the attention of those beyond the thespian world.

Her sense of wonder is still strong as she recalls the experience, “I really didn’t have a clue how to approach it… It was remarkable because in a sense I got the impression that David really was the ‘observed of all observers’."

"David's such a nice person and very unassuming” she says, but the buzz around the show was “insane – the queues at the stage door and stuff.”

With this August's, even more frenziedly anticipated production of Hamlet due to open at the Barbican starring Benedict Cumberbatch in the titular role, Gale is stoic about the effect of celebrity casting. “It’s wonderful that people are coming to see Shakespeare. That’s only ever a good thing,” she says, adding, “it’s important to have a balance of actors. I know that actors that are well known draw people in… but I also think it’s really important to take risks and support actors who aren’t so well known.”

And Gale’s success as Ophelia shows the value of putting fresh faces in high profile parts. Having since trod the boards at the RSC, Young Vic and on the West End, she continues to charm the critics -- not that she realises. "I don’t read the reviews… I’m not sure I’m thick-skinned enough. My father's making a little scrapbook so I can read them when I’m an old lady."

While it's glowing praise she will find, the weight of expectation from each accolade and good review has its own burden too. "You can put too much pressure on yourself and then you lose sight of what it is that you’re actually doing," Gale agrees "and the worst thing you can do is try to be good in something."

Despite a starring role at the Globe this summer and ten years' of steady stage roles behind her, there's still a sense that she's pinching herself about being there: "it’s humbling… I know so many actors, who I’ve seen perform, and they’re exceptional but didn’t necessarily get the breaks. I’m just lucky to be doing it." 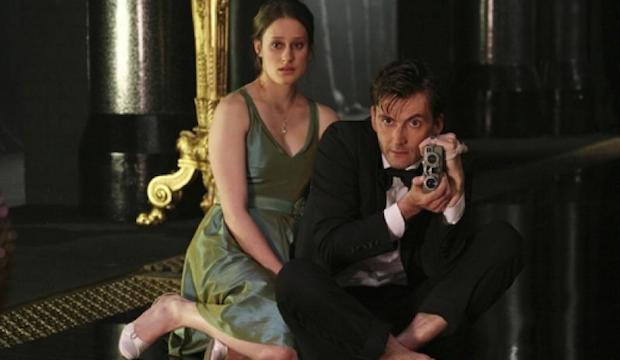 Performing at the Globe

Gale first performed at the Globe in 2004 when she was “fresh out of drama school” and she’s exhilarated to be back: “‘It’s like no other experience and I really feel that you have to have an immense amount of generosity. Partly because all the audience is in daylight and you really can see little expressions flicker over people’s faces…you have to be prepared to let it be an open exchange. You have to go with what the audience is feeling and accept it.”

She goes on to explain how this sensation affects the performance: “It sometimes makes you reach for more clarity”.

‘Clarity’ is the exact term used by more than one reviewer when lauding Gale’s portrayal of Isabella. When Gale talks about her character, it’s clear that the vivid performance is the result of much consideration.

Playing Isabella in Measure for Measure

Novice nun Isabella is a particularly contentious Shakespearean heroine and Measure for Measure’s place as a ‘problem play’ is entwined with Isabella’s refusal to sacrifice her virginity in order to save her brother, and then her sudden marriage and subsequent silence.

It can be hard to sympathise with the headstrong heroine, but Gale cuts to the core of the complex character “there’s something about her that arrests people. It’s not to do with being strident; it’s to do with that incredible compassion she has and tenderness – for everybody. There’s such a combination of fire and ice in her.”

As for those that think Isabella is too stubborn, Gale has no patience: “she’s hugely modern… she’s standing up to authority”.

“I feel that our perceptions of her have really gone on a massive journey since the play’s incarnation,” she explains. And though she normally avoids researching her roles, preferring to have just the text as a blank canvas, Gale says that this production was different: “this character has a legacy, especially with the advent of feminism… so I read interviews with the great Isabellas… I feel like that’s part of my journey as a women, to engage with how our attitudes have changed.”

It is the ending of Measure for Measure that really offers a challenge as self-possessed Isabella, in a moment of extreme vulnerability, ends up married. Having commanded the stage with eloquence she is silent for the end of Act V.

Past productions have finished with Isabella storming out and Gale admits that when she played the part at drama school she "absolutely didn’t want to marry the duke."

But experience and the tone of Dominic Dromgoole’s direction have changed Gale’s perspective. “Now I feel that it's become unfashionable to have happy endings, and I think that we need them.”

And, without simplifying the complexity of Measure for Measure, the Globe's production stays true to the traditions of comedy, with a wedding, music and, of course, dancing.

“I can see the need for the jig…it’s one of my favourite moments” she laughs. 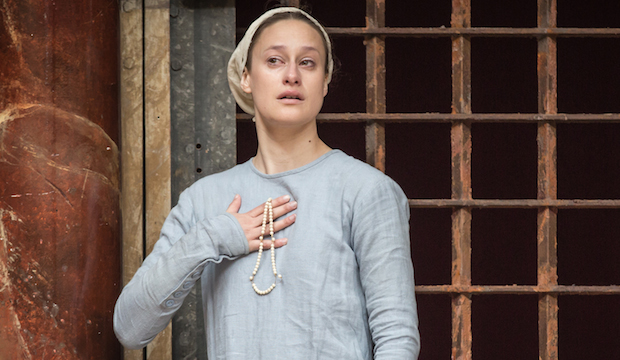 Mariah Gale is playing Isabella in Measure for Measure at Shakespeare's Globe until 17 October.