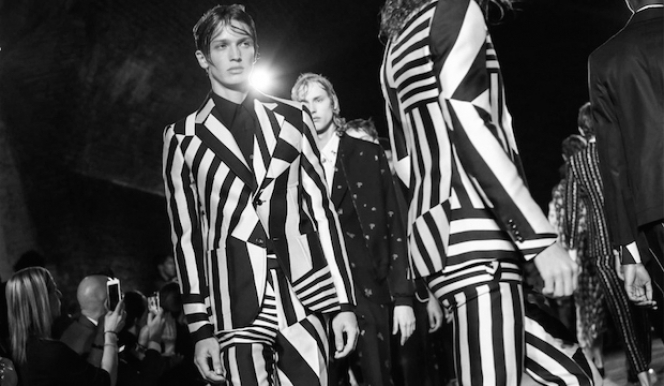 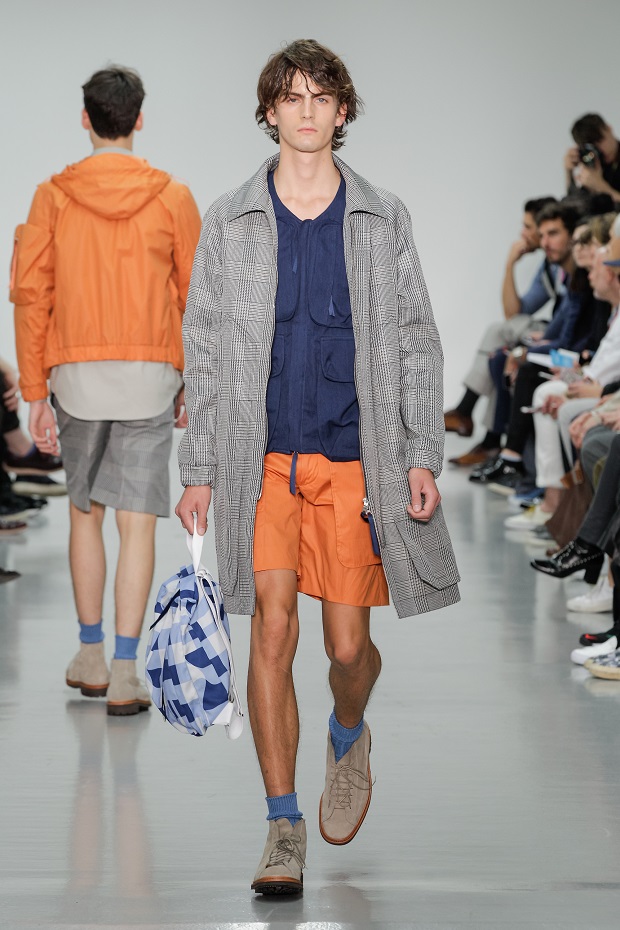 Bold block colours are making a comeback as designers bid goodbye to neutral tones and embrace a more confident and playful vision of menswear. Designer Lou Dalton SS16 show favoured orange and blues, as did Hardy Amies who showed a bright orange jacket in amongst more suave hues of blue. Meanwhile at the Craig Green show orange and rich reds made a notable splash and Christopher Raeburn brought camo colours to the fore with khaki green jackets and rain coats.

No longer reserved exclusively for American fast food restaurants, SS16 says supersize to every option on the menu. Playful as ever Christopher Shannon's show on the first day of London Collections Men had models walk in oversized jeans and jackets, evoking a sense of Baltimore street style. These supersized silhouettes were mixed in amongst tiny bright hot pants and bikini tops draped as necklaces providing a playful tension. Meanwhile Craig Green, known now for his sculptural constructions which blend fashion and art worked with a parachute meets kimono aesthetic, perhaps not the most transferrable to everyday wear, but aspirational as always. 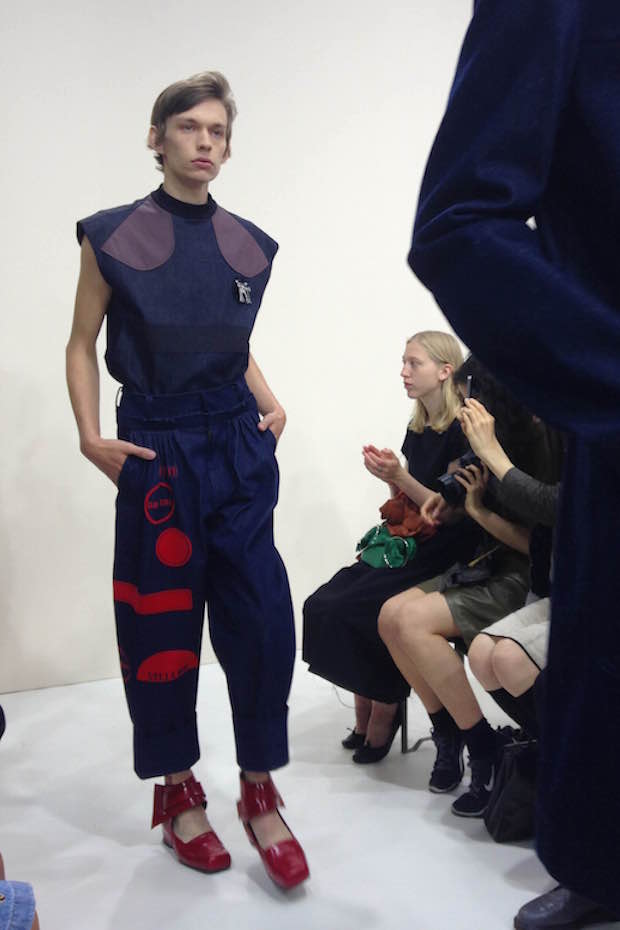 Forget the man bag or fanny pack, the ultimate SS16 trend is to take accessories to places they've never been before. Blending modernist style with minimalist sculpture J.W. Anderson took the concept of portable cases and reduced them to its most basic mechanics proving that form over function is a priority this season. Models wore red and silver shoes, providing a quirky twist to the tranquil vibe of the clothing. Over at Burberry, the briefcase received a patent twist. At Margaret Howell, socks and sandals were given a suave makeover upgrading the aesthetic from geek to glam. An easy look to channel and interpret yourself. Meanwhile at Astrid Andersson the hat was back. Models walked in small black hats with the occasional addition of strands of material which evoked the a Bohemian and carefree spirit, referenced heavily last season with the 70's and now evolved into less tangible, though clearly present aura. 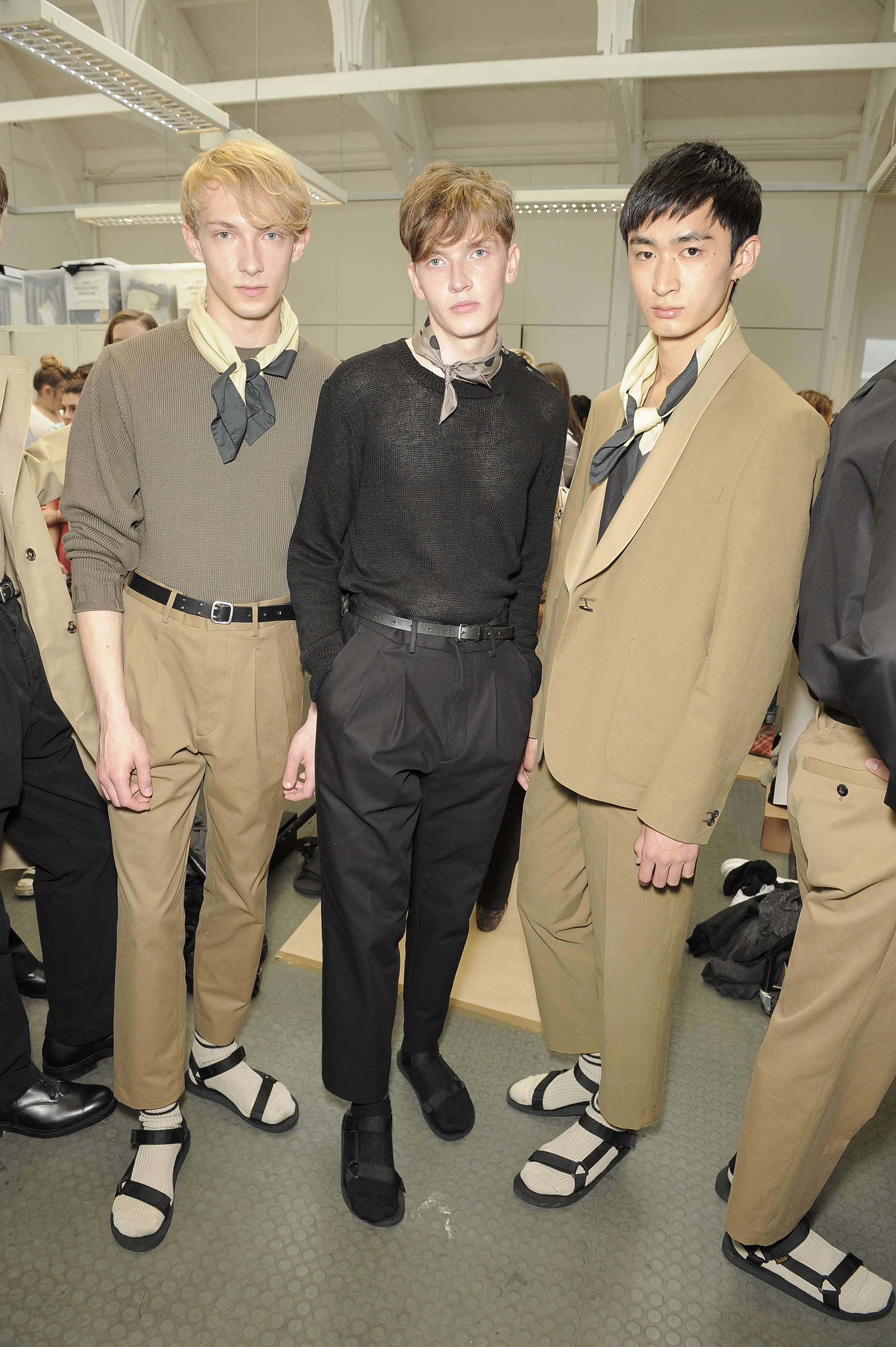 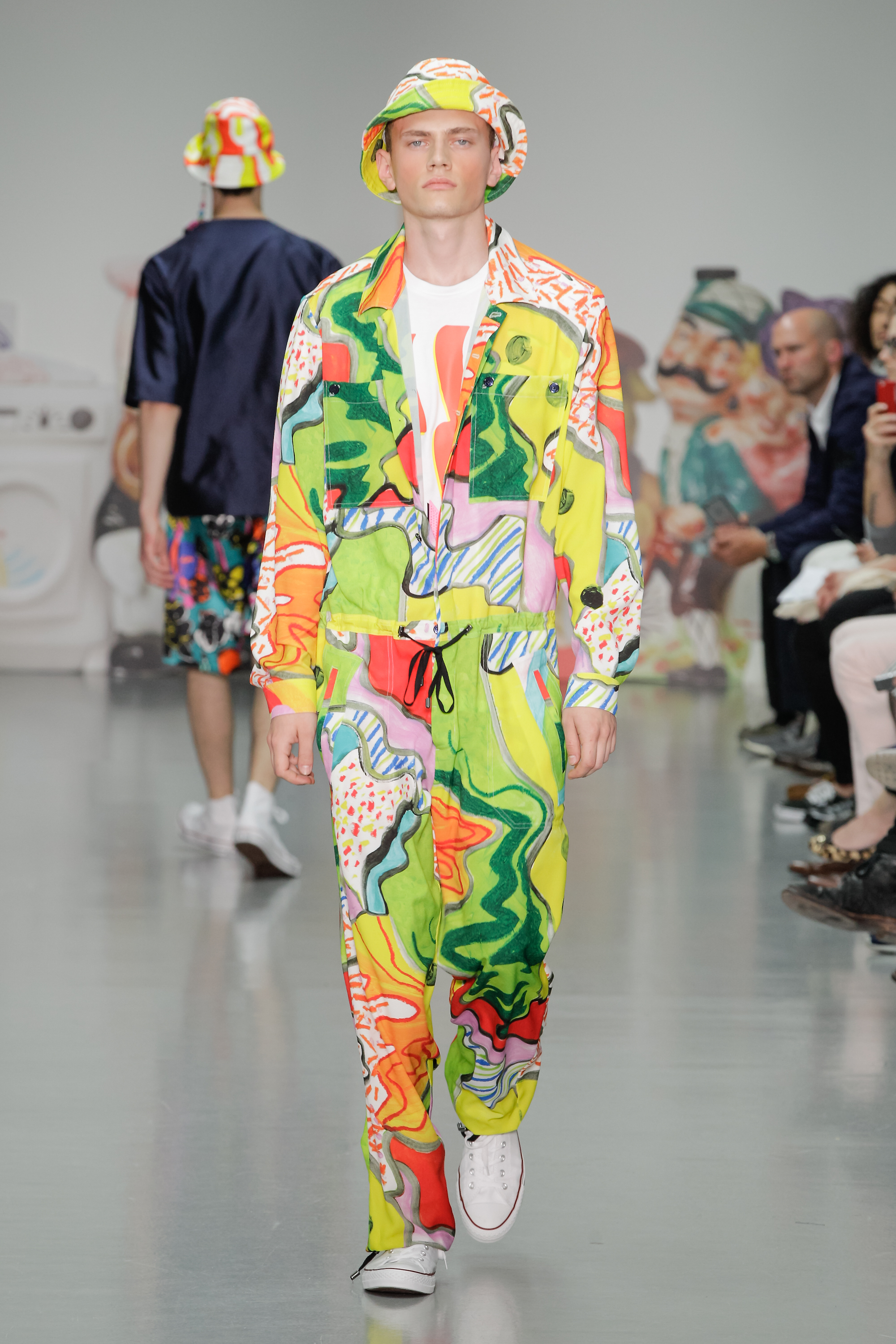 On the other side of the colour revolution, some designers took colour to abstract proportions with clashing prints in clanging tones that worked exceedingly well. Alexander McQueen moved away from the sombre and reflective aesthetic of last season's show to explore menswear through a more nautical lens with white silks embellished with delicate blue images or geometric designs. Disciple of avant garde star Gareth Pugh, designer Kit Neale led with an 'in yer face' collection in which 90's bucket hats (designed by Bernstock Sperids) were mixed with decadent flares to evoke a lad cum art student type of vibe, to great effect. Over at Oliver Spencer prints came in the form of traditional tartan modernised with burgundy suede jackets, earthy waterproofs and zip-down outerwear. Meanwhile in amongst a fairly muted palette, Christopher Kane channeled One by Jackson Pollock with a splatter short and jacket combo.

Sibling's spring/summer 2016 collection brought American college football to the London stage, complete with cheerleaders, pom poms
shoulder pads and raffia-trimmed hoods. In a wry twist, Sibling designers followed where Rick Owens dared to tread last season playing cheekily with nudity. Almost twenty years after the Alexander McQueen bumster made a splash on the catwalk it seems the male derriere may be making a comeback.  Over at Joseph, the catwalk played host to a more sophisticated take on sportswear with updated 90s tracksuits and sportswear made with luxury fabrics.