Fast-paced, spitting with emotion and a joy to watch, The Broken Heart at the Wanamaker playhouse is not to be missed, writes Helena Kealey. 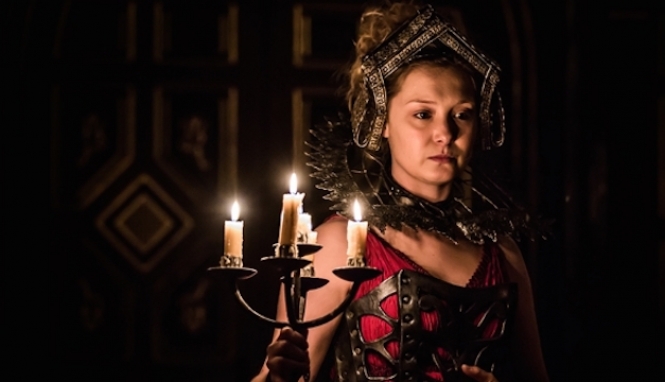 But, under the guiding hand of director Caroline Steinbeis, this notoriously heavy English Renaissance play - set in oppressive Sparta where order and self-discipline are valued - is quick and really very funny.

Right up until the moment tragedy strikes in the second half (when the faint-hearted will need to shield their eyes), strong women with sharp tongues and arrogant men infuse this otherwise bleak play with hearty joie de vivre.

Orgilus, played by the quick yet brooding Brian Ferguson, is one half of the Spartan couple that first greets the audience. He has his happiness shattered when his fiancée Penthea (Amy Morgan) is forced by her brother to marry the old and jealous Bassanes, Owen Teale, for his wealth and standing. The love-sick Orgilus professes to take himself off to Athens so as to remove the hovering image of the happy husband Penthea might have had, but finds himself hiding in disguise and keeping a keen eye on the action, his sister and her own love affair. Cue guilt, revenge plots, dark and foreboding undertones.

The Broken Heart is a thrilling watch, easier to follow (although not totally dissimilar from) than the most dramatic modern reality TV. Nuanced by the atmospheric candlelight of the Sam Wanamaker playhouse, with which the cast experiment magnificently, as they dance, sing, fight and die before you, this is Caroline era drama at its best.