Political, potent and complex: the journey of abstraction in art has no end in sight at Whitechapel Gallery, Adventures of the Black Square 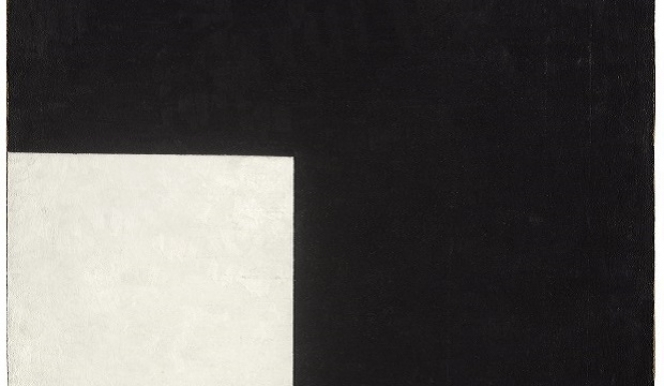 Kazimir Malevich Black and White. Suprematist Composition 1915, Moderna Museet, Stockholm Donation 2004 from Bengt and Jelena Jangfeldt
As OBE curator at Whitechapel Iwona Blazwick explains, "there are so many lyrical ways in which to express abstraction".

This Whitechapel Gallery exhibition attempts to discuss a lot of them, throwing you into the deep end without a life jacket. But this is one complex conversation that you won’t want to miss. 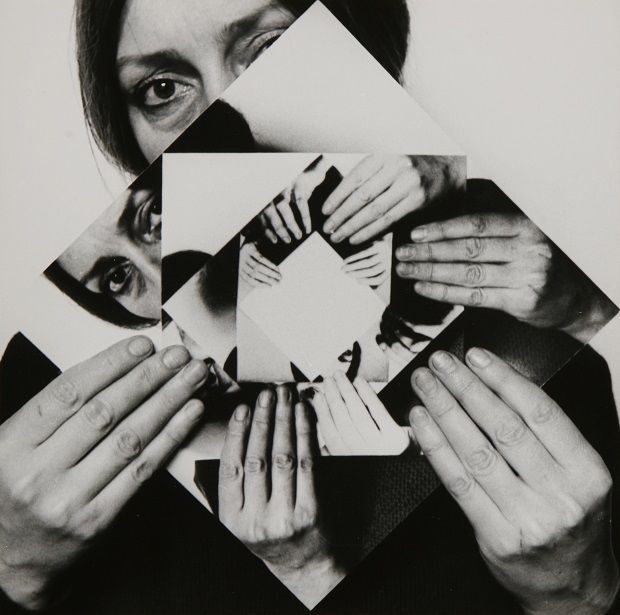 Kazimir Malevich’s black square forms the epicentre of this contemporary art exhibition. You might have spotted the iconic work at the Malevich Tate Modern retrospective last year. The simple Malevich square against a white background first appeared in The Last Futurist Exhibition of Paintings: 0.10 (1915) in St Petersburg, and sparked the flame of abstraction which still rages today. Blazwick and co-curator Magnus af Petersens explain the rupture of the black square created a unique ‘white void’ for artistic revolution.

"One of the greatest legacies of the black square," says Blazwick, "was that it landed like a spark in a hundred different places and different political situations and seemed to spread like fire".

Using 100 artworks by 100 modern masters, this exhibition gets to grips with the rise of abstraction. Entwined with political and social revolution, the stories behind these artists and their works are truly fascinating. But it does require some patience. This London art show is densely populated, and splinters into countless political and social issues which Blazwick describes as ‘a series of doors opening onto other rooms’. Joyfully the white noise of context can be put aside to appreciate the beauty of colour and shapes in abstract painting. 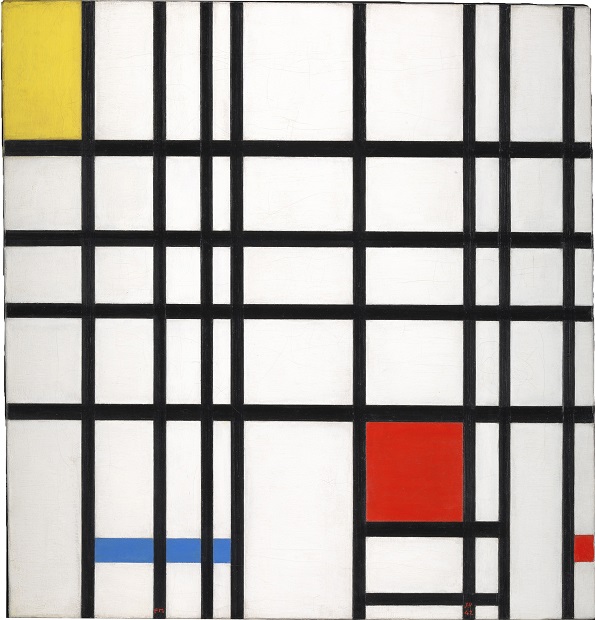 The adventure begins with four key works that represent different topics in abstraction: Utopia, Architectonics, Communication and The Everyday. Where Malevich provides the launching pad for boundless possibilities in his white void, Lyubov Popova’s Painterly Architectonic (1916) creates a new language of structure in art. El Lissitzky’s ‘prouns’ similarly experimented with the boundary between painting and architecture. Over to Gustav Klutsis’, his 1922 loudspeakers sparked a recurring symbol for communication, spied later in Zvi Goldstein’s cones in Element C-14 (1978-82). Finally Sophie Taeuber-Arp’s wall hanging (1981) proclaims the importance of the everyday and the democracy of material.

Under the watchful eye of Iwona Blazwick and Magnus af Petersens the journey of abstraction winds through the rise of Constructivism across Europe and then to Asia, Latin America and the US. Playful ‘creatures’ by South American artists Lygia Clark and Hélio Oiticaca appear which were designed to be break down the space between the spectator and object. There are plenty of other playful moments in the exhibition, which can feel overwhelmingly heavy in political rhetoric at times. Performance pieces Daniel Buren’s Seven Ballets in Manhattan (1975) and a work by Russian artist Anna Parkina for example, help bring the show to life. 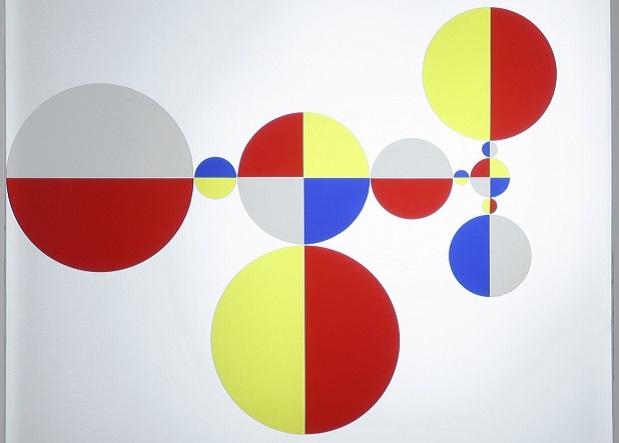 But the path of abstraction has not been simple. ‘Contradictions that were never resolved, kept artists interested’, explains Blazwick. At one point both Malevich and the Dutch painter Piet Mondrian were pursuing spirituality in mathematical theory, turning away from sentimentality and subjectivity. In contrast, Malevich’s colleague Vladimir Tatlin was interested in the real and the material, which he claimed represented nothing else except itself. Malevich agreed: ‘paint is just mass’.

Stepping into the last gallery there is noise and action. Later into the 20th century, heroes of modern art toyed with the same ideas that Malevich had been shouting about in 1915. In a curious film, Belgian artist Francis Alÿs meticulously paints a line in the centre of a road to comment on the US occupation of Panama. Projections from Melanie Smith in collaboration with Rafael Ortega of Aztec Stadium where hundreds of students hold coloured card to create large images, shows that abstraction appears in many guises. 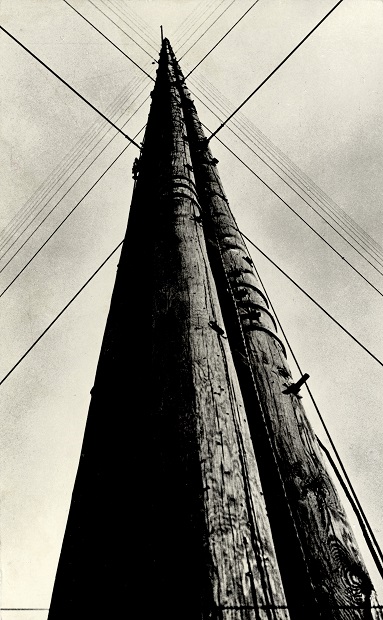 Highlights to look out for include Aleksandr Rodchenko and Lásló Moholy-Nagy’s photographs of the soaring radio towers in Moscow and Berlin which became symbols for revolutionary communication. Minimalist artist Carl Andre invites us to walk over his 10 x 10 Altstadt Lead Square (1967). Nearby Dan Flavin’s astonishing Monument for V. Tatlin (1966-9) illuminates the smallest work in the exhibition, a tony wooden cube entitled Southern Cross (1969-1970) by Brazilian artist Cildo Meireles, who you might remember from the Meireles Tate Modern 2008 exhibition.

This exhibition at the Whitechapel Gallery, London shows that Malevich will never be irrelevant. ‘The emptiness of the white square’ explains Blazwick, ‘is a receptacle that will always want to be filled’. The notions of political freedom bound up with Malevich’s first leaps into abstraction resonant throughout this complex and engaging show, tipped to be one of the best exhibitions in London this year. So it seems the adventure is not over yet the… 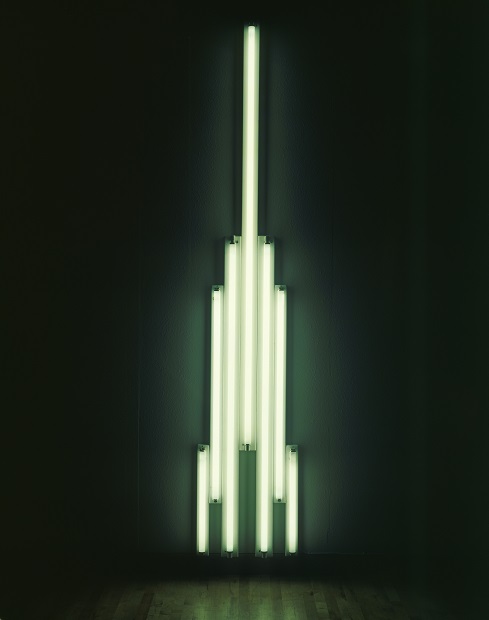 Don’t miss David Batchelor’s new commission Monochrome Archive, which he made to prove photographer Jeff Wall wrong. Disbelieving that urban abstract geometry could appear in nature, Batchelor set out in 1977 to find flat, monochrome shapes in the city.