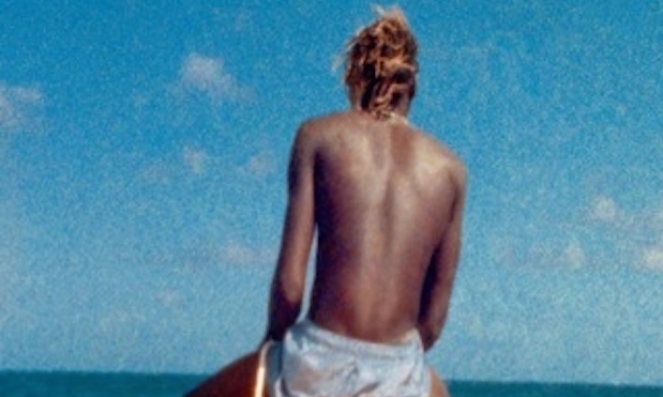 Ashes, a short film shot on Super-8, was commissioned by the Espace Louis Vuitton, Tokyo and shown there earlier this year. It tells the true story of a young fisherman in Grenada who loses his life by inadvertently getting caught up in a drug war. The footage for Ashes was actually shot 12 years ago while McQueen was himself in Grenada, his father’s birthplace, shooting the installation diptych Carib’s Leap and Western Deep (2002). Visuals of the charismatic fisherman in his boat were shot by the legendary cinematographer Robbie Muller and are accompanied by a voiceover of two friends recounting the plight of the hapless fisherman. Don’t miss the chance to pick up a poster from the film as well as a transcript of the quite difficult-to-understand testimony by the fisherman’s friends.

While we might better recognise Steve McQueen’s movies, he has made numerous short films for gallery viewing: likening his movie work to the novel and his short films to poetry. Fittingly for Steve McQueen’s artwork, Ashes deals with widely divisive themes around sex, politics and history, often depicting human suffering and social injustice. While his films tend to evade definition and are open to different interpretive possibilities, the sumptuous richness of his images always contrasts with the depth of human experience.

McQueen’s work is best summed up by Jean Fisher, who wrote that, ‘McQueen refuses to let us slip into the comfortable role of passive spectator – his images assail us with the force of a certain intimacy; they demand our undivided attention, as if insisting on closing the distance between the image and the viewer.’