Things to do in London this week

Things to do in London this week, Wednesday 22nd October to Wednesday 29th October 2014, the coolest cultural current events, from Jacques Tati to Brixton Village 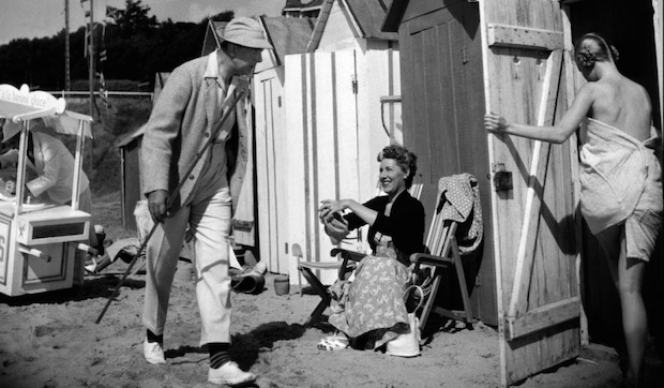 Jacques Tati's Les Vacances de M. Hulot is a comic masterpiece
1. DANCE: Frederick Ashton, the ROH
The Royal Ballet pays homage to Frederick Ashton in a mixed bill of his masterpieces: Scènes de ballet (1947), Symphonic Variations (1946), and A Month in the Country (1976)

2. THEATRE: The House That Will Not Stand, the Tricycle
Incredible reviews have greeted this hidden fringe gem at the Tricycle in Kilburn, set in the black community of 1830s New Orleans.

3. DESIGN Women, Fashion, Power, the Design Museum
Learn how to dress for success from some of the world's most formidable women

4. FOR YOUNGER CHILDREN: Halloween Storytelling, the London Eye
Got a niece, nephew or godchild to impress? This'll do it, no bother

5. GIG: Benjamin Clementine, Emmanuel Centre
We've been raving about this singer-songwriter, raised in Crystal Palace, shaped by homelessness in Paris, for months. Now you can see him live.

7. TALK: Dylan Thomas Gala, the South Bank
A musical and literary celebration of the life and works of of the great Welsh poet on the eve of his 100th birthday

8. FILM: Jacques Tati at the BFI
A comic genius of mid-century French film (remember Les vacances de Monsieur Hulot?), Tati made films which are both endearing and cry-makingly funny

9. POP-UP FOOD: Brixton Flavours
The mighty Brixton Village plays host to a street food festival you won't want to miss (don't forget your wet wipes, it's likely to get sticky)

10. CLASSICAL: Rachmaninoff: Inside Out, Royal Festival Hall
The London Philharmonic Orchestra continue their celebration of the Russian composer with help from hotly-tipped Russian pianist Pavel Kolesnikov.