David Fincher's adaptation of the hit novel by Gillian Flynn, Gone Girl, is the most hotly anticipated film of the season. 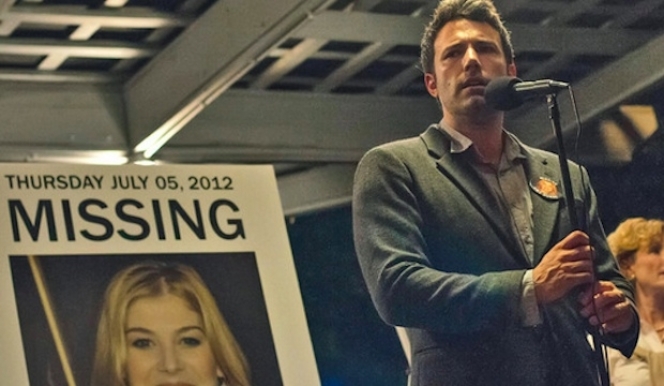 2014’s most hotly anticipated thriller has to be Gillian Flynn’s Gone Girl. Adapted (by Flynn herself) from the 2012 hit novel of the same name, Gone Girl presents the collision of talented cast, pre-existing and passionate fan base and a director, David Fincher, who has proven himself with a host of Oscar-nominated movies (The Social Network, Benjamin Button).

For those unfamiliar with the novel, Gone Girl follows the complicated double narrative of a couple, Nick (Ben Affleck) and Amy (Rosamund Pike), whose marriage begins to deteriorate. When Amy goes missing, believed murdered, the audience must question whose account to believe.

Nevertheless, for the Flynn fan club that knows the novel inside out, there is plenty more to expect from the movie. Firstly, Flynn has assured us that the film will deviate from the novel and the story won’t be told in the same way. Secondly, Fincher is sure to bring such a unique tone to the movie that the experience will feel like a new one.

Fincher is no stranger to taking on big book franchises and proved himself adept to do so with the hugely successful 2011 hit Girl With The Dragon Tattoo. His ability to capture suspense and thrill has been evident throughout his portfolio: the multi award-winning Fight Club and The Social Network and Netflix’s flagship, critically-acclaimed series from David Fincher, House of Cards. The cast are also cause for excitement with Pike (Jack Reacher, Pride and Prejudice) taking on the role of Amy and Affleck (in his first major role since Terrance Malick’s To The Wonder and his own Oscar-winning Argo) to play Nick.

Nor is the timing of this film to be treated with cynicism. Far from being Hollywood’s venal attempt to latch on to the success of Flynn’s franchise, production talks actually occurred in 2011 before the novel’s release. The manuscript was read by one of the film’s producers, Leslie Dixon, and was passed on to Reese Witherspoon who set things in motion.