Could the new 'Yo' app actually prove useful?

Technophobes look away: a new single-use social app that's set its sights on world domination could be more versatile than it first appears 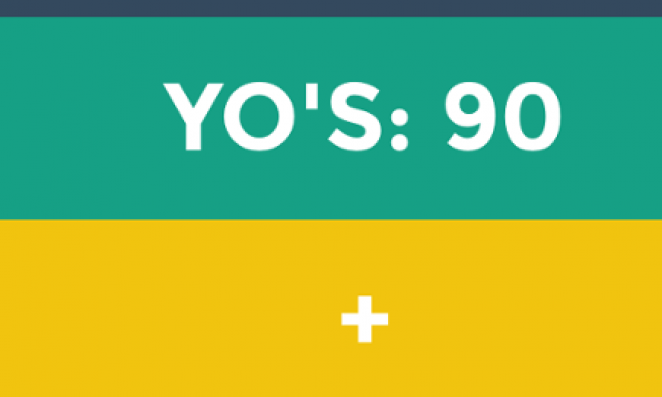 Could the new 'Yo' app actually prove useful?

Technophobes look away: a new single-use social app that's set its sights on world domination could be more versatile than it first appears...

What at first glance appeared to be an idea so utterly pointless, so simplistically stupid, that many assumed it had to be a joke – may yet turn out to have considerable value and power.

Yo, a single-use app, which pings 'Yo' notifications back and forth between users with a single tap (whereas sending the same message via WhatsApp, Facebook or SnapChat would take eleven taps), markets itself on being the 'simplest and most efficient communication tool in the world'. Which may initially come across a little strong given how limited its iTunes description makes it seem: 'Wanna say 'good morning'? Just Yo. Wanna say 'Baby I'm thinking about you'? – Yo. 'I've finished my meeting, come by my office?' – Yo… The possibilities are endless.' Of course the obligatory tongue-in-cheek reviews are already cropping up online; 'since downloading Yo, all my relationships have improved and I've regrown most of my hair', offers one reviewer on iTunes.

But despite condescending criticism and a few hiccups along the way, including a recent security flaw whereby student hackers realised they could easily access users' phone numbers (Yo have since patched up this problem, hiring one of the hackers to help) the app already had more than 1 million global users before its latest expansion and interest is spreading at viral speeds (and it can't hurt that it's backed by $1.2 million of seed funding).

Admittedly, in its current state sceptics will justifiably argue that Yo offers very little but if a 'Yo' could also contain a link and connect with other internet services, it could be a different story. For example, IFTTT has launched a dedicated Yo channel to link the app with other gadgets and digital services, connecting it to home lighting systems and calling a user's phone to help them get out of a meeting. Then there are the possibilities of the app bookmarking songs playing on the radio for a later playlist, or a toaster capable of yo-ing its owner when the toast is ready. Watch this space.