Making art accessible is as much about perception and communication as the work itself, writes Laura Tennant 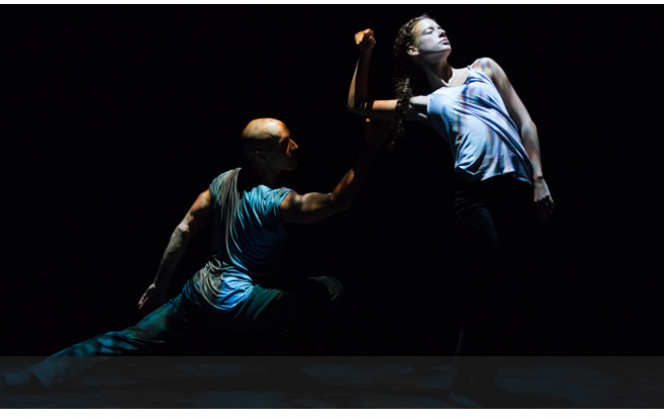 In times of austerity, politicians like to score cheap points by bashing those temples of high culture that seem to exclude ‘ordinary hard-working people’. The cynical might say that that’s exactly what culture secretary Sajid Javid and shadow culture secretary Harriet Harman have been busy doing over the last few days.

Javid, in a masterly humblebrag, is claiming he grew up on a cultural diet of Star Trek and Bollywood, thus flaunting his populist credentials while modestly excusing himself from familiarity with his new brief. Harman, in a speech at the Roundhouse in London on Monday 9 June, will take a sledgehammer to the Royal Opera House and the BBC Proms. She's complaining that they're full of white, middle-class, middle-aged people such as herself – an unfair representation of cultural diversity in London, as well as the culture of London in general.

Accessibility is more than just a buzzword

Actually, I happen to think both politicians have a point when they talk about ‘accessibility’. More than just a trendy buzzword, it goes to the heart of how and why we experience art, as I know well both as an editor at Culture Whisper and as the mother of a 15- and an 11-year-old.

Those who care about London arts have been keeping a beady eye on new culture secretary Sajid Javid. The self-made son of a Bristol bus driver who stormed the establishment citadel and became an investment banker, Javid evidently has many admirable qualities, but a sophisticated appreciation of the arts hasn’t so far been detectable among them.

As he explained to his audience at the live music venue St George’s in Bristol on Friday 6 June, ‘The idea of popping along to the Donmar Warehouse – or even the Bristol Old Vic – to take in a cutting edge production was simply not on the agenda. It wasn’t what people like me, people from my background did.’

Javid went on to make a plea for an art sector that was more accessible, arguing that it was unacceptable for the cultural establishment, especially when it was subsidised by government, to exclude working-class children by offering low-pay or no-pay entry level jobs.

Harman: the arts are neglected in our schools

Harman, meanwhile, is making the case for arts education in schools, claiming that participation in drama, music and the visual arts has fallen by a third in schools since the coalition came to power. A rounded education requires both science and art, she believes: ‘We need our young people to grow up to be problem solvers – to be creative and analytical, to become innovative and inquiring in their chosen profession.’

The message about the medium

‘Access’ to art is partly a logistical, practical and communication issue – how do London arts organisations get the message out to people who are likely to appreciate what they have to offer? In Hither Green in south-east London, where I live, an active local arts community organises film screenings, wine tastings, craft fairs and the like, communicating via flyers, posters and by word of mouth. At work, meanwhile, we try to make the tsunami of arts and culture which threatens to overwhelm Londoners every day a little more manageable with a curated, personalised edit of events and performances our subscribers have told us they care about.

How did reading become a minority pursuit?

But enjoying art isn’t just about logistics. Both my children, in different ways, supply object lessons in how and why the arts can enrich our lives – or fail to. My daughter consumes literature widely, voraciously and intelligently, but at her high-achieving grammar school, the GCSE English class still reads the entire set text aloud in lesson time. Why? Because, according to my daughter, so few of her peers now read at home that expecting them to get through even a short book in their own time is hopelessly ambitious.

If expectations as regards English literature are so shatteringly low at my daughter’s academic grammar, what are they like elsewhere? Sajid Javid might be right that working-class children don’t feel that Dickens, Austen and Eliot are for them, but that has as much to do with our society’s assumptions about their abilities and interests as with the books themselves.

How the Vikings left my 11-year-old cold

Yet art and culture has a responsibility to reach out to its constituents too. Coaxing my 11-year-old son out of the house to a museum or exhibition is like pulling teeth, so my partner and I were happy to have got both children to the British Museum to see their current blockbuster Vikings: Life and Legend. Unfortunately, the show had almost nothing to offer an 11-year-old. Where were the narrative drive, the bloodthirsty detail and the beautiful and awe-inspiring images that would have seized his imagination? Storytelling had somehow been forgotten in a fashionable preoccupation with Viking multiculturalism.

Equally, we are all sometimes guilty of writing off genres or forms as ‘not for us’. I experienced this first-hand last week at Sadler’s Wells when a friend took me to see Russell Maliphant’s Still Current . I was expecting this evening of contemporary dance, especially for a novice like myself, to be challenging, abstract and perhaps even boring. Instead it was wonderful – expressive and moving in a way I had no idea dance could be. All of which is to say that ‘high art’, however intimidating it may seem to the uninitiated, can and should be as engaging and powerful as Star Trek and Bollywood was for the young Sajid. And I’m sure it’s an irony not lost on him that Jean-Luc Picard, the captain who most clearly exemplifies the Enterprise’s civilising mission and liberal values, is played by Patrick Stewart, an actor who himself effortlessly straddles high culture and pop culture.