Traditional British restaurants: London may boast a frantic, fickle foodie scene but sometimes only a golden oldie will do. 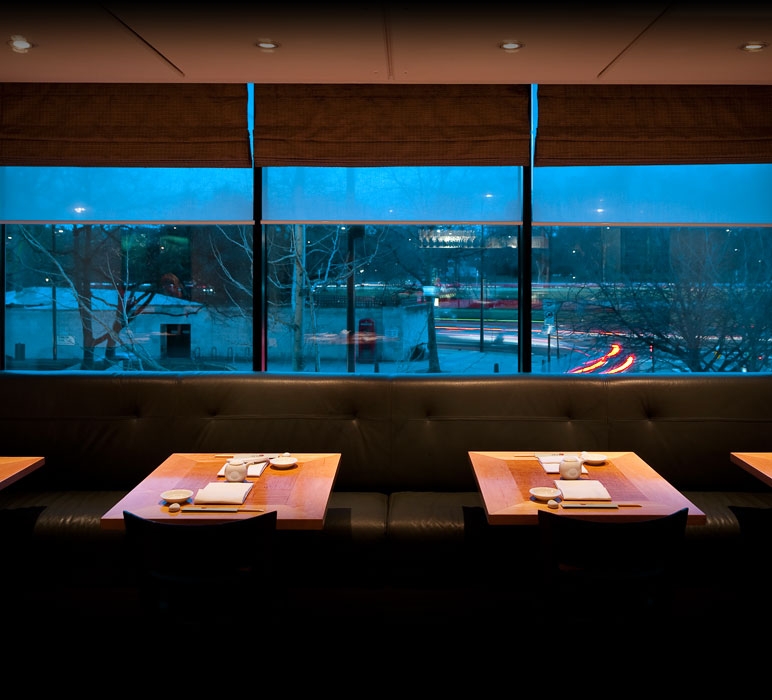 Nobu, Old Park Lane
London's restaurant scene may be booming, but it's also brutal, with most folding in under three years. Read on for a London food guide  –  the top ten venues with staying power


London’s appetite for restaurants is monstrous. We chomp through new openings as if on a permanent binge and nothing stays hot for long. But quietly doing their thing are a handful of spots that have been in business for years. Successful from the start and still smashing it, this elite group of London eateries includes some of our favourite places; they’ve defied changing trends (and set a few of their own), most are decorated with Michelin stars but still offer a better-value set menu than the cool kids, and there’s not a critic that doesn’t adore them. 10 restaurants with sticking power.


Moro (est. 1997)
When cooks Sam and Sam Clark first married, they bought a camper van and set off on a three-month journey through Spain, Morocco and the Sahara, learning, observing and tasting along the way. This epic adventure proved the inspiration for Moro, an incredible restaurant for just about every occasion: it’s relaxed enough for families but ideal for dates. The menu of fragrant, spiced dishes hardly changes – it doesn’t have to. In fact, there might be riots if ever it did.


Nobu (est. 1997)
Nobu London opened in London on 17 February 1997 to crazy acclaim and was swiftly awarded one Michelin star, which it retains today. Che Nobu Matsuhisa – man, brand, legend – started this eponymous chain in conjunction with partners Robert De Niro, restaurateur Drew Nieporent and hotel owner Christina Ong, and now operates at two locations in the capital: the original is found on the first floor of the Metropolitan Hotel on Park Lane, and its sibling on Berkeley Street. Unless you like the ‘glitz and glamour’ factor, Nobu’s celeb patrons (read WAG) might put you off, but the cooking – or un-cooking in the case of sashimi – remains stellar.


Fino (est. 2003)
Londoners' knowledge of high-end Spanish cooking was limited before Fino came on the scene: dodgy tapas and the ubiquitous paella just about made up our menu. But the Hart Brothers saw potential in our palates and launched Fino one of the first contemporary Spanish restaurants to open in the capital. Executive head chef Nieves Barragán Mohacho prepares a daily changing menu, comprising both modern and traditional tapas, as well as overseeing Barrafina in Soho, a sister site for more relaxed eating.


Le Gavroche (est. 1967)
Keeping it in the family since the Sixties, not only are the insanely talented Roux still going strong, but they continue to innovate, as well as offering the best-value set lunch in town. It’s hard not to continue with accolades: Le Gavroche was the first UK restaurant to be awarded one, two and three Michelin stars and the chef de cuisine is Michel Roux Jr, who took over the reins from his father, Albert in 1991 (Michel’s daughter Emily, is hot on his heels). A.A. Gill sums it up, 'If I had to pick a meal as particularly enjoyable last year, I’d have to greedily choose two: both of them lunch at Le Gavroche.'


St John Smithfield (est. 1994)
We’re not sure British people really knew what could be brilliant about homegrown cooking until St John came on the scene. Thanks to Fergus Henderson and Jon Spiteri and their no-nonsense, nose-to-tail approach to traditional food, we have plenty to be proud of. It's some of the best British food London has to offer, and the institution now enjoys two locations, and a bakery where you can pick up its famous Eccles cakes and madeleines.


Chez Bruce (est. 1995)
'Unpretentious yet immaculately prepared' is how Chez Bruce describes its food, a neat summation of ingredients common to every restaurant on this list. Opened in Wandsworth back in 1995, when this end of town felt like another county, Chez Bruce has managed to remain relevant despite its admittedly 'old-fashioned' approach and produces glorious dishes loosely based on classical and regional French/Mediterranean cuisine. Does one always need kitchen trickery when the food of London can taste this good?


Locanda Locatelli (est. 2002)
In true Italian style, Michelin-starred Locanda Locatelli is famed as much for its convivial atmosphere as for its food. It's a fine balance perfectly achieved (thanks in part to design by the late great David Collins), which has made Giorgio Locatelli a household name; not only did he prove to be a natural for the media, appearing in multiple foodie TV shows, he still actually cooks in his own restaurant.


River Café (est. 1987)
The River Café needs no introduction. Rose Gray and Ruth Roger’s light and creative take on Italian cooking has sold a million books and inspired a million more, with the restaurant packed out to this day. The Café is seen as one of the top rated restaurants in London, and the River Café kitchen has also spawned upwards of twelve star chefs including Sam and Sam Clark of Moro, another restaurant on this list, Jamie Oliver (love or loathe), Stevie Parle and April Bloomfield.


Pied-a-Terre (est. 1991)
One of the oldest restaurants to make the cut, and also one of the most unassuming, Pied-a-Terre is still a go-to for smart media and advertising types thanks to its Charlotte Street location. Also key to its success is owner David Moore’s fondness for contemporary art, which has played a major role in defining the character of the restaurant, with a collection that includes works by Sir Peter Blake, Howard Hodgkin and Richard Hamilton. Pied-a-Terre was also one of the first Michelin-starred restaurants to offer a full veggie tasting menu; for vegetarians, this is certifiably some of the best food in London.


Sketch (est. 2002)
When it first launched, this was more than a restaurant: it was a destination. Set over two expansive floors of a converted 18th-century building in Mayfair, with wacky design (remember the loo?) and an in-house in-crowd, London went wild for Mourad 'Momo' Mazouz’s vision of one of the more fashionable restaurants in London. It’s not easy to retain the crown of cool for long, and it’s fair to say that the Sketch concept is no longer much in vogue. However, in a testament to Pierre Gagnaire’s award-winning cuisine, the restaurant remains on top, delivering imaginative, bold dishes from its two-Michelin-starred kitchen.