If you thought it was all just hip hop, think again… 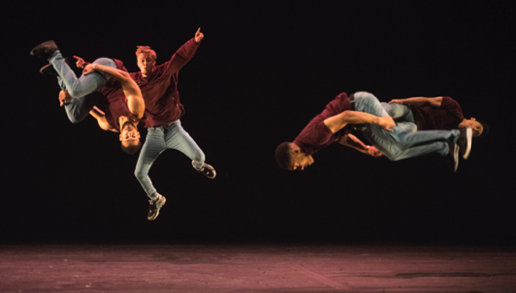 Freefly UK, photo Paul Hampartsoumian
Do terms like 'b-boy' and 'cypher' leave you flummoxed? Worry not – we’re here to help!

Street Dance is stereotypically synonymous with 'Hip Hop' but there is more to it than that. In fact, the word ‘Street’ in Street Dance means any form of dance that evolves spontaneously outside of a professional dance environment as part of some sort of culture.

Street Dance styles emerge when marginalised individuals gather together socially and seize the opportunity for self-expression.

Of course, vernacular dance does make its way onto the competition circuit and centre stage. Samba, Rumba, Cha Cha, Jive, Rock ‘n’ Roll – they all started as social ('street') dances. Nowadays, Breaking, Krumping, Locking and Popping are the styles that are moving off the streets and into a venue near you…

Battle – When dancers go head-to-head in formal or informal competitions between individuals or crews. Dancers listen to whatever music the DJ is playing and improvise a freestyle dance set, aiming to deliver impressive technique, creative flair and musicality.

B-Boying / Breaking – The original and correct terms for what is now commonly referred to as 'Breakdancing' by the mainstream media. B-Boying developed as part of the 1970s youth hip hop culture in New York. An explosive and acrobatic style of dancing, it revolves around elements such as the “toprock”, “downrock”, “power moves” and “freezes” which are performed to hip hop or pop music. The synonymous word “Breaking” derives from the “break beats” that DJ Kool Herc (one of the pioneers of hip hop culture) invented and to which Breakers dance. 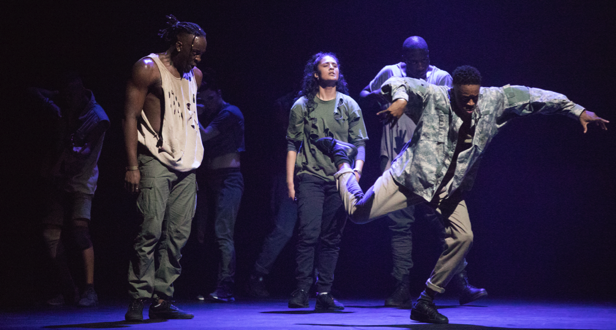 C-Walk – Also known as the Crip Walk, this controversial dance move originated in the early 1970s with the Crip Gang in Los Angeles. The move consists of nimble footwork that was initially used by gang members to spell out the letters of their gang name, demonstrate their gang affiliation and initiate or celebrate criminal activity. The move is meant to appear loose and effortless as dancers bounce their way through a weight transferring shuffle step, pivot on their toes and quickly pulse their heels into the floor.

Cypher – Pronounced 'sy-fer', this is a term used to refer to the act of freestyling in the centre of a circle of dancers. Dancers enter the circle one by one, dancing to express themselves and entertain each other.

Dougie – This dance style takes its name from 1980s hip hop dancer Doug-E-Fresh and is associated with having style or 'swag' (see below). Dancers personify the Dougie by moving their body in a shimmying fashion from side to side.

Downrock [B-Boying element] – Describes any movement on the floor when the hands support the dancer’s weight as much as the feet. Also known as floorwork or footwork (although complex variations can involve the knees rather than the feet).

Drop the Beat – Expression used to instruct the DJ to start playing the music.

Freeze [B-Boying element) – Whenever a Breaker suspends himself, or herself, off the ground using their upper body strength, they call it a “freeze”. These stylish poses are used to emphasise strong beats in the music and often signal the end of a B-Boy set. When linked together consecutively to flaunt musicality and physical strength, freezes are known as 'stacks'. 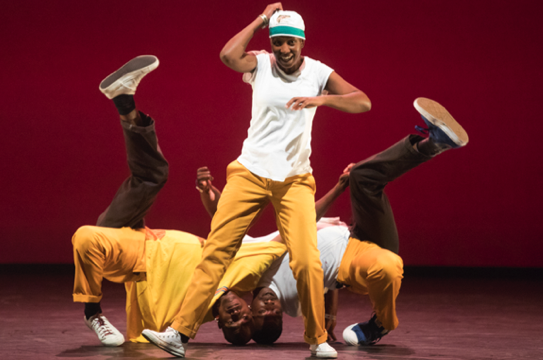 Gabbering – A dance style that consists of a rapid sequence of jittery leg kicks and manic jumps, originally invented by the Dutch (but they called it Hakken).

Hip Hop [dance style / culture] – As a generic term, hip hop encompasses music, art, poetry, language and fashion, in addition to dancing. Its originators in New York in the 1970s were frustrated young people who felt disenfranchised by society. Desperate to express themselves, they took what already existed and transformed it into something new, exciting and different. Hip Hop is therefore characterised by four distinct elements which represent different components of the culture: Breaking (physical), Deejaying (aural), Graffiti Art (visual), Emceeing (oral).

Jam - If a Street Dancer says: 'do you wanna jam?' they are probably not offering you a spreadable fruit preserve. They are more likely asking if you want to dance for fun and, obviously, the correct answer is always yes! 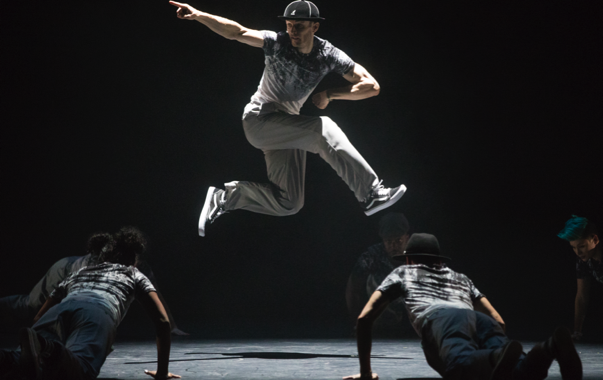 Krumping [dance style] – Also known as Clown Dancing or Clowning, Krumping is a highly energetic style of Street Dance that involves speedy, jolting isolations of all parts of the body – especially the upper chest. Popular in the United States, it began in the African-American community of South Los Angeles where it was used as an alternative to violence.

Locking – A playful, staccato dance style in which dancers move through a series of split-second poses, momentarily locking into a static position. Many of these poses are borrowed from everyday life so don’t be surprised to see dancers tilting a hat or looking at a watch! Created by Don Campbell in the late 1960s in the nightclubs of Los Angeles, this funky yet athletic way of moving was originally called the Campbell Lock.

Popping – Achieved by quickly contracting and then relaxing muscles to cause a “pop” in the dancer’s body. Created in Fresno, California in the mid to late 1970s, this style is performed to music which has an up-beat, fast tempo.

Power Moves [B-Boying element] – Whenever a Breaker flaunts moves that require momentum, speed, endurance, strength and control, they dub them “Power Moves”. The Breaker will generally be supported by his or her upper body, while the rest of the body creates circular momentum. Notable examples include the windmill (legs twirl in a v-shape as the torso rolls on the floor) and head spin. 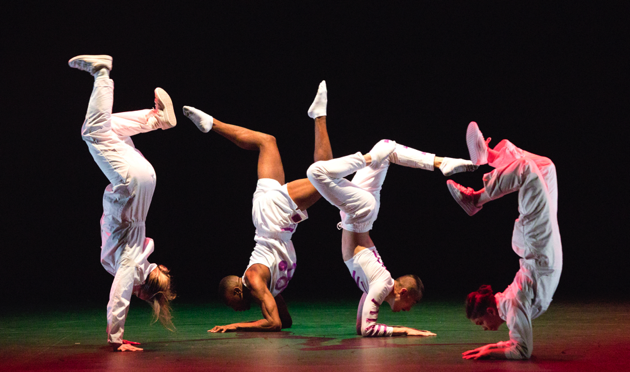 Houston Dance Collective, photo Belinda Lawley
Shuffling – Slide your feet along the ground, without losing contact, and you’ll be accomplishing the art of Shuffling at its most basic. Essentially, if your mum used to tell you off for dragging your feet when you were walking, you ought to find Shuffling moves like the T-Step and The Running Man a piece of cake!

Swag – (Derived from Swagger) Having confidence; possessing style or panache.

Toprock [B-Boying element] – Refers to any consecutive steps performed from a vertical, standing position. The term derives from the understanding that Breakers “rock to the beat on top” – the peak part of the music. Toprock is the foundation for breaking and usually opens any dance set. Breakers then transition (“drop”) into “downrock” and “power moves”.

Still confused? Well, don’t get too het up – due to its innovative and individualised nature, Street Dance is ever-evolving so there will soon be a fresh batch of terms that will baffle us all!