15 CW readers are interested
Sunday in the Park with George, Savoy Theatre Sunday in the Park with George, Savoy Theatre Lucy Brooks
Audiences will have to wait until 2022 to see Jake Gyllenhaal make his long-awaited return to the London stage in a musical revival that delighted audiences and critics alike on Broadway. The show was due to open in June 2020, but has since been pushed back to 2021 and now 2022 as a result of the ongoing pandemic. The dates for the delayed run are still to be confirmed, but those who purchased tickets for the 2020 production will be contacted by the ticket provider regarding priority access to the future engagement.

'Performing Sunday in the Park with George with the brilliant Annaleigh Ashford was one of the greatest joys of my career,' Gyllenhaal enthused. 'I've also deeply missed the West End and so to be bringing Stephen Sondheim and James Lapine's Pulitzer Prize-winning musical there is both humbling and thrilling.'

Gyllenhaal has proven clout in the intimacy of the theatre, too. Back in 2002 he made his stage debut in London's Garrick Theatre, winning Outstanding Newcomer for his performance in Kenneth Lonergan's This Is Our Youth. He later conquered Broadway with the nuanced new writing of British playwright Nick Payne in first If There Is I Haven't Found It Yet (2012), then Constellations (2014). 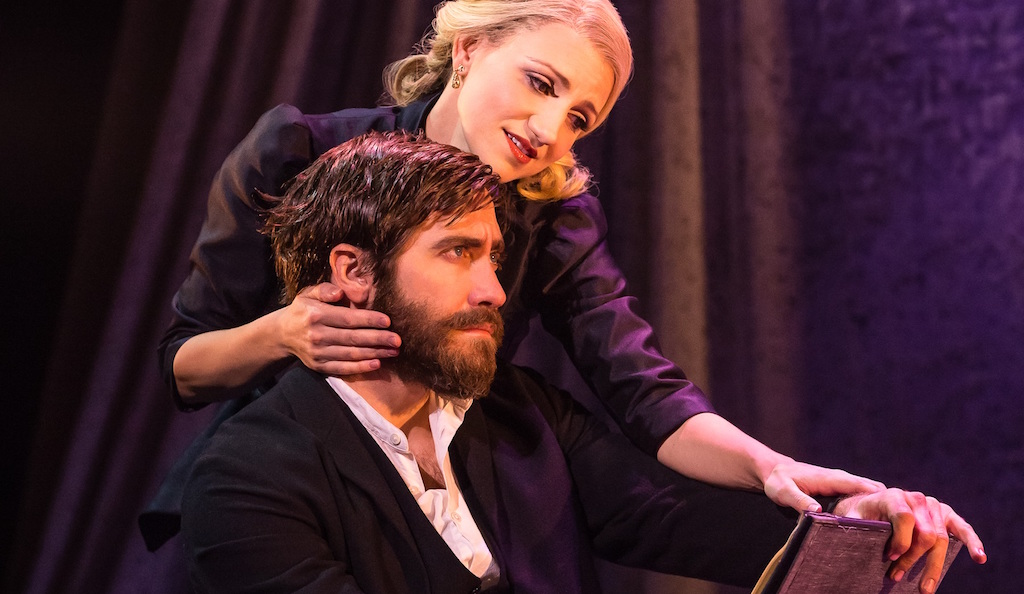 Annaleigh Ashford and Jake Gyllenhaal in Sunday in the Park with George. Photo by Matthew Murphy

In 2016 Gyllenhaal turned his talents to a more surprising genre: musical theatre. After two sellout runs on Broadway, Sunday in the Park with George transfers to the Savoy Theatre.

Inspired by Georges Seurat's painting A Sunday Afternoon on the Island of La Grande Jatte, James Lapine and Stephen Sondheim wrote a musical about the French post-impressionist artist. It was a hit when it opened in 1984, going on to win a Pulitzer Prize, numerous Tony, Drama Desk and Olivier awards, and plenty of high-profile revivals.

Gyllenhaal plays the titular George, charting the months leading up to Seurat's most famous painting. In a spiral on creative intensity, he alienates art buyers, incenses his peers and neglects his lover Dot (Annaleigh Ashford).

With a strictly limited run and an A-lister in the lead role, Sunday in the Park with George will sell out long before opening night, so book promptly.