When opening night finally arrived in 2015 of Wayne McGregor’s Woolf Works, London was alive with anticipation. There was excitement. But there was also doubt; doubt that Virginia Woolf was well suited to dance, and doubt that the man behind the disappointing Raven Girl could handle her narrative demands.

It didn’t take long to settle the question. Here was a ballet the critics could get behind, winning both an Olivier and a Critics' Circle Award for best new dance.

Woolf Works is a ballet in three acts, each dealing with a different slice of the Woolfian oeuvre: Mrs Dalloway, Orlando and The Waves.

I now, I then opens with the clipped voice of Woolf herself, describing traits of the English language. Meditations on form dissolve into the danced story of Mrs Dalloway.

In fluttering steps and with a delicacy we haven’t seen from McGregor for some time, the dancers move through the set’s huge wooden frames (by Cigue) as though through windows of time. The past haunts the present: soldier Septimus Smith looks constantly over his shoulder for his dead friend Evans, while Clarissa Dalloway gazes over her husband’s shoulder at the lovers of her youth.

In Becomings, Max Richter’s score switches to a pulsing beat inspired by the century-hopping, gender-swapping Orlando. On a stage sliced up by Lucy Carter’s lasers, Natalia Osipova leads the cast through smoke boundaries in an androgynous uniform of gold lamé ruffs and doublets. For better or worse this is trademark McGregor, all aggressive hyperextension and wild contemporary tics.

Third and finally, we come to Woolf herself in Tuesday. Against a really stunning backing film of waves crashing at glacial speed by Ravi Deepres, Helen McCrory reads Woolf’s suicide note. It’s a moment of very real pain in a night of abstracts. The cast in black masks and diaphanous black crash and wash against Woolf and her partner like the water that would close over Woolf in her last minutes.

The original cast were a vital part of the 2015 success. Few could resist the liquid eyes of Alessandra Ferri as Woolf/Clarissa Dalloway, drawn out of retirement in her fifties and still moving as though without weight.

Edward Watson danced a Septimus Smith hollowed out by grief, and Federico Bonnelli struck a noble but broken figure as Woolf’s husband. There was a sprightly turn from Francesca Hayward as Clarissa’s love interest Sally, and Natalia Osipova lent the full force of her remarkable attack in the Orlando scenes.

If the form is unusual, its narrative/abstract mix suits Wayne McGregor, Royal Ballet resident choreographer since 2006, under the guiding hand of dramaturge Uzma Hameed. 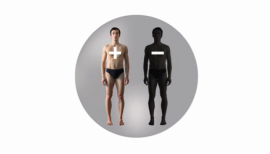 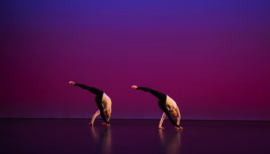 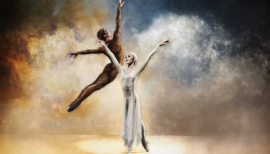 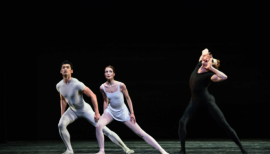 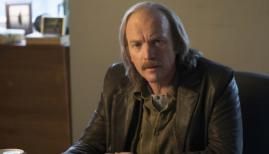