Everything you need to know about tarot cards and readings 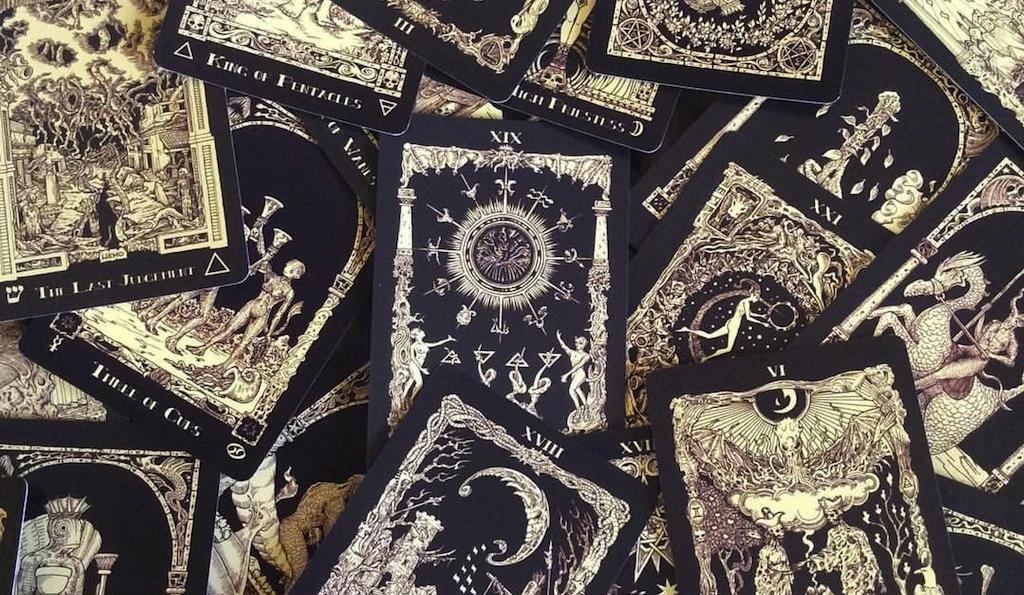 Everything you need to know about tarot cards and readings
Once confined to booths at the end of wind-swept piers, or the tucked-away dens of wafty spirituals, tarot readings have become mainstream. On Instagram, the hashtag ‘tarot’ has over three million posts – many boasting carefully curated displays of incense, crystals and a spread of pretty picture cards. Meanwhile, Taylor Swift, Rihanna and Brad Pitt are among a long list of celebrities believed to check in with psychics from time to time.

For some, getting a tarot reading is now akin to other self-care activities, such as having a massage or finding the time to meditate. But if you’re reading this thinking ‘I’m not entirely sure what tarot is, let alone whether I want to have my future read’, here’s what you need to know. 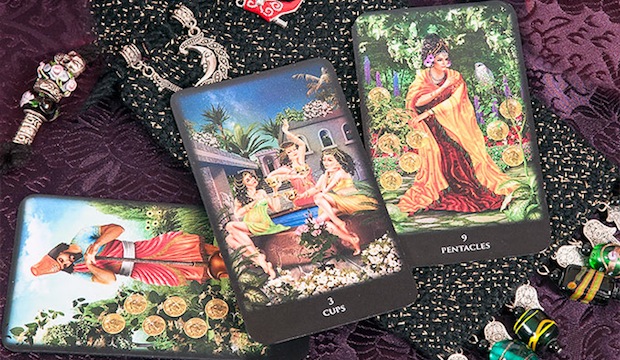 The basics of tarot readings

Tarot cards date back to the mid-15th century. Like typical playing cards, a tarot deck has four suits, but also an additional trump suit and single card known as the fool – taking the deck to 78 cards. Contrary to what you might think, you don’t need to have psychic abilities to read tarot cards, however they’re often used as a tool in psychic readings.

A tarot deck is split up into two ‘Arcana’ – Major and Minor. As with other ‘magical’ practices, the system is based on the Hermetic axiom: ‘as above, so below’. It’s the idea that the macrocosm of the cosmos is reflected in the microcosm of individual experience. In a tarot reading, the Minor Arcana reflect your day-to-day activities, such as eating, sleeping or working. Your experiences in these fields are represented by cards in the four main suits (Wands, Pentacles, Swords and Cups), with Wands symbolising passion and inspiration, Pentacles for money, Swords for intellectual intrigue and Cups for emotional matters. Meanwhile the Major Arcana reveal developments in your life journey, as well as karmic influences and archetypal themes. 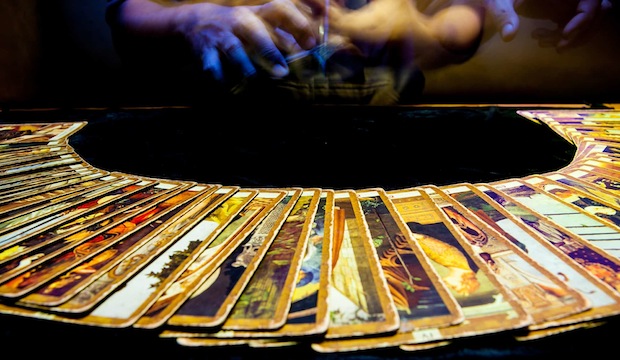 What’s the appeal of tarot readings?

Julia is an accredited, London-based psychic who runs a business called Reading Palms. The practice has seen Julia read palms at the Brit Awards afterparty, at press event for MTV’s Ex on the Beach, and at corporate events for Facebook.

Julia believes there has always been an interest in tarot among society. ‘People have been visiting psychics for centuries,’ she points out. In Julia’s experience, those who seek a reading fall into two brackets: those who are simply curious and those searching for a solution to a problem. For those in the second camp and in need of guidance, problems usually relate to one of the following: a difficult relationship, feeling stuck career-wise, health issues or money troubles. Julia is not a medium who contacts the dead, but adds that this is another common reason people visit psychics. 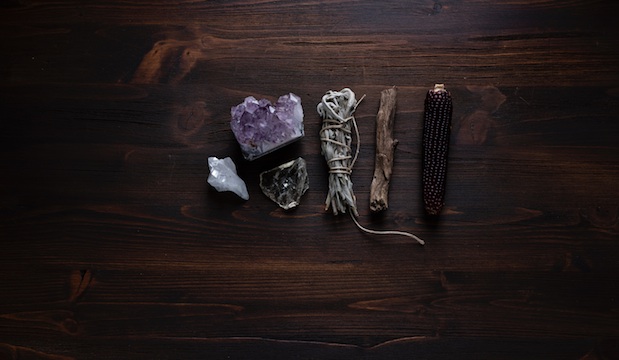 For Susie, who has visited the same psychic for the last 20 years, engaging with tarot is about putting your house in order. ‘First of all, you are buying exclusive time out which is an hour's focus totally on you; your life, your work, your relationships, your friendships, your potential, your future,’ she says. ‘You start to ask the big questions: Where am I going? What am I doing? Is this where I should be? Can I do better somewhere else – in another job, in another country or with another partner?’ Susie believes that asking these questions and having guidance through a totally independent, unknown, individual can help open you up to a whole new way of looking at yourself.

‘A successful reading depends totally on the reader so it’s important to pick a good one,’ advises Susie. ‘Seek recommendations and ask others what particular detail of the reading worked for them,’ she says, adding that it’s important you record or write a detailed account of your reading, to look back on in the future. 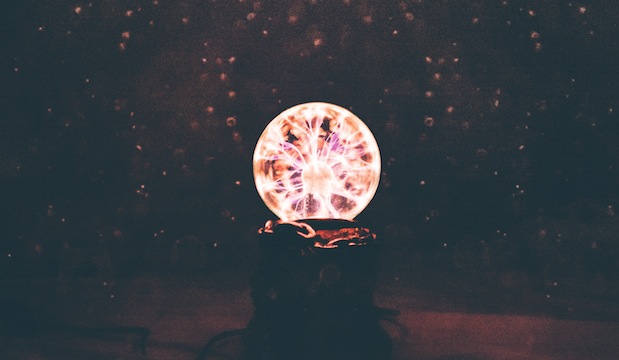 While Julia hasn’t noticed a rise in the demand for psychic readings, she has seen a shift in the way people look to obtain them. ‘I used to conduct all my readings face-to-face, but now the majority of them are done over the phone, via Skype or even Whatsapp,’ she says. Can you really gain enough insight into someone who you haven’t even seen, though? Julia is adamant you can. ‘I still arrange the same spread of cards,’ she says. ‘It’s like banking; you can do it in a branch, over the phone or online, but what you do is the same whichever way you do it.’ Perhaps Julia hasn’t noticed the rise in business, but in a world where you can have your future read without even leaving your bed, surely more people are tempted to try it.

One psychic who has spotted a rise in interest in tarot is Michelle Tea, an American author and tarot reader whose recent book: Modern Tarot is even piqued as ‘the ultimate introduction to the tradition of the tarot for millennial readers’. ‘Tarot can be like a really good therapy session,’ said Michelle, in a YouTube interview with presenter Morgan Lynzi. ‘It’s not satanic, it’s not the dark side and it’s not going to tell you when you’re going to die,’ she adds, stressing that tarot is most helpful when you’re torn between different options, be it moving house or city, choosing which creative project to pursue or deciding whether or not to end a difficult relationship. 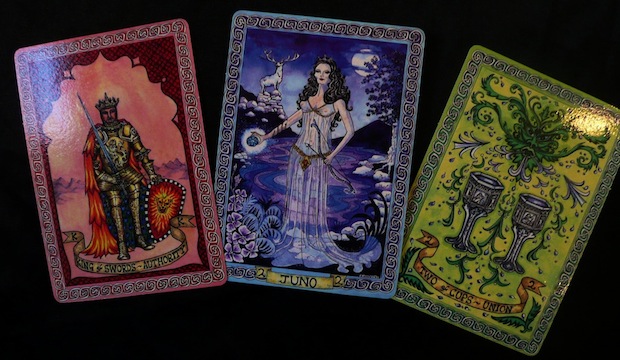 Rae, a social media consultant from Herne Bay in Kent, became a firm believer in the powers of tarot following a reading she had nearly 30 years ago. ‘In the late 80s I had a tarot card reading and the reader told me I'd have four husbands,’ recalls Rae. ‘I'd been married for eight years and had two children so thought she was talking utter rubbish,’ she laughs. ‘Fast forward to 2018 and I'm just about to divorce husband number three, and am dating again, so maybe she was right!’

Where to get a tarot reading in London

What? A Covent Garden shop with private rooms where you can get a reading from a range of different psychics, or buy New Age books, gifts and artifacts.

What? Paul is a Tarotologist also based in Covent Garden, who offers psychic readings over the phone or face-to-face.

What? A tarot reading service run by Jayne Wallace, that’s been based within Selfridges for the past 10 years.