Get the Best of London Life, Culture and Style
By entering my email I agree to the CultureWhisper Privacy Policy (we won`t share data & you can unsubscribe anytime).
Cook 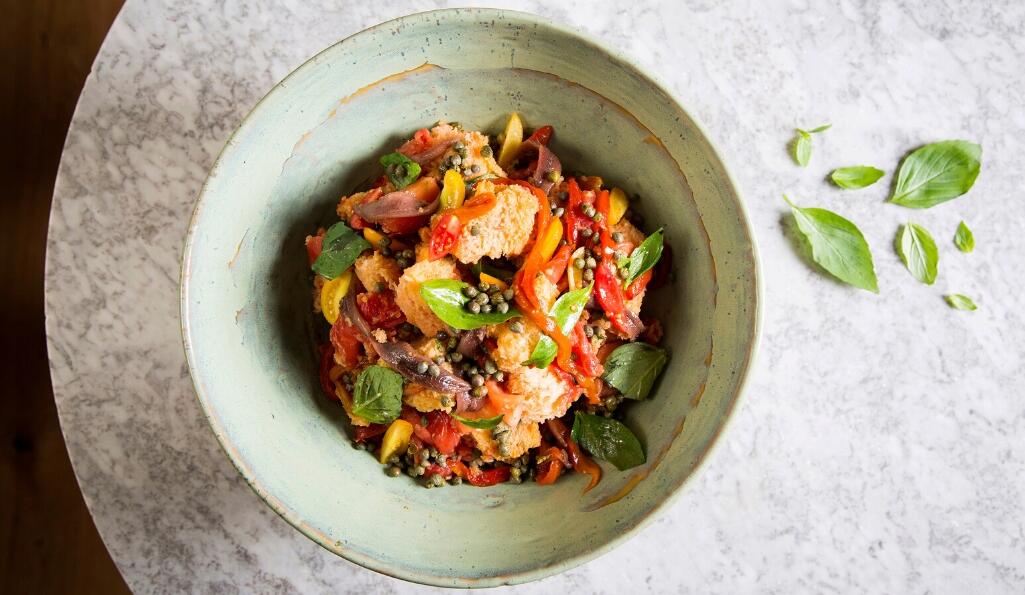 ‘I don’t know anyone who doesn't love this salad. It’s a traditional Italian way to use up leftover bread. There are other versions, but this is a very simple way to make it. If you only have very soft, fresh bread, try baking it for a few minutes to harden it – then it will absorb the dressing without going soggy.’

Serves 4 as a starter

1 Preheat a hot grill, then char the red peppers on all sides. Put them in a bowl and cover with cling film. Leave to cool for 10 minutes before scraping off the charred skin with a serrated knife. Rinse off the seeds, then rip the peppers into 1cm strips. Set aside.

2 Make the dressing while the peppers are cooling in the bowl. Score the skin of the tomatoes, then put them into a pan of boiling water and leave to blanch for 1 minute. Lift into a bowl of cold water with a slotted spoon, then peel off the skins. Crush the garlic with 1 teaspoon sea salt in a pestle and mortar until smooth. Add the basil, pounding to a paste. Squeeze the peeled tomatoes to a pulp, then add to the garlic the olive oil, red wine vinegar and capers. Mix well together.

3 Remove the crusts from the ciabatta, then cut into 2cm pieces. Put them in a large salad bowl and add the grilled peppers. Pour over the tomato dressing and toss well so the bread can soak up all the dressing.

4 Roughly cut up the heritage tomatoes and toss with the rest of the basil leaves in a separate bowl. Spread the tomatoes and basil over the top of the salad, then add the capers. Clean up the sides of the bowl before serving. 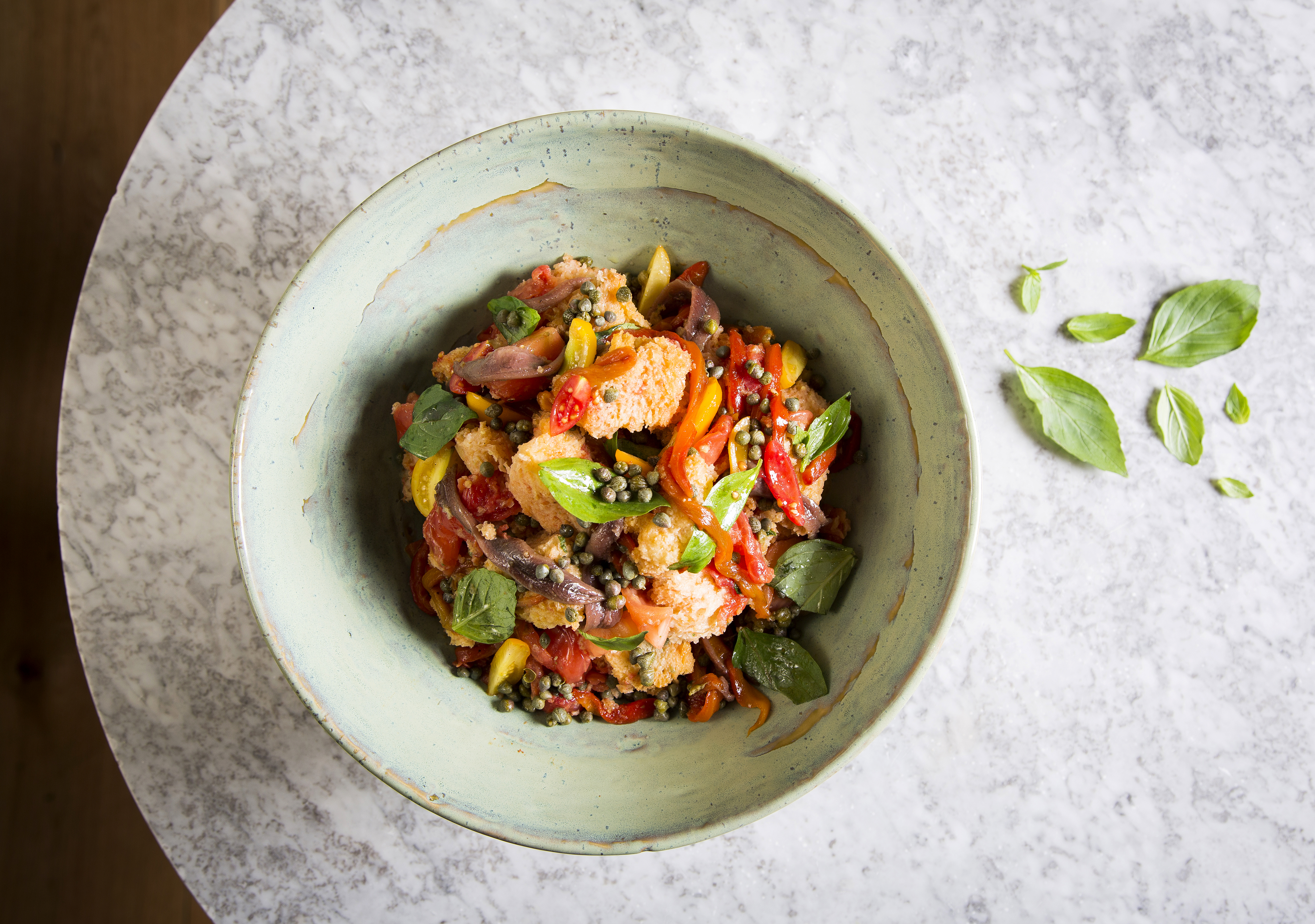