From international chefs bringing their signature creations to London's finest institutions to new branches of current favourites creeping closer to the city centre, we round up the best new restaurants opening this February. 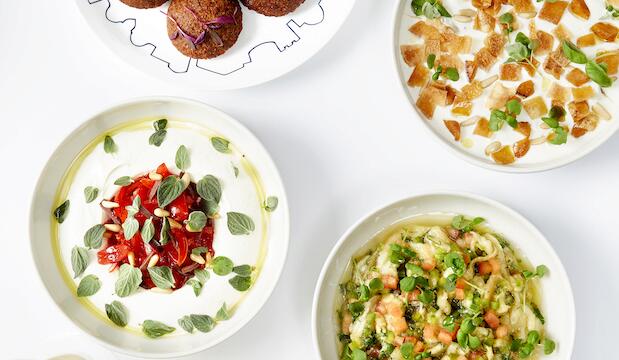 Hot off the streets of Beirut, Em Sherif arrives in London – at the upmarket address of Harrods. The restaurant, whose name translates as ‘the mother of Sherif’ in Arabic, comes from acclaimed chef Mireille Hayek and her daughter chef Yasmina Hayek. The 80-seat dining room serves an a la carte menu, with highlight dishes including fattoush salad with pomegranate molasses; wagyu hummus; and a dessert of vanilla-infused milk, nuts and puff pastry, known locally as ‘Em Ali’. 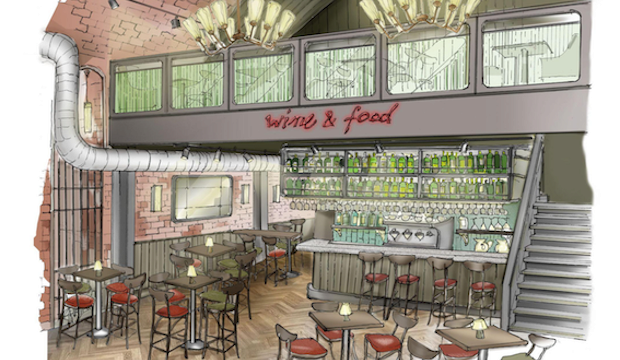 Wine bar mini-chain Vinoteca opens its sixth branch in the shiny, new Borough Yards complex, which is slowly transforming the area next to Borough Market into a polished shopping and design destination akin to Coal Drops Yard. While the primary focus here is on a generous wine list – with over 200 bottles and 25 varieties by the glass – Vinoteca is also a restaurant, with the Borough branch planning to champion local ingredients sourced from the famous food market next door. 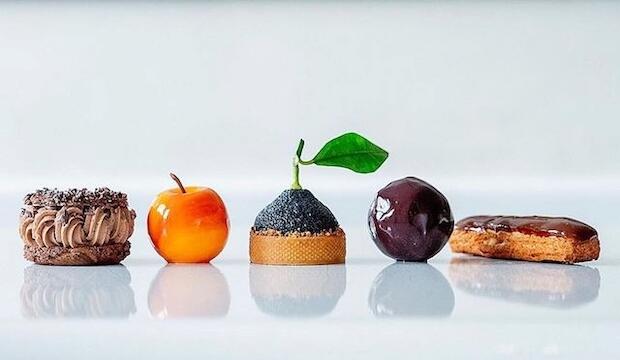 Cedric Grolet at The Berkeley, Knightsbridge

World-renowned French pastry chef Cedric Grolet is bringing his playful creations to London where they’ll be dropping at The Berkeley Hotel in time for Valentine’s Day. Cedric Grolet at The Berkeley is the chef’s first outpost outside France. Created innocently in the image of fruits and flowers, his cream, biscuit and toffee-filled treats promise bite-sized indulgence at its best. The day of love has never looked so sweet. 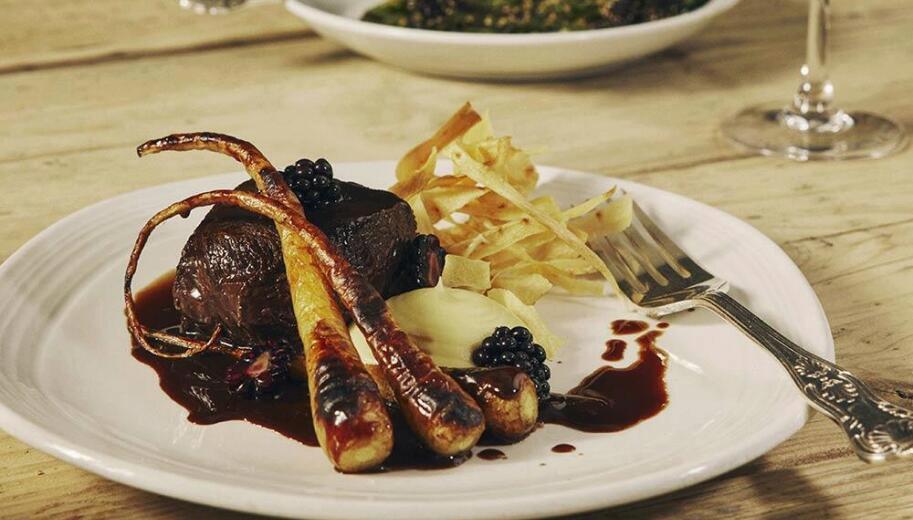 From the team behind Covent Garden institution The Oysterman comes Walter’s, an all-day dining joint through which co-founding duo Rob Hampton and Matt Lovell promise to expand their repertoire, while continuing to champion quality British produce and stellar seafood. Chef Khalid Hassan (ex Social Eating House and Murano) is in charge of the menu, which includes a Bloody Mary crab salad; trout skin with a cod roe dip and truffle arancini; and roasted hake with romesco sauce. 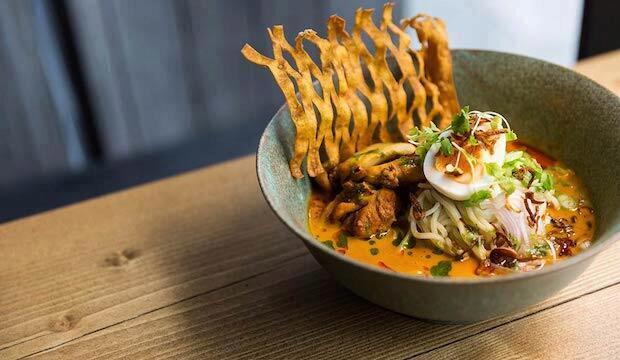 The opening of the original branch of Lahpet in Shoreditch was a culinary highlight of 2018. Now the team behind the restaurant – which serves colourful Burmese dishes and an exotic cocktail menu in an elegant if effeminate dining room – are opening a second branch in bustling Covent Garden. Do order a steaming bowl of lentil chow chow: a lentil-based broth with glass noodles, sweet potato and chilli jam. 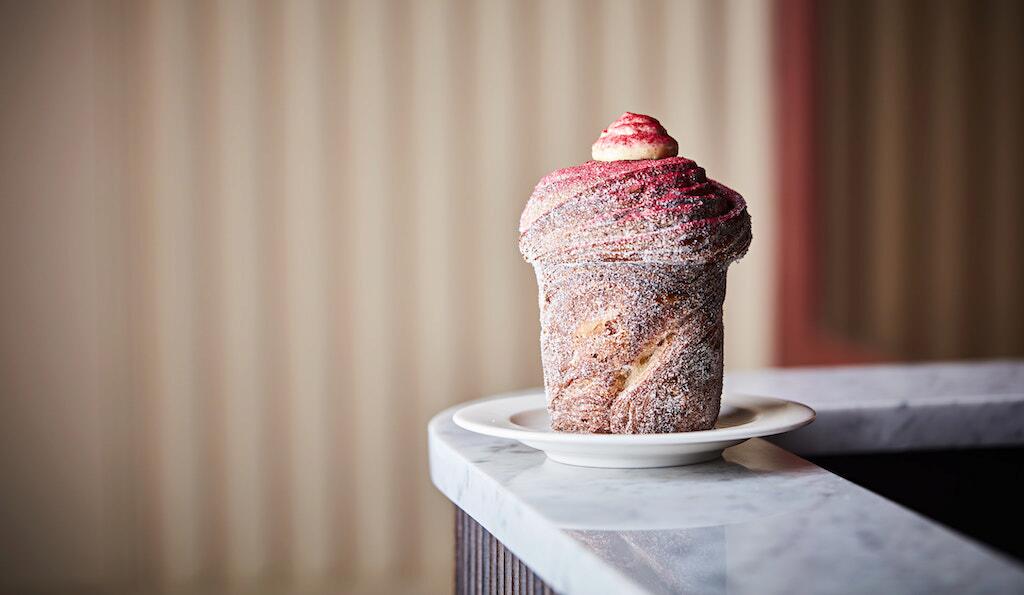 It was with a heavy heart that we learned news of London institution Richoux becoming a casualty of the pandemic, along with the rest of the Dining Street empire, in the early throes of 2021. Richoux restaurants have been serving tea and more substantial fodder to Londoners for over 100 years – with the group spreading its wings to open branches in the Middle East.

It’s a joy, then, that chef-custodians Jamie Butler and Lewis Spencer are stepping in to save the brand, preserving its heritage while bestowing on it their own touches – honed while working together in the kitchens of Moor Hall. In its elegant, chandelier-adorned dining room, arrive early to sample Jamie’s signature cruffins: a flaky cross between a muffin and a croissant, filled with flavours including vanilla bean and raspberry. Or come later to tuck into a French-inspired, all-day menu of crowd-pleasers including French onion soup, Welsh rarebit and a croque monsieur. 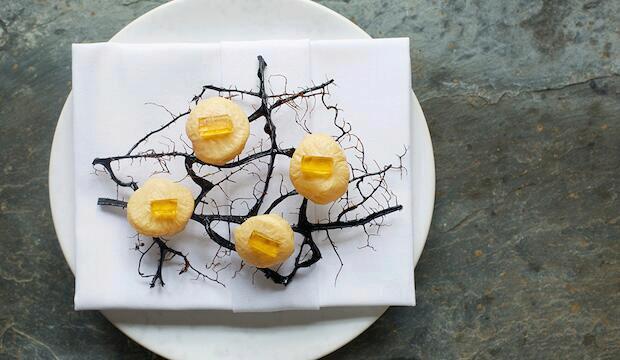 It’s with wide open arms we welcome it back this month. Chef-owner Grett Graham has hired former head chef of Kitchen Table, Tom Spenceley, to run the ship on a day-to-day basis. Whatever he decides to do with the dishes, we’re hopeful the legendary tasting menu remains intact along with the set lunch which, at four courses for £50, was always a steal for cooking of this level.

No restaurant, however celebrated, was safe from the havoc wreaked by the pandemic. Despite having two Michelin stars and regularly featuring on the World’s 50 Best list, The Ledbury in Notting Hill was forced to close its doors indefinitely in June 2020, unable to cope with the loss of income.