2 CW readers are interested
Margot restaurant review, Covent Garden 2 Margot restaurant review, Covent Garden Vinciane Jones
Two giants of the London restaurant scene have banded together to open Margot. It's about time for the duo: Paulo De Tarso and Nicolas Jaouen have worked at (and opened) some of London's best restaurants. De Tarso is famous for being Maitre d' at Scott's, and Nicolas Jaouën, for launching the former, and Mayfair's La Petite Maison. Both tell Culture Whisper how they feel relieved now to finally have their own restaurant.

Margot is a brasserie-style fine dining Italian. At the end of Long Acre, the restaurant is every bit the Covent Garden destination. Inside, the duo tell us that comfort is important and that Margot is both traditional and modern in its design turns and food. Jaouen also says that the right shape of ground floor restaurant (there's a downstairs too) was important. 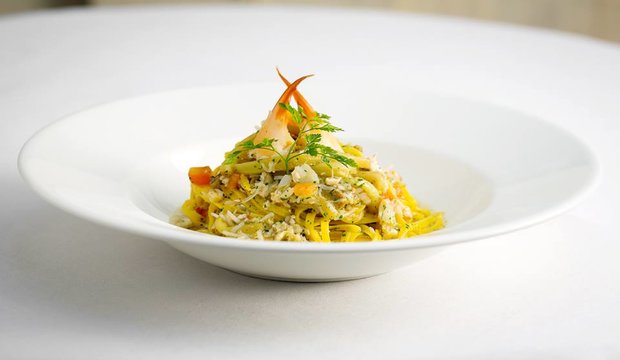 For all of their efforts, the restaurant certainly is fresh-looking, and makes good use of space so that diners will always have intimacy. Cleverly designed midnight blue banquettes are an impressive centrepiece; the effect that they create by curling and contorting around the room is that diners can see each other across the restaurant from unusual angles - it sort of looks like a waltzer ride, and adds glamour.

Other notable fine turns mean well, but lack punch. Cocktailiers are unnecessarily highly dressed in white dinner jackets, and bejewelled wall decorations look gawdy rather than glamourous. Most of the service is excellent, though by-the-glass wines are needlessly served from individual carafes, rather than straight from the bottle (which is shown to you anyway for approval).

Maurizio Morelli (previously of Latium) is heading up the kitchen, where dishes intend on innovating classics. The traditional Italian dining experience is recommended, so we had small plates (cheeses, salamis, carpacchios, tartares and antipasti), followed by a pasta dish, main course and dessert. Everything was cooked with marvelous precision and attention to detail but lacked soul. A beef tartare to start replaced egg yolk with scrambled egg, which was a needless modernisation of a classic dish that only reminded us how great egg yolk is with raw beef. 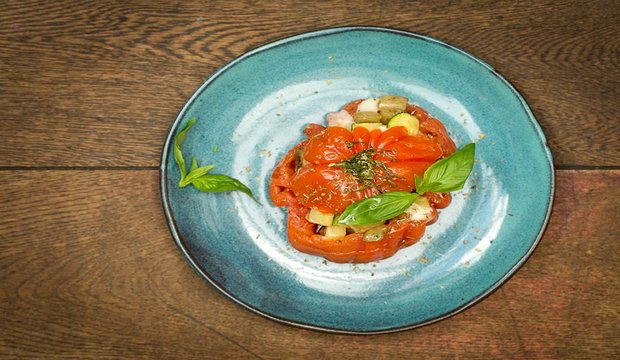 A tagliolini with sicilian prawns, artichokes and sicilian tomatoes lacked any discernible kick or grit and the interesting-sounding roast saddle of venison, savoy cabbage, pumpkin sauce and glazed chestnuts main was a seasonal push too far. The room temperature jus added nothing to the expertly cooked venison but diluted its intensity. My vegetarian guest couldn't eat any of the main plates, but enjoyed a starter dish of ricotta and lemon ravioli with (finally) bursts of flavour.

It becomes clear throughout the evening that the restaurant is designed for discretion (for one, we're asked not to take any photos of 'celebrity' diners), but its drive for fame and glamour has derailed the food. Also, some of the restaurant's messaging is oddly off. We were offered a whisky spin on a negroni as a welcome drink, and the manager struggled to recommend an alternative for a vegetarian main.

Margot's logo is a sausage dog - but the restaurant's bark is bigger than their bite which means Margot is ultimately underwhelming.