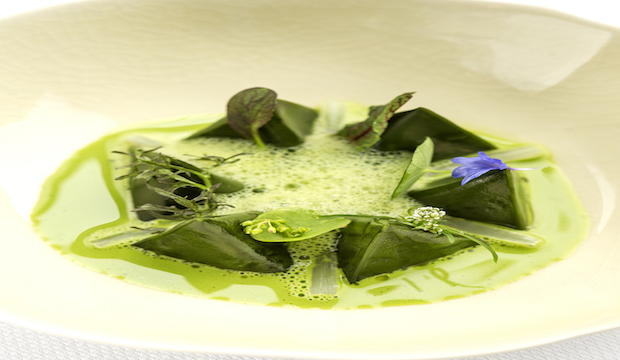 Berlingots La Dame de Pic
'Londoners are so much more open-minded about cuisine and culture', says Anne-Sophie Pic. 'London is a beautiful place to be, especially as my cuisine is all about making the diner travel with unfamiliar flavour combinations and so many different layers to the taste.' Pic explains that she compares herself to a perfumier in the way she likes to build and blend textures and accents.

It’s a big deal for her to feel accepted in London despite long being the only female chef to hold three Michelin stars in France for her family restaurant Maison Pic in Valence and she’s endearingly modest.

'Michelin has always been part of my story, we’ve had the restaurant in Valance for four generations but we’ve never taken stars for granted, explains Pic. “It was certainly not a given that we could win a second star here in London. Stars still matter a lot and bring many new customers to the restaurant'

'It’s tougher here too. The London gastronomic scene is so much more fast-moving than in Paris with so many more new openings, ' enthuses Pic. 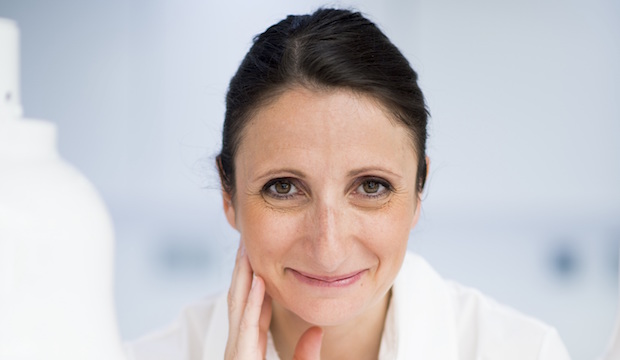 What inspires Pic most has always been the produce, not just the quality and taste but forming strong human relationships with the producers here in the UK. 'Although, I’m all about precision on the plate, I bring my emotions too.' Pic has not only gone down traditional routes in sourcing ingredients. 'In France we think we are the best in terms of cheese, but I have been mightily impressed by Neal’s Yard Cheese, especially Colston Bassett stilton". Stilton now features in a pre-dessert dish with white chocolate and meadowsweet.

Pic waxes lyrical about discovering Spa Terminus high foodie hub in the backstreets of Bermondsey, especially Little Bread Pedlar, Prufock Coffee and Jensen’s Gin. Here she has found a brilliant importer of spices including an Ethiopian spice completely new to her: korarima, rather like a smoked cardamom. Spices and unsual flavour combintions abound. Scottish langoustines are seared in shellfish butter with heirloom carrots and a bouillon infused with pine tree buds and coffee (Pic is a huge fan of Amir Gehi's Difference Coffee who source the world's finest and rarest coffees); Welsh lamb is marinated in melilot and glazed with pollen butter, served with padron pepper puree and Tahitian vanilla millefeuille with Voutsiperipery pepper foam.

First time visitors should try too her signature starter of berlingots – pasta parcels based on the shape of a sweet she loved as a child. The dish changes seasonally. The Berlingots are currently filled with gruyere and vacherin cheeses served with a sophisticated wild mushrooms, woodfuff, barley and roast hazelnut consommé.

'Ultimately, life is all about developing creativity,' concludes Pic. No wonder, Anne-Sophie has gained a second star in London. Her creativity knows no bounds.