There's nothing so extravagant and yet so base as being presented with a pig's head on a plate. Here sits one of God's creations, its eyes and smile crackled under the heat of a cooker for your pleasure. And here sits you, jowls ready to gobble theirs down in a matter of moments. Should a gouty Henry VIII with the ooze of a thousand venereal diseases sit down beside you and thoughtlessly impaled said pig with a bejewelled and delicate dagger, it would feel right.

The marriage between extravagance and basics, though, makes for the best cooking. If you haven't heard of the marvellous Adam Rawson, then now is very good time to fall in love with him. He's the young and talented chef who kicked off his career with runs at White Rabbit and Lucky Chip, as well as Viajante, the Corner Room and Claridges under the stern hand of Gordon Ramsay. He then took an impressive turn as head chef at Peruvian restaurant Pachamama, subsequently winning an impressive award at the Young British Foodies. 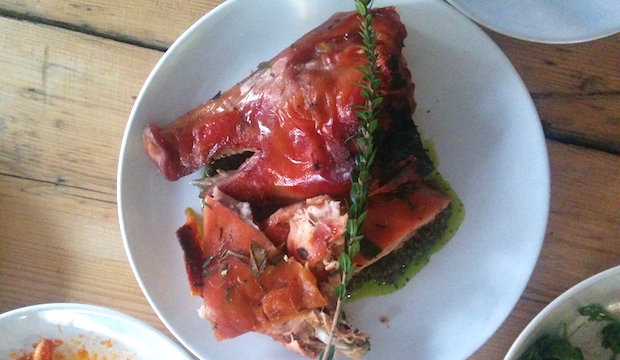 Last year, Rawson upped-sticks and decided to explore the globe, sampling flavours from all over the world on his hunt for culinary inspiration. Recently returned from Morocco with bags full of powdery spices (you wouldn't want to be behind him at customs), Rawson is hosting a series of supper clubs. This one was 'Italot' -- a Sardinian inspired pop-up in The Palm in Clapton, and his next (unsurprisingly) will be Moroccan. 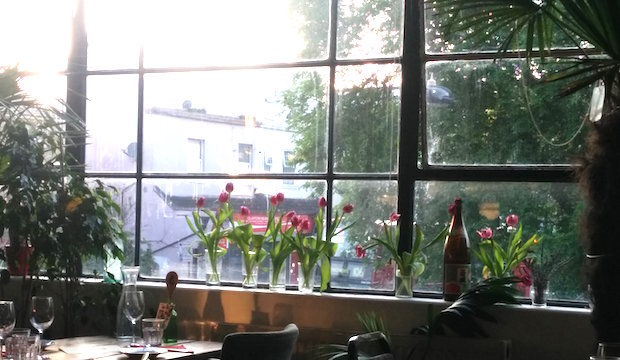 These treats, we realise, are no good to you now. But Rawson's adventurous culinary parings, which gave us pecorino (hard sheep cheese) ice-cream in a punchy strawberry source and baked mussels with dripping gorgonzola, should make you excited for the next one. Keep a beady eye on this young man and book his Moroccan pop-up meal the moment it's announced. We expect very good things.