Greenwich and Docklands International Festival (GDIF), London’s leading festival of outdoor theatre and performing arts, returns in the summer with a plethora of exciting free events

Going from strength to strength since its beginnings in 1996, this year GDIF brings us more than 130 performances, including 15 UK premieres - and all free of charge.

There will be a few firsts this year: the City of London will debut as a participating venue. Also GDIF will have unprecedented opening and closing ceremonies, respectively at Woolwich Town Centre and Royal Arsenal Riverside on Friday, 21 June (18:00-23:00), and at the Royal Albert Dock on 6 July (21:30).

Each occasion will feature a version of Cristal Palace, a new immersive production from the French company Transe Express, that will include professional and community performers, and fuse dance, music, acrobatics and locally inspired storytelling.

From a Festival that includes acts from as far apart as Australia, Belgium, Italy, the UK and France (and more!) here are some of Culture Whisper’s highlights: 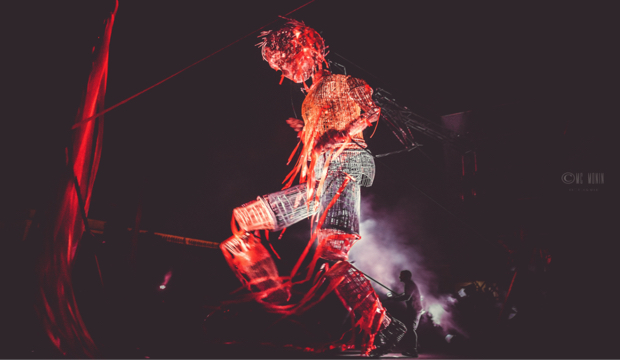 France’s Compagnie L’Homme Debout present Mo and the Red Ribbon, a charming promenade performance here receiving its UK premiere. Mo is a giant child puppet, who wakes up in Bow to find he’s been separated from his family. With a red ribbon for a guide, Mo sets about on his journey, which explores the experience of migration from a child’s perspective and offers an ultimately optimistic perspective on our world. 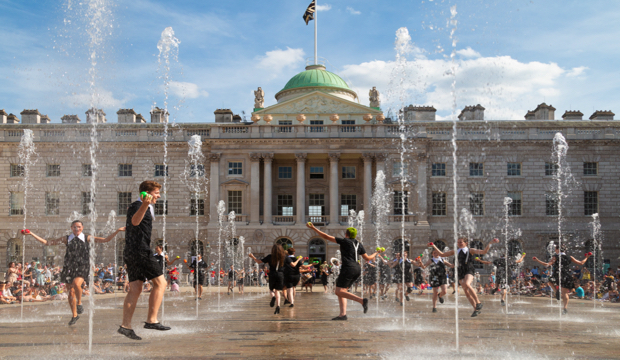 Culture Whisper firm favourites Gandini Juggling know how to make the most of summer, if their show Cascade (pictured), which interacted with the especially programme fountains of Somerset House last year, is anything to go by.

For GDIF 2019 Gandini Juggling are devising a brand new show, Stack Cats, which promises ‘a mash up of clowning, slapstick and dance laced with classical painting references, and - of course! - world class virtuoso juggling.

Gandini Juggling Stack Cats is part of Greenwich Fair, a family-friendly weekend (22-23 June) packed with opportunities for participation, including what’s described as a ‘low-tech rollercoaster.’ 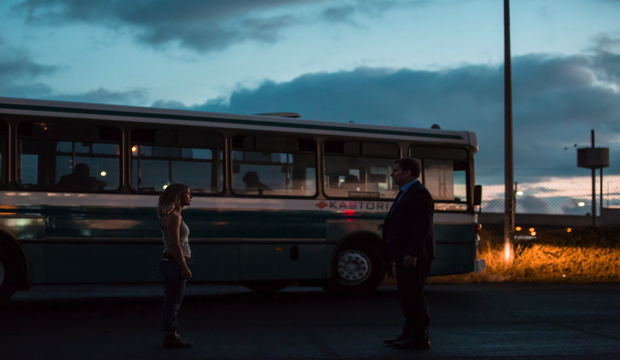 A conversation between two passengers on a bus is the basis for Passenger, from Australia’s Jessica Wilson, also having its UK premiere at GDIF 2019. An immersive show billed as ‘an intimate but epic story,’ Passenger premiered in Melbourne, where Arts Hub described it as as ‘a brilliantly crafted story that thrusts you into a live-action cinematic experience.’ 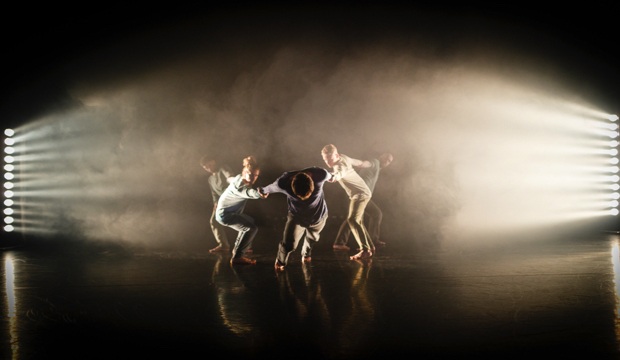 Herman Melville’s epic novel Moby Dick provides the inspiration for two contrasting participants in GDIF 2019. James Wilton Dance’s Leviathan is a contemporary dance take on the novel, an entrancing exploration of the themes of endurance, man against nature and blinding obsession, which premiered at The Place three years ago.

Having seen it then, Culture Whisper can heartily recommend it! 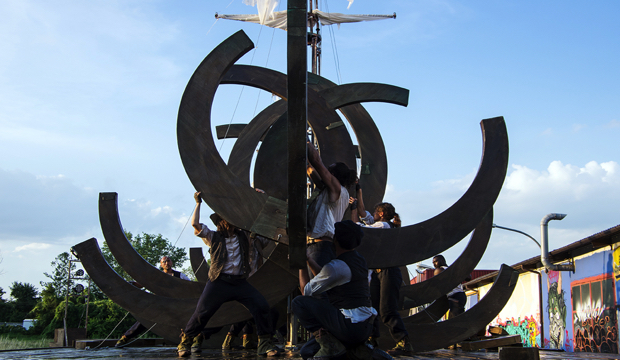 Italy’s Teatro dei Venti present their own take on Melville’s masterpiece with Moby Dick. With ingenious staging, physical theatre and circus, Teatro dei Venti’s reinvention of Melville’s classic novel explores themes of migration and the fear of the unknown.

And this Moby Dick has the distinction of being performed in a destination new to GDIF, provided by this year’s debutant, the City of London. 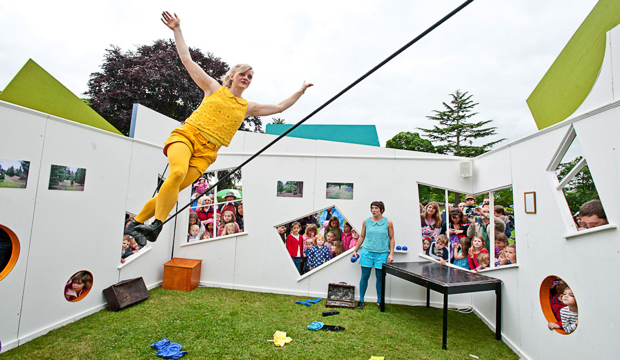 My House is the work of British/Swedish troupe Apocalyptic Circus. Children and families are invited to take a peek into their pop up circus theatre house in a show that combines playful circus, including slack rope, hand balance and partner acrobatics, and gives the circus stars of the future an opportunity to test their skills.

Saturday 29 June, General Gordon Square, Woolwich (Part of the Greenwich Great Get Together) 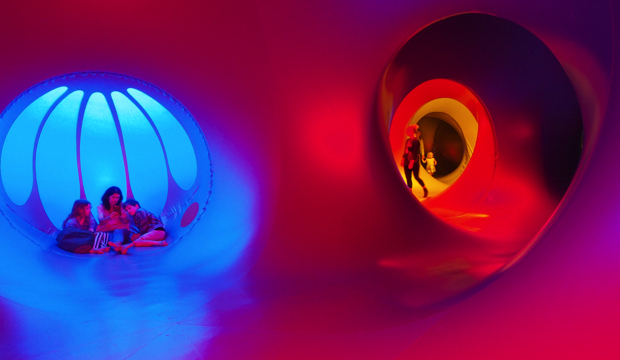 For something completely different, you’re invited to ‘lose yourself in an immersive architectural installation’ – DAEDALUM created by Alan Parkinson, whose ‘cathedrals of air’ are in reality monumental luminaria, immersed in radiant colour that comes simply from daylight shining through the luminarium’s fabric.

More than 3 million visitors in over 40 countries have visited Parkinson’s cathedrals of air over the past couple of decades; now you, too, have the opportunity to be similarly dazzled.

This is just a very small selection of a festival that promises countless delights. For the full programme, click here

Everything you need to know about UK Disneyland, Kent's London Resort
Sign up to CW’s newsletter
By entering my email I agree to the CultureWhisper Privacy Policy (we won`t share data & you can unsubscribe anytime).