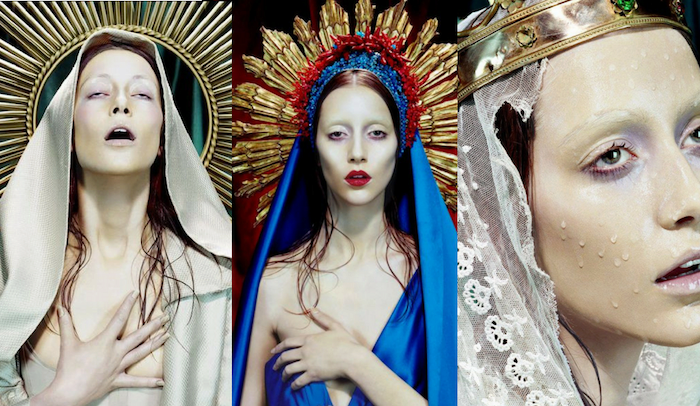 Alana Zimmer photographed by British photographer Miles Aldridge for the 'Imaculee' series, a strange and beautiful exploration of sexual and religious ecstasy.