Strathberry went stratospheric in 2017, thanks to Meghan Markle, and now the Scottish bag brand has collaborated with Californian influencer (and big sister to supermodels Bella and Gigi) Alana Hadid 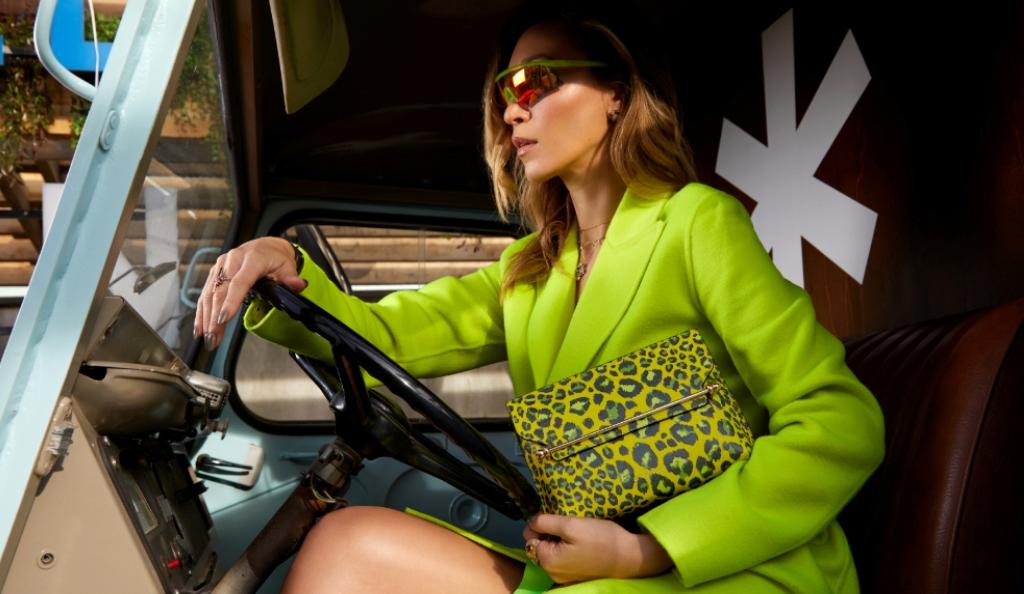 Alana Hadid x Strathberry
If ever you're in need of a dose of colour therapy, then Alana Hadid's Instagram page is a good place to start, filled as it is with tie-dye brights and pops of red and pink. Now, the Californian fashion entrepreneur (and older half-sister of supermodels Bella and Gigi) has brought her vibrant aesthetic to a collaboration with British brand Strathberry, reimagining the brand's East/West Stylist bag with leopard-print detailing and a zingy lime makeover. 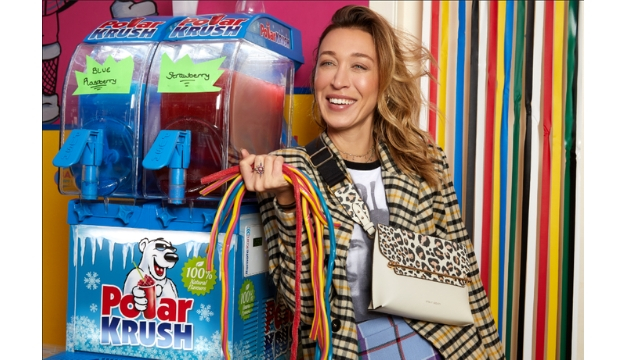 Since it launched in 2013, Strathberry had been growing a steady customer base with its Scottish-designed, Spanish-made range of affordable bags. That all changed on 1 December 2017, when Meghan Markle accessorised her post-engagement public debut with the brand's Midi Tote. The style sold out in minutes and the brand became a power player in the exclusive world of accessories, sustained by the Duchess of Sussex's continued support, as well as the brand's hand-made quality.

But Alana Hadid was an early adopter, having discovered the brand long before her fellow Californian. 'I found Strathberry on Instagram and I immediately became a huge fan,' says Hadid, who had been in touch with the brand for a few years before the opportunity came about to collaborate. 'I really love that the bags are immediately recognisable and incredibly chic and classic.' 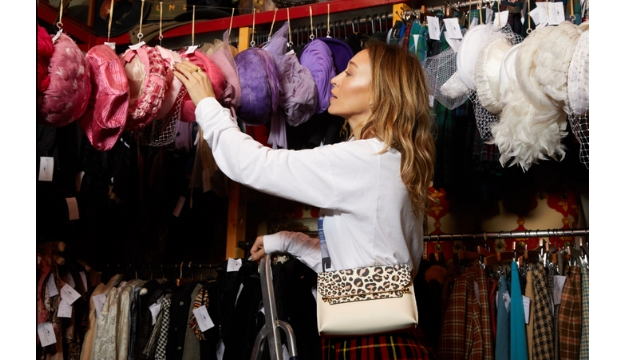 When it came to creating her own designs, Hadid was determined the bag should be versatile and, with its new adjustable, removable webbing strap, her version of the East/West Stylist is certainly that. It can be worn multiple ways, used as a pouch within another bag or as a clutch in the evenings and, crucially, is big enough to hold a phone (no Instagram-bait nano bags here). 'I love switching the straps to change the look of a bag and add a little interest,' says Hadid, who styles her East/West Stylist on a short strap for the campaign, giving it a street-style twist.

After initially visiting Edinburgh to work on the designs, Hadid was eager to return to shoot the campaign, in which she stars: 'I'd visited once before and got a brief glimpse. I've truly fallen in love with Scotland, the people are always incredibly hospitable. For the campaign we shot on the streets of Edinburgh – I really wanted to capture a day there, the people, the places, the feel.' Ever on the hunt for a bit of local colour, Hadid even roped in a traffic warden, whose hi-vis uniform provided the perfect match for one of her Strathberry bags in a candid behind-the-scenes shot. 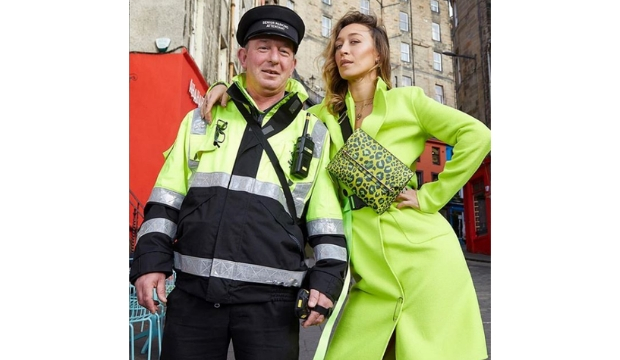 The campaign images are bright, irreverent and fun, just like Hadid, who brought a healthy dose of LA sunshine to the seemingly mundane surroundings of a convenience store, the cab of a lorry and a ladies clothing store. Layering her East/West bag over tartan tailoring, Hadid oozes Caledonian cool. 'I love prints and playing with colour,' says Hadid. 'It was fun to show a little of my LA style on the streets of Scotland.'