Step into an enchanted world of blossoming orchids at the RHS London Orchid Show, who are also playing host to the European Orchid Conference 2015. International botanical gardens, orchid societies and professional growers fill the Royal Horticultural Halls with the most exotic buds and colourful flowers from around the world. 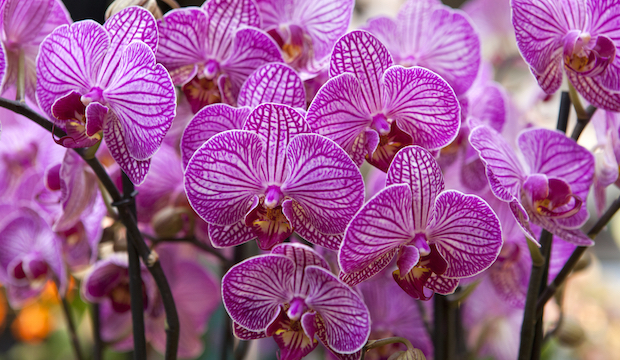 Exhibitors to look out for include, rare New Guinean and Brazilian miniature species by the Equatorial Plant Company and the foremost centre for the breeding and cultivation of orchids, the Eric Young Orchid Foundation.  You'll also be astounded by the amazing collection from Luxembourg Gardens in Paris, where there are over 60 species of Paphiopedilum orchids; 28 time Chelsea Gold medal winners and specialists in rare and unusual bulbs, Jacques Amand and the biggest name in orchid hybrids, McBeans Orchids. There are also more traditional growers like the family run Vacherot & Lecoufle Parisian company to discover. 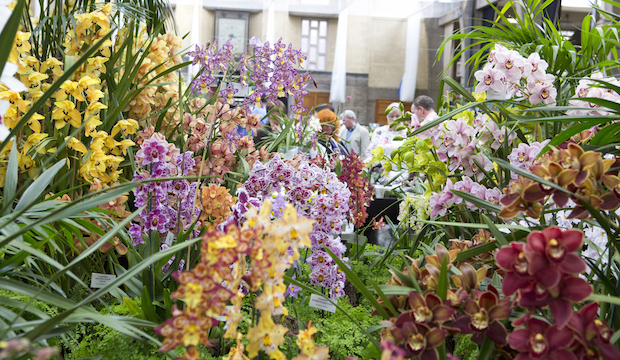 Talks and practical demonstrations that will spark the gardener's imagination include lessons from the National Association of Flower Arrangement Societies, the RHS Wisley Glasshouse exhibit on the history of orchid hunting and wisdom from the Royal Botanic Gardens at Kew where there are an astounding 2,7000 orchids. There's even some quirky and kitsch orchid inspired products like floral artwork and jewellery made form real orchid flowers. 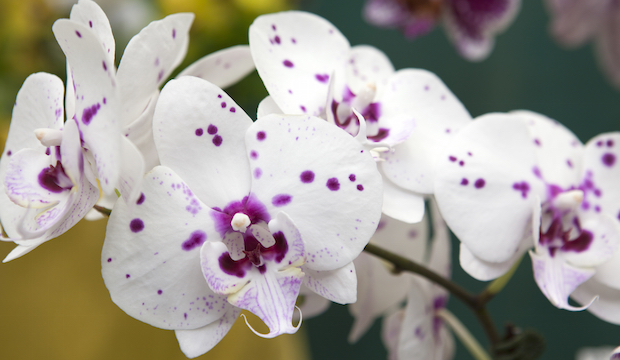 The conference is all together a more serious affair with leading experts and enthusiasts coming to London to discuss the world of orchids, including orchid science, hardy orchids, general cultivation, breeding and exploration. With events at both Kew Gardens and the Royal Horticultural Halls, the serious green-fingered orchid lover might want to push the boat out and attend, but for beginners we recommend the Practical & Educational Sessions at the Lawrence Hall dais where novices can learn how to cultivate orchids from the beginning.

Get a glimpse into the world of orchids and discover the rare and unusual blooms at RHS London Orchid Show this spring.