Over the past few weeks it hosted the ROH’s cinema festival; but its main function is as a live performance stage, and for its debut as such it’s called on the services of two exceptional dancers and a virtuoso pianist in a programme that aims to highlight the very special relationship between music and dance.

Save for a grand piano placed on the left hand side, the stage is a bare black canvas where Ferri and Cornejo draw the lines of works by choreographers such as Russell Maliphant, Wayne McGregor and Angelin Preljocaj, creatively lit by Clifton Taylor.

In between the danced pieces, Levinston offers short piano solos, and what delights his playing offers! Levinston draws from his piano crystal clear notes, infused with unusual warmth, providing new definition to works ranging from Bach to Philip Glass. His playing is prodigious.

So, what of the dancing? Alessandra Ferri is a very special ballerina. Now aged 55, she retired from dancing in 2007; but returned to the stage six years later, and has been gracing theatres on both sides of the Atlantic ever since.

With her lithe but strong and beautifully proportioned body, arched feet, long pliable arms and large brown eyes that burn all the way to the back of the theatre, Alessandra Ferri has a magnetic stage presence. In Herman Cornejo she’s found a perfect partner, his flashy technique and younger vitality a perfect complement to her older feminine fragility. 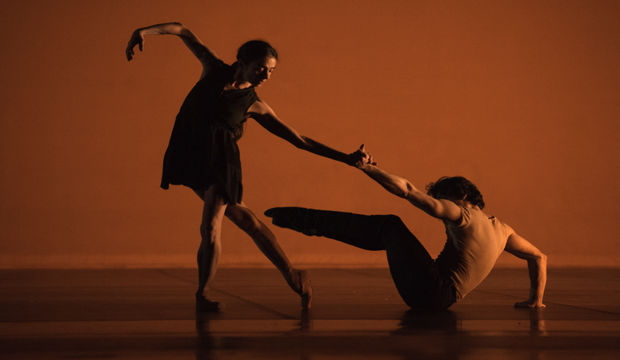 Programmes such as this, however, tend to flatten out after a little while. Bar a solo for each of the dancers, TRIO Concert/Dance consists of short pas de deux, where Cornejo supports, embraces and lifts Ferri in works that, deprived of a context, soon become rather indistinguishable from each other.

The one piece that stands out and ends the evening on a high is the pas de deux from Le Parc, choreographed by Angelin Preljocaj (pictured up top). Here Levinston is joined by the Halcyon string quartet to play the adagio from Mozart’s Concerto No. 23 in A major.

Perhaps because at the back of your mind you have the wider context of Le Parc, this pas de deux – which brings two lovers together, free finally from all social trappings – is intense and more engaging than anything that went before. 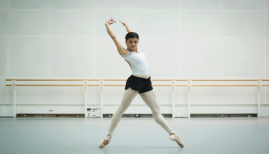 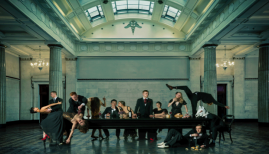