Strictly Come Dancing 2018 launched last Saturday, but the competition itself won’t start for another couple of weeks. Meanwhile, Vikki Vile meets this year’s celebrity cast and assesses their prospects 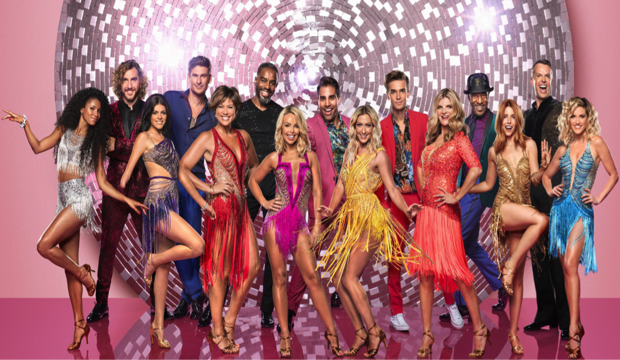 Among the 15 hopefuls, all now paired off with their professional dance partners, are Steps singer Faye Tozer and former England cricketer Graeme Swann. Come Christmas, who will hold the coveted glitterball trophy?

STRICTLY – THE OLD TIMERS
Will the contestants with previous dance experience steal a march on the dance floor newbies? Ashley Roberts of the Pussycat Dolls has even judged ITV’s Dancing on Ice, and Faye Tozer has been with pop band Steps – a group famous for their dances moves– for 20 years.

Tozer remains cautious when it comes to expectations : 'I think definitely it puts pressure on you’ she says, ‘but (...) in some ways, it can go against us. The stuff that I’ve done is a completely different discipline.’ Roberts agrees: ‘It’s a skill and a new style that I have never done before, so I am excited to learn it, and then hopefully apply some of the performing background I have had into this and see how that little potion works.’

Naturally, the pop stars' loyal fan bases are keen to see them dance to some of their signature songs. Tozer said: ‘Some of the fans have been saying "The Way You Make Me Feel" - that’s the ideal one, to do the waltz to that.’ As this year will see the introduction of a new round entitled ‘Couples' Choice,’ there will be plenty of scope for the those with experience to play to their strengths.

STRICTLY – SAY, WHO?
An inevitable theme during the annual drip-feeding reveal of the cast are the cries of ‘Who?’ from the Strictly fanbase. Never has this been more true than for YouTuber, Joe Sugg. 27-year-old Sugg has 13 million online subscribers, but with Strictly attracting an older audience, many were bemused.

Luckily Sugg was prepared: 'There [are] a lot of people that aren’t going to have a clue who I am. I thought if they have kids or grandkids or a niece or nephew or stuff, there’s more of a chance, “Ah OK, it’s the guy that you watch on YouTube and stuff” but it’s fine.'

Of course, when booking contestants, the BBC are keen to sign up as diverse a cast as possible, and Sugg is excited about the potential for his appeal to become multi-generational. 'What I’m really excited about and one of the things that also made me really want to do this show is the thought of getting a younger generation and the old generation on a Saturday night in front of the TV watching something together as a family.’

STRICTLY – THE ATHLETES
Last year’s show saw the first inclusion of a paralympic athlete in sprinter Johnny Peacock, who lasted until week 9’s famous live show at the Blackpool Tower Ballroom. This year, the mantle is being passed to triathlete Lauren Steadman, but Steadman has more than Strictly on her mind this month.

‘I think maybe once my World Championships are over I’ll start to feel that live show pressure, because obviously there’s rehearsing and learning and pre-recording, but live is a different ball game.’

The glamour of Strictly, though, appeals, especially when compared to the plain utilitarian sports kit of her day-to-day life. ‘Purple is my favourite colour and the other day I had this purple, handmade, skimpy dress. I put it on and I actually felt a bit like a princess.’ And bubbling with enthusiasm she goes on: ‘Nobody’s ever spent that long on my hair!’

STRICTLY – WHY COMPETE?
Naturally, the contestants' motivations for taking part vary. For cricketer Graeme Swann, the final push came from his children. ‘My little boy last year asked to go to bed early on a Friday so he could stay up to watch Strictly on a Saturday. As soon as he did that, I knew. My wife said, “You’ve got to go on it”.’

For TV newsreader Kate SIlverton, it was a waiting game, having first been approached to enter the ballroom 12 years ago. 'I was off to Iraq, and then Afghanistan, then I was pregnant, and then being a mummy, and concentrating on that, and so it just felt like my children are now 4 [and] nearly 7, and it really felt like, absolutely, why not?!' Over the course of each journalist's brief time with each celebrity it’s Silverton whose sincerity and humility shine through the most. Having been constrained by the seriousness of the newsroom for many years, she exudes joy at such a gleeful interlude in her professional life.