1 CW reader is interested
ENB Rite of Spring Triple Bill, Sadler's Wells ENB Rite of Spring Triple Bill, Sadler's Wells Teresa Guerreiro
Presenting Pina Bausch’s Le Sacre du Printemps (The Rite of Spring) is a major coup for English National Ballet’s dynamic Artistic Director Tamara Rojo. Bausch’s earthy interpretation of Igor Stravinsky's extraordinary work has not been seen in the UK since 2008, and ENB becomes the very first UK company – and only the second ballet company in the world - to be entrusted to perform it.

On a stage covered in soil, 13 male and 13 female artists dance the selection and sacrifice of a terrified victim as a rite to mark the arrival of Spring. Bausch’s masterpiece is as gut-wrenching and galvanising as Stravinsky’s score, which will be played live by English National Ballet Philharmonic.

William Forsythe changed ballet forever with In the Middle, Somewhat Elevated, allowing his dancers to take exciting risks and explore the outer limits of their technique. Set against a bare stage, this deconstruction of classical ballet stars a bravura principal female role alongside a further eight dancers. The piece has been in ENB's repertoire for a while and the company clearly relish its challenges. 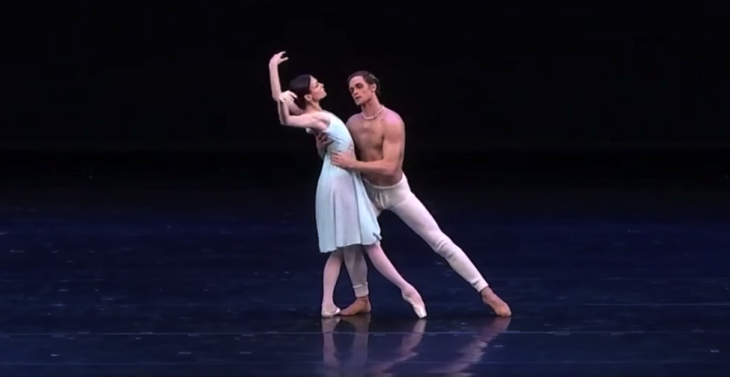 This lyrical work by one of the great living choreographers investigates just how slow a movement can be. Indeed, van Manen himself calls the ballet ‘an ode to deceleration’.

Expect to be impressed by its refined, ‘less is more’ quality.