Britain’s oldest ballet company, Rambert, recently celebrated their 90th birthday. In this varied triple bill they present a contrasting mix of work which includes a classic, a recent favourite and something totally new. It has to be said, the oldest work here really is the best.

The days run away like wild horses is a brand new work from versatile opera, theatre and dance choreographer, Aletta Collins. It explores the idea of lives intertwining and daily repetition inspired by Zbiginiew Rybczynski’s 1981 film, Tango. The beginning and end are homages to the film and are also the more memorable moments of the work.

The family home is a distinct lilac colour and we see various characters come and go: a mother tending to her baby, an arguing couple, a man ferociously jogging and a schoolgirl. Katrina Lindsay’s bright set and costume designs combined with these strong characterisations felt very much like a set piece from a Matthew Bourne production.

However, after the first five minutes the set is stripped back and we move on to the much flatter mainstay of the piece.

The choreography is intended to be repetitive, but in its present form it is simply a little dull to watch. Dancers in South Asian-inspired costume fill the stage, and a relationship between two of them includes some nicely executed poses and lifts. However the moments with the ensemble require precise staging and formations that don’t always happen; on the whole, these sections appear under-rehearsed.

First seen at Sadler’s Wells two years ago is The 3 Dancers, a work inspired by Picasso’s painting of the same name. It’s an interesting experiment that attempts to match Cubism to dance and movement, as the dancers take us on a journey through different emotions.

The choreography is relatively fluid, at times even hypnotic, as the interplay between the six dancers unfolds. 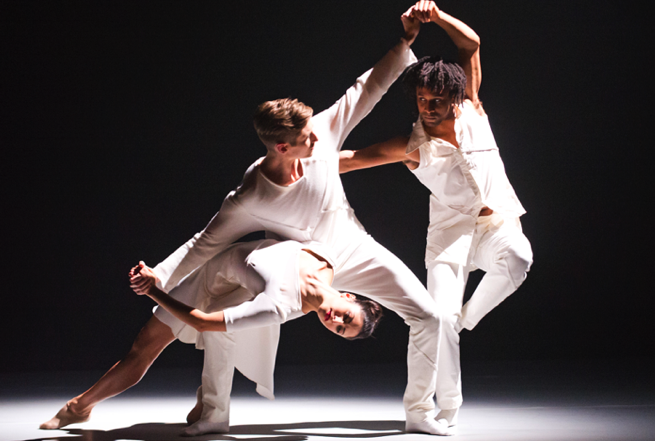 Brenda Lee-Grech is particularly stunning, her classical past obvious from her glorious lines and extension, my eye was repeatedly drawn to her strength and control. Elena Kats-Chernin’s score is breathtakingly beautiful and builds to a wonderful intensity as the dynamics between the cast reach fever-pitch.

The set is striking in its simplicity – a stark white square where the dancers are pushed and pulled hither and thither. With no warning a first and then a second oversized shard of glass fall on stage, creating the visually memorable image of the dancers narrowly dodging them.

Christopher Bruce’s Ghost Dances is one of the company’s most popular works, last seen in London 14 years ago. It was originally created as a tribute to the oppressed people of Chile under Pinochet’s military dictatorship. The storytelling is crystal clear and knowledge of the political backstory is not required for enjoyment.

Rather than ghoulish, the work has an ethereal quality – to me it felt like something out of A Midsummer Night's Dream. The women move daintily and the men are their pillars of strength as death watches eerily on.

There are engaging pas de deux for each couple before they are parted through death. The ever charismatic Miguel Altunaga and the delicate poised Carolyn Bolton were standouts on this occasion. The way she falls into the arms of the ghostly masked characters to her death is incredibly moving. Her white dress and Nick Chelton’s stark, bright lighting work wonderfully. There are also emotional and absorbing performances from the consistently engaging Simone Damberg Wurtz and partner Adam Park.

The breadth of themes explored in this varied bill certainly demonstrates the ambition of Rambert; but the limited success of the new work displayed against the class of Ghost Dances suggests they should not jettison the audience favourites just yet. 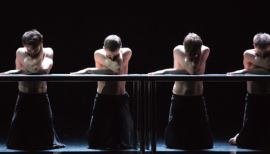 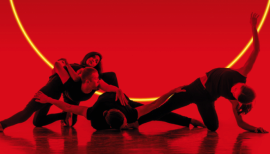 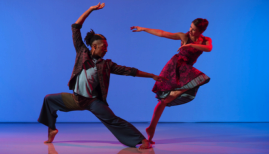