An Evening with English National Ballet at Sadler's Wells

English National Ballet has announced that its short programme of new works, available online, will now be performed live on the Sadler's Wells stage

Sadler's Wells has now announced its autumn programme of live performances, which will run in tandem with its Autumn Digital Stage. Following on from Birmingham Royal Ballet, next to take the stage at Sadler's Wells will be Associate Company English National Ballet (ENB) with a programme of new, especially commissioned short works, which will also be available to view online.

An Evening With English National Ballet will present five world premieres from some of the most interesting choreographers working today.

The prolific Sidi Larbi Cherkaoui, also a Sadler's Wells associate artist, has expanded his duet Laid In Earth for four dancers. Described as a 'torn apart' quartet, it is set to Purcell’s famous aria from Dido and Aeneas – sung live by mezzo-soprano Flora McIntosh – as well as new electronic music composed by Olga Wojciechowska.

In his new work for ENB, choreographer Russell Maliphant continues his collaboration with video artist Panagiotis Tomaras, their ongoing exploration of an aesthetic that relies on the interplay of light and darkness, with sound design by Maliphant's stage and life partner, Dana Fouras. 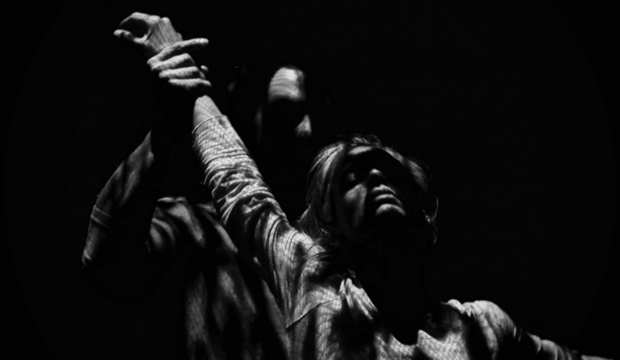 The Bolshoi-trained international choreographer Yuri Possokhov's Life and Fate marks his first collaboration with an UK company. His piece for seven dancers is based on Vasily Grossman’s eponymous novel about a Russian family caught in the Second World War, and is set to Shostakovich’s Piano Trio No1.

Finally, former Rambert dancer Arielle Smith’s Jolly Folly is a fast-paced and energetic work, driven by Latin and jazz-infused covers of Tchaikovsky, Strauss and Mozart by the Klazz Brothers.

The Box Office opens to the general public on Thursday 15 October, with priority sales from Monday 12 October.

An Evening With English National Ballet