Dutch National Ballet Dancers are, of course, delighted to be back on stage, even if before a token audience of just a handful of people, and it shows. All dance with commitment, energy and joy; and if the odd wobble attests to the difficult year of isolation and paralysis they're beginning to emerge from, what is surprising is how rare those moments are. On the whole these dancers are on top form.

This Spring Special follows a gala format, bringing together 10 short pieces or extracts from bigger works performed by the company's principals and soloists on their Amsterdam home stage. Each is introduced by the performers themselves in short, to-the-point video clips, where snatches from rehearsal are interspersed with a brief explanation of why they chose the piece they're dancing.

It's an admirable format, which other companies would do well to copy: efficient and informative, no faffing around, no wasted time.

Every piece in the programme has something to offer, but three are particularly enthralling and they follow each other midway through the performance. 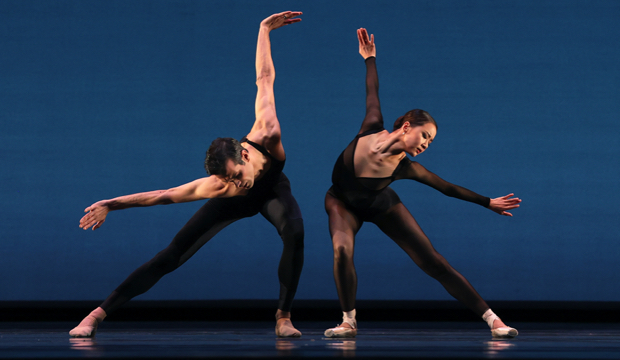 Dutch National Ballet, Replay. Photo: Hans Gerritsen
Vito Mazzeo (on whom it was originally created) and Yuanyuan Zhang clad in body-hugging dark unitards, dance with tremendous chemistry, their limbs drawing Brandsen's clean, expansive lines, the work's feather-weight narrative line subtly playing on the older man/younger woman theme. Those familiar with the work of the veteran master of Dutch choreography, Hans van Manen, will see his influence in this piece.

The Grand Pas de Deux from The Sleeping Beauty brings a major revelation in the person of Jessica Xuan. Small and perfectly proportioned, the softness of her arms tempering a steely technique, hers is the perfect Aurora: fresh as a young woman in love, yet very much a regal princess in the tilt of her head and absolutely confident demeanour. Sympathetically partnered by the handsome Jakob Feyferlik, Chinese-Canadian Jessica Xuan's Aurora will live in the memory for a long time. 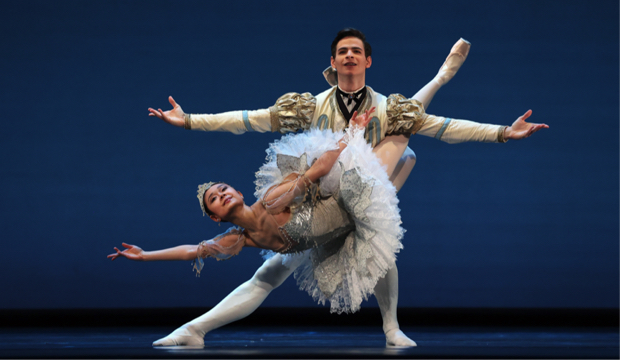 Dutch National Ballet, Grand Pas de Deux from The Sleeping Beauty. Photo: Hans Gerritsen
Two and Only, by DNB young creative associate Wubkje Kuindersma (pictured top) is a terrifically powerful duet for two men, danced by veteran principal Josef Varga and the young, newly promoted soloist Timothy van Poucke. It is set to two songs by Michael Benjamin, who accompanies himself first on guitar, then on piano, his rich baritone piercing your very soul with its yearning lines about memory and lost love. We're not a million miles from Leonard Cohen here.

Elsewhere, the programme ranges from classical hardy perennials, such as Giselle, to very contemporary with the world premiere of Juliano Nunes's acrobatic Alignment (surely inspired by Wayne McGregor's style of reliance on hyper-extensions and lifted splits, crotch foremost).

We can think of few more exciting ways to spend a couple of hours on a cold Saturday evening.