With the premiere of Fourteen Days just around the corner, Culture Whisper meets the BalletBoyz to find out more about the programme and its intriguing title 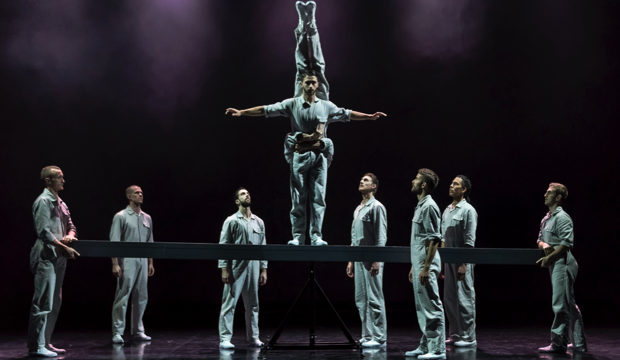 BalletBoyz, Fourteen Days, photo Panayiotis Sinnos
In a spacious studio in the BalletBoyz company home in Kingston-upon-Thames, 11 young men ooze concentration as they go through every dancer’s daily ritual: class. One floor above I sit with the original BalletBoyz, Billy Trevitt and Michael Nunn, in a small meeting room just off the busy company office. 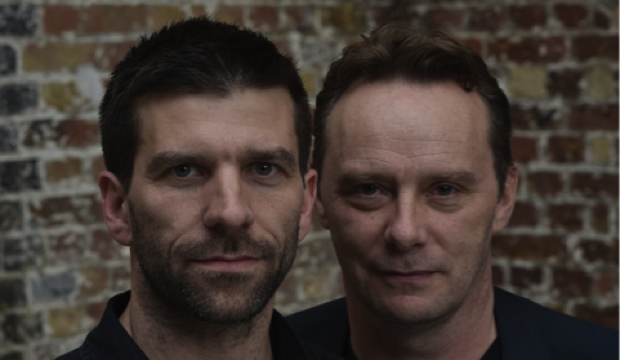 Billy Trevitt and Michael Nunn
The topic of our conversation:Fourteen Days, the BalletBoyz' new show, which is about to arrive at Sadler’s Wells bringing together new commissions from four very different choreographers. The twist? Each was given just 14 days to create a new work. Why?

‘Even though we always have a variety of choreographers, we like to give them a theme or some sort of constriction to work within. And quite often (…) we find that choreographers produce their best work very quickly. Some times the more time they have, the more they think about it, it gets deconstructed.

So, 14 days in which to create a new work; and one more stipulation: an overall theme of Balance/Imbalance. This time the explanation comes from Billy:

‘One of the original ideas was to do with the seesaw; and so we had a seesaw constructed just to see whether there was anything in it, whether it was a strong enough idea.

‘That coincided with Javier [de Frutos]’s14 days and he tried the dancers on a seesaw and everything really flowed from that: the idea of balance was connected to that, I suppose.’ 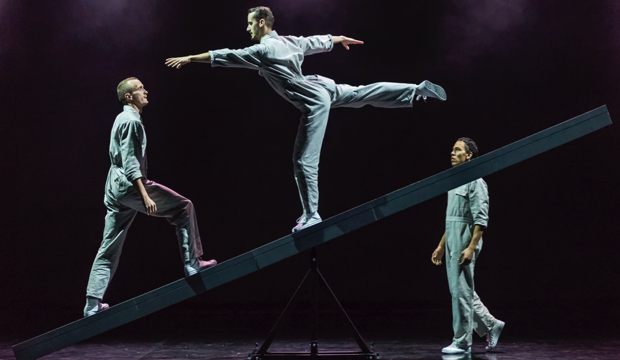 BalletBoyz, Fourteen Days, photo Panayiotis Sinnos
The seriously unpredictable Javier de Frutos, returning to work with BalletBoyz, is one of the four choreographers featured in Fourteen Days. The others are Christopher Wheeldon, one of the most successful ballet choreographers of our times; Iván Peréz, choreographer of Young Men, the film of which has just won BalletBoyz the 2017 Rose d’Or Award in Berlin and… Craig Revel Horwood. Come again? Craig Revel Horwood? As in, the bad cop judge of Strictly Come Dancing?

Michael and Billy laugh out loud at my perplexity.

Michael: ‘Well, we had a relationship with Craig… when was it? five, eight year ago?’

It was, in fact, 10 years ago, when the Royal Festival Hall reopened after refurbishment, and Michael and Billy were asked to create an opening gala.

Billy: ‘We remembered the film Valentino, which starred Rudolf Nureyev, [where] Valentino and Nijinsky did a tango, and we thought, wouldn’t that be great, recreating that. We didn’t know who to go to, but we thought he [Craig Revel Horwood] might be interested. So, we just called him, he was willing to come and have a go, and so we made a tango with him.

‘When this project came up we thought, we want variety – there’s no point in having four very dense pieces of contemporary dance back to back – we need to ensure there’s variety and he was one of the first names on the list.’ 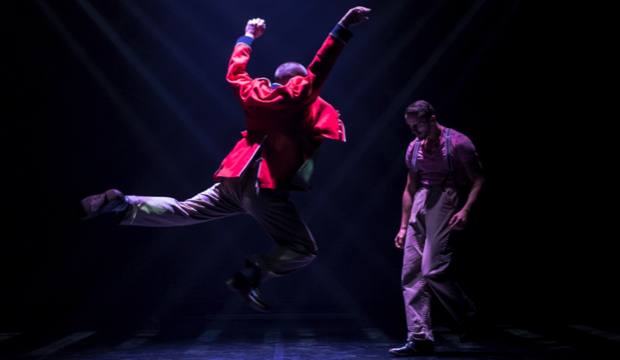 ‘And, of course, for the audience as well, I think now there’s an expectation: you don’t know what you’re going to see, [but] you know there is going to be a great variety.’

It’s not a good idea to second-guess BalletBoyz. If you’re familiar with the work of Christopher Wheeldon (it’s hard not to be, he’s so much in demand on both sides of the Atlantic) you’ll be expecting his piece for Fourteen Days to be very much based on classical ballet. Wrong:

‘He said it’s the most contemporary piece of work he’s ever made, and he really really enjoyed the experience,’ says Michael.

Each choreographer was paired off with a different composer in a slightly idiosyncratic way. So, for example, Wheeldon was kept well away from his regular collaborator, Joby Talbot, who was instead assigned to Iván Pérez.

One thing, though, you’re right to expect: a company of extraordinary male dancers with, as Michael puts it,

‘… a very strong bond between them, and that transmits somehow to the audience and they take you on this journey with them.’ 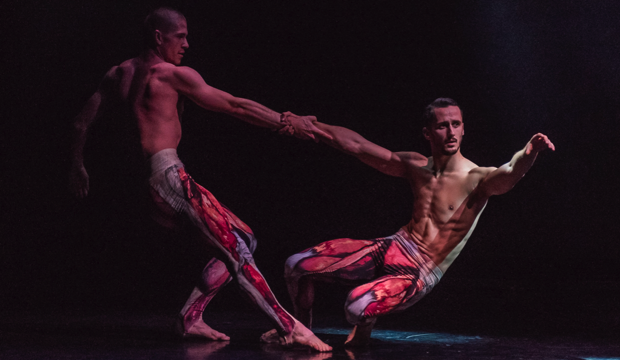 BalletBoyz, Fourteen Days, photo Panayiotis Sinnos
That is perhaps the greatest among Nunn and Trevitt’s many achievements: that they’ve been able to recreate within their company of 11 dancers the same truly extraordinary bond and connection they themselves had, when, their Royal Ballet career over, the two became the original BalletBoyz in the naughties.

I had to ask, then, successful and versatile as they are now running their own company, do they ever miss the stage?

Michael’s answer catches me by surprise: ‘We’re thinking of coming back next year!’

Billy clarifies: ‘What these guys can do, we simply aren’t capable of that anymore. We’re trying to imagine a different way of commissioning something that would be specific for us, to work with the boys in a performance, but have maybe just a separate part for us.’

Michael: ‘I think it’ll be interesting for us to see what we can do at 50-years-old, what we can still offer. The idea really came about, I went to see Pina Bausch the last time they were at Sadler’s Wells and they did the same programme I’d seen probably 10 years previously with the same dancers, and there was something extra to it.

‘I couldn’t quite put my finger on it, but the old dancers could stand there, they could hold the stage, they didn’t need that extra physicality, it had been replaced by something else, different, interesting.’

Trevitt and Nunn back on stage: now, there's something to look forward to! Meanwhile, though, the new project for the current generation of BalletBoyz, Fourteen Days, is just around the corner, and in characteristic way, it comes full of promise, variety and not a little mischief...