BFI: Shakespeare on Film presents the biggest ever international programme of the writer's work on the big screen

1 CW reader is interested
BFI: Shakespeare on Film BFI: Shakespeare on Film shobha prabhu-naik
The BFI has collaborated with the British Council to present the biggest ever international programme of Shakespeare on film.
The BFI's latest epic scale project will take place across the UK – and worldwide – exploring how filmmakers have adapted Shakespeare’s works for the screen. Landmark works by Laurence Olivier, Orson Welles, Roman Polanski and Kenneth Branagh will all be returning to the screen between April and June in the blockbuster season
The programme will include an international touring programme of eighteen key adaptations – in over 100 countries. In addition to the likes of Branagh and Olivier who popularised Shakespeare's works, the tour also looks towards those less conventional adaptations such as Baz Luhrmann’s Romeo + Juliet and Julie Taymor’s Titus Andronicus. 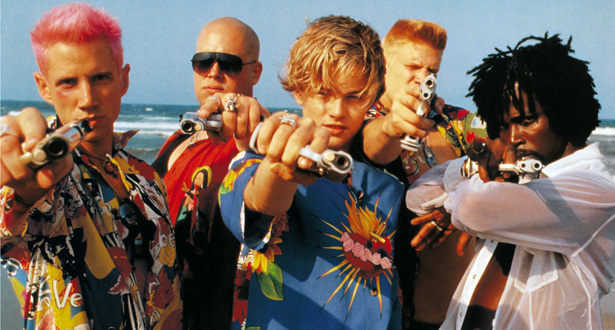 The Montague Gang in Baz Luhrmann’s Romeo + Juliet (1996)
Ian McKellen is Richard III
Spearheading the project, award-winning Shakespeare actor and writer Ian McKellen will be travelling around the world to present and discuss Shakespeare on Film. On 28 April, Richard III (in which McKellen played the leading role) will be beamed across UK cinemas with a special post-screening discussion between McKellen and the film's director Richard Loncraine. McKellen himself will also host public bus tours around the sites of the film's iconic London locations in London.
The first half of the project focuses on classic cinema adaptations including Olivier's Hamlet, Branagh’s Henry V, Polanski’s Macbeth and Zeffirelli’s Romeo and Juliet. There will also be the opportunity to watch international adaptations of Shakespeare, including Vishal Bhardwaj’s Indian Shakespearean trilogy: Maqbool (Macbeth) Omkara (Othello) and Haider (Hamlet).
May presents Shakespeare Re-imagined: more loose interpretations of Shakespeare’s texts: films to be screened include Drearden's All Night Long inspired by Othello and set in the London jazz world, Gil Younger’s all-american teen adaptation of The Taming of the Shrew, 10 Things I Hate About You. They're even screening childhood favourites such as The Lion King, a film which gave unaware, younger audiences a route into Shakespeare as an animated Hamlet, set in the animal kingdom.
Prepare yourself for the biggest ever programme dedicated to Shakespeare on Screen. We can't wait.