Jean-Luc Godard made his name in the early 1960s as part of the ‘Nouvelle Vague’ (‘New Wave’) of French cinema; an experimental heterodoxy that favoured untutored, amateurish film-making, rejecting the careful decorum of mainstream cinema. Alongside directors like Francois Truffaut and Claude Chabrol, Godard pioneered a new mode of philosophically informed and formally innovative filmmaking. His first feature-length À Bout de Souffle (Breathless, 1960) is an enduring classic of French cinema, an irreverent and erudite tale of youth and crime. The season is set to be jam-packed with feature films, short films, self-portraits and TV productions. There will also be exclusive demystifying Q&A sessions with his former wife and muse Anna Karina, star of Bande à part and Pierrot le fou.

Highlights of the Godard season in January include an extended run of the BFI re-release of Godard's landmark film Le Mépris (1963), a film widely thought to be about Karina's relationship with Godard and heralded as his most successful work, which will be digitally remastered for its return to cinemas across the UK commencing on January 1st. Brechtian social fiction Vivre sa vie (1962) and the light hearted Bande à part (1964) will also be afforded extended runs. One scene in particular in Bande à part has earned its place in the annals of cinema history: having heard of an American who saw the Louvre in under ten minutes, the trio attempt to break his record, hurtling with reckless abandon through its otherwise silent galleries. This surely ranks as one of cinema’s most memorable scenes of youthful iconoclasm.

The season continues in February with films such as Tout Va Bien (1972) which stars Jane Fonda and Yves Montand and represents Godard's twist on the idea of a politically progressive mainstream movie. With a strong political message which outlines the the class struggle in France in the wake of the 1968 civil unrest, the film is based around an American reporter and her French, commercial director husband who witness a strike in a sausage factory. Lucid, angry and at times hilarious, the film is often regarded as the most prominent of his collaboration with French filmaker, Jean-Pierre Gorin. 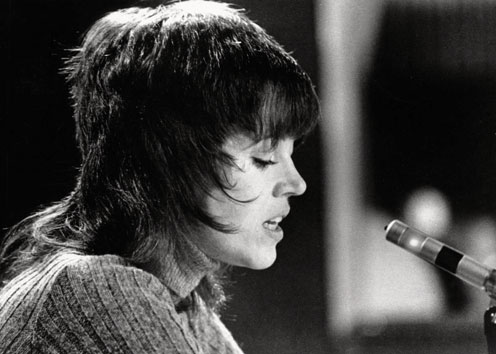 The BFI will also provide the unique opportunity to look at Godard’s commercial commissions in February. The eclectic programme features a range of rare works spanning 20 years including adverts for after-shave, jeans, sportswear, cigarettes and films for fashion designers Marithé and François Girbaud. In each case Godard provides an unexpected and inventive twist which create thought-provoking, and at times formally astounding results.

The final part of the season will include a 'Self-Portraiture Programme' which offers films featuring Godard himself. Sometimes appearing just as a voice, sometimes as an actor playing a role, but most often as himself, the programme aims to show its viewers a multi-faceted self-portrait of Godard whilst examining his conscience and his methods as an artist.

All in all, this unique and extensive season of one of the most celebrated French directors, the Jean-Luc Godard season is a must-see for cinephiles and New Wave-neophytes alike.