For director, writer, and star Nate Parker, The Birth of a Nation was a personal project that became a troubled and controversial one

The most immediate context is the specific historical one that the film explicitly chooses for its subject matter: the life of Nat Turner, an African American who led a slave rebellion in 1831. But even expanding this brief summary raises difficulties.

Do you say that Turner’s rebellion 'resulted in the deaths’ of around 60 ‘white people’, or in the 'murders' of ‘slave-owning families', or what? And when do you mention that up to 200 African Americans were subsequently murdered by militias and mobs? Before, or afterwards?

And where do you stop, context-wise? Probably you’ll want to mention director/writer/lead actor Nate Parker’s 1999 rape charges, because that’s a newsy bit of controversy that surrounded the film’s production and release, and it would seem pointed or significant if you didn’t mention it. Then, though, there’s the choice of whether to first mention that Parker was officially acquitted, or that his accuser killed herself in 2012. Or to not mention those facts at all.

And now you’re panicking, because you’re talking about real-life slavery and possibly-but-possibly-not-real-life rape in a film review, and where are you going to fit in quips about the acting or approbation about the cinematography? 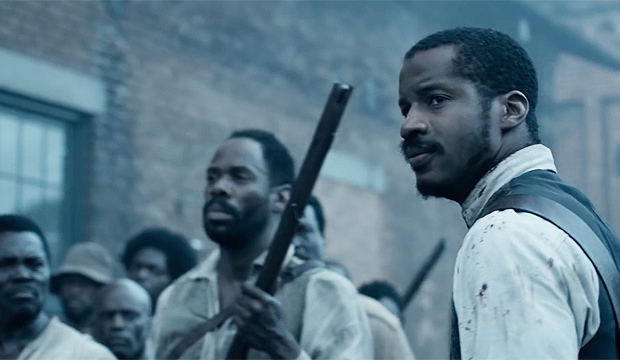 It gets more complicated: the film features the rape of enslaved women as part of its narrative, implying that Nat Turner was partly galvanized by the sexual assault of his wife (by white slave-owners). So you feel obliged to write that there’s no historical evidence that such a rape took place, before hastily adding that there’s every chance that it could have, and that the rape of slaves was a common occurrence at the time (as were all kinds of appalling abuse).

As for the possible irony of Parker pivoting his film’s plot on a rape-revenge, you have absolutely no idea what to say. But the whole issue has quickly become a perfect storm of dangerously hot political issues, and that’s without mentioning Quentin Tarantino, or Black Lives Matter, or Brock Turner, or… and it suddenly becomes horribly clear that you haven’t made it clear whether or not to actually see the film.

Try this: The Birth of a Nation is solidly directed, fairly well-paced for the first two acts, and thematically blunt/on-the-nose (delete as appropriate). It romanticises bloody violence with the kind of string-heavy soundtrack often described as ‘swelling’, but only in the exact same way as every other historical action-drama to come out of Hollywood. The hero is filmed with a messianic reverence that is atypical only because he isn’t white. It’s as unsurprising as the controversy that surrounds it.