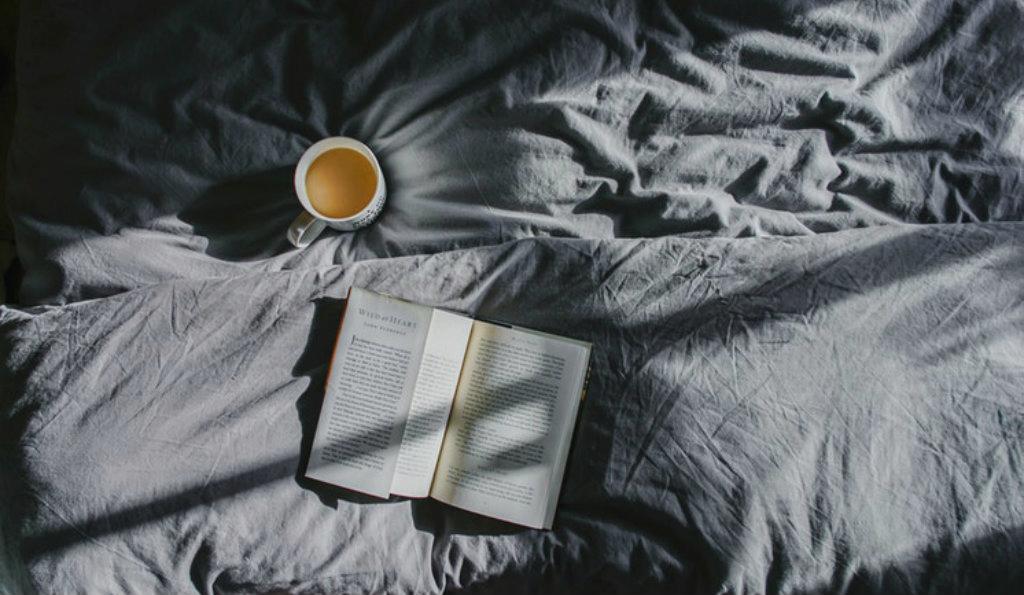 Best books published in 2018
What makes a book good? Some novels that galvanise a generation; others are quieter or more divisive. So we are looking back at 2018 new releases from a personal perspective. The Culture Whisper team share the books that have struck them and stuck with them from the last year. 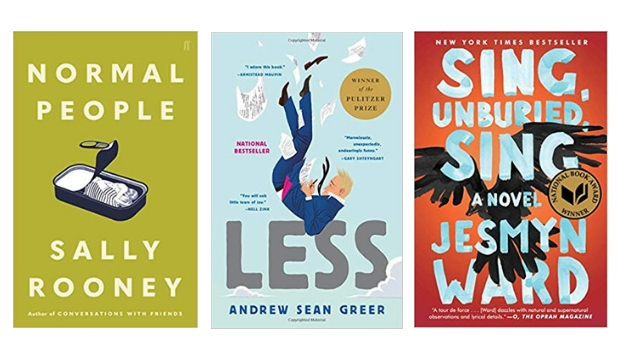 Sing, Unburied, Sing by Jesmyn Ward (Bloomsbury, £8.99)
As lyrically written as the title promises, this is a beautiful and (mostly) hopeful book about the power and limitations of family bonds – something we can all identify with. To compare Ward to Toni Morrison is not an exaggeration: this book haunted and stayed with us in the best possible way. No wonder it was one of Barack Obama's favourite books this year.

Less by Andrew Sean Greer (Abacus, £8.99)
Winner of the Pulitzer Prize for Fiction, Less is a hysterical, poignant plunge into all kinds of failure. It’s refreshing to find a Serious Literary Prize Winner with such vibrance, playfulness and comedy.

Normal People by Sally Rooney (Faber & Faber, £14.99)
Reading Sally Rooney is like suddenly seeing in high definition. Average actions and normal people feel newly startling in the magnification of her prose. It’s the kind of exacting observation that shines a spotlight on your own unvoiced, unnoticed thoughts. At various points in her remarkable second novel Normal People it’s enough to leave you breathless. We were grumpy when this didn’t make the Booker shortlist, then unsurprised when Waterstones declared it Book of the Year. 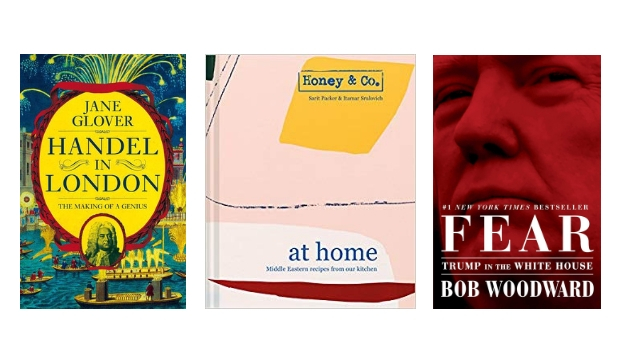 Handel in London by Jane Glover (Pan Macmillan, £25)
This is a vivid picture of the composer's life in the capital at a time when there was an insatiable appetite for new music among 18th-century audiences. It’s written by a conductor who knows Handel’s compositions inside out.

Fear: Trump in the White House by Bob Woodward (Simon & Schuster, £20)
The illustrious reporter Bob Woodward, one-half of the historic duo who uncovered Watergate, relies on more than 200 well-placed sources to give a hair-raising account of Trump's first year in the White House. This book is a must for those interested in contemporary politics.

Honey & Co: At Home by Sarit Packer & Itamar Srulovich (Pavilion, £26)
A delectably happy cookbook, At Home feeds its reader the sheer joy that comes from good ingredients and cooking for friends. Like Nigella, the authors are not afraid to write greedily and lasciviously about their favourite combinations, yet their recipes rarely involve too many ingredients. What's more, they always work. Try pumpkin with chirshi, pear and saffron salad with walnut tahini and sumac shortbreads and watch your friends drool! 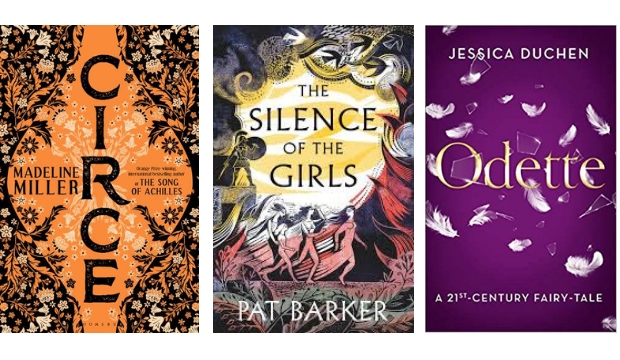 Odette by Jessica Duchen (Unbound, £10)
London-based journalist and librettist Jessica Duchen gives a modern take on Swan Lake. A swan crashes into the life of a young writer, and turns into a young woman dependent on the kindness of strangers.

Circe by Madeline Miller (Bloomsbury, £16.99)
Madeline Miller follows her award-winning reimagining of the story of the Greek hero Achilles with a no less gripping recreation of the life of Circe, the sorceress daughter of the Greek Sun-god, Helios, who turned violent men into pigs, but was capable of a great love.

Books about becoming a woman in the internet age 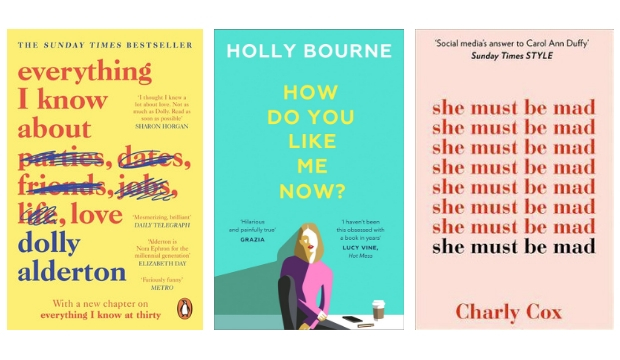 Everything I Know About Love by Dolly Alderton (Fig Tree, £12.99)
Our well thumbed copy is proof of quite how many Culture Whisperers devoured this book before passing it on to a friend. Dolly Alderton captures the journey from teens through twenties with candour, comedy and occasional cringes that will resonate will many millennials.

She Must be Mad by Charly Cox (HQ, £9.99)
The debut poetry collection of young influencer Charly Cox is raw, relatable and ready for a fight. It captures the anguish of becoming a young women, describing everything from Instagram captions to wayward nights out.

How Do You Like Me Now? by Holly Bourne (Hodder & Stoughton, £12.99)
At 31, Tori Bailey is a best-selling memoirist with an apparently dreamy boyfriend and great career. But since her happy ending, Tori’s realised things aren’t that straightforward. How Do You Like Me Now? is a sparky story of authenticity and identity, with a bracingly realistic take on a woman who needs validation through social media and reassurance that her best friend won’t leave her behind by getting married. 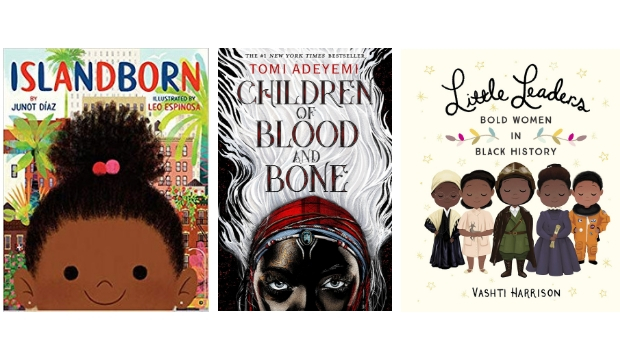 Little Leaders: Bold Women in Black History by Vashti Harrison (Puffin, £12.99)
Shirley Bassey and Tessa Sanderson are among 40 women celebrated in this picture book, which will delight and inspire little ones.

Children of Blood and Bone by Tomi Adeyemi (Macmillan, £7.99)
This YA novel pulsates with dark magic and unsettling energy, inspired by West African folklore. It's enough to encourage even the most reluctant teens to read.

Islandborn by Junot Diaz (Rock the Boat, £10.99)
The first picture book from this Pulitzer Prize winning author is a lovely paean to imagination and immigration. The tiniest members of the Culture Whisper clan have declared it is their new favourite bedtime story. 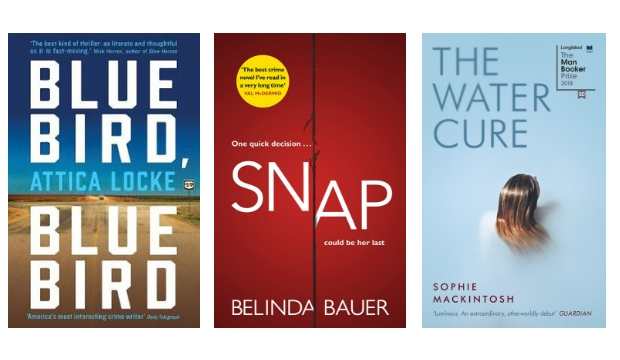 The Water Cure by Sophie Mackintosh (Hamish Hamilton, £12.99)
Among the many feminist dystopias released in 2018, this one stood out. It explores themes of sisterhood, male violence and desire in a world as recognisable as it is alien. An eerie, minimalistic page-turner with and ending that haunts you.

Snap by Belinda Bauer (Black Swan, £8.99)
This thriller, in which a mother goes missing and children must fend for themselves, serves up everything you could ask for in a crime novel. And Bauer writes with such panache you’ll want to savour the sentences, yet race through to the final twists.

Bluebird, Bluebird by Attica Locke (Serpent’s Tail, £7.99)
Locke is at her tautest best in this hard-hitting thriller set in the American South and described by the Financial Times as 'thoughtful, piercing storytelling with the power to transport.' 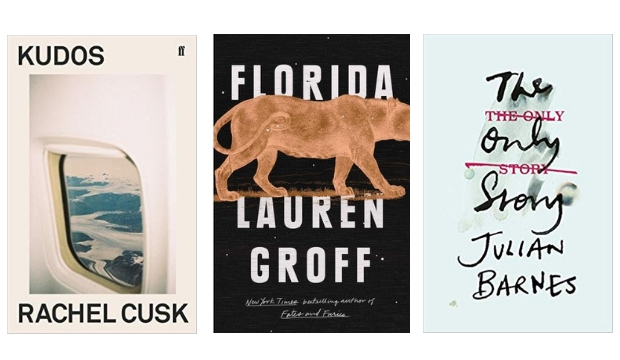 The Only Story by Julian Barnes (Jonathan Cape, £16.99)
Julian Barnes, at his crisp and understated best, looks at the lifelong impact of first love and its unforeseen consequences.

Florida by Lauren Groff (William Heinemann, £14.99)
Motherhood is at the centre of this selection of short stories, which sizzle in the Florida sun. But it’s about so much more than that—frustration, disillusionment, resourcefulness. It’s a restless read—one that will swallow you up like the sinkholes Floridians are so afraid of.

Kudos by Rachel Cusk (Faber & Faber, £16.99)
The final part of Cusk's transcendent trilogy was received with delight by literary folk. The story focuses on a woman who visits a changing, fracturing Europe. It's a story that sings to our current political climate.