At 96, Wayne Thiebaud is as sweet as ever: savour the first UK solo exhibition of his work spanning the past 50 years

Melting ice-creams, perfectly poised cherries and swirling dollops of sugar icing were the rising stars of his early compositions. However, Thiebaud is so much more than a cutesy still-life painter. He is, today, recognised as one of America's foremost living portrait and landscape artists.

White Cube's current exhibition at Mason's Yard – Wayne Thiebaud: 1962 to 2017– is the artist's first UK retrospective. Presenting a comprehensive overview of his paintings and works on paper from the past 50 years, cherry pies and bakery cases jostle for attention alongside his recent compositions of ploughed fields and urban jungles.

Thiebaud emerged as a fully fledged artist when Abstract Expressionism reigned supreme. Yet his work stands apart from that of his peers. In style he is closer to Edward Hopper and in subject to Paul Cézanne or Giorgio Morandi.

Through his use of pastel and bold colour palettes, Thiebaud creates a tension between surface and depth that is almost tangible. The heightened tactility results from the viscosity of his paint. In Bakery Case, 1996, dollops of icing swirls are re-created on the surface of the canvas through thick impasto, while the oozing fillings of his unobtainable cakes and pies in later compositions are re-imagined through heavy daubs of vibrant colour.

While Cherry Pie, 2016, looks almost too good to eat, his portraits and landscapes are bolder, and more abstract in composition. Fall Fields, 2017, is characterised by bold primary colours and a distorted perspective that evokes David Hockney's Going up Garrowby Hill, 2000. The winding roads that undulate like vertiginous theme-park roller-coasters in Hockney's earlier work resonate loud and clear with those in Thiebaud's work. Little wonder then that he is regarded as one of the best of current colourists.

A teenager during the Great Depression, Thiebaud yearned for the unattainable; this may explain why food is so often depicted behind glass cabinets or reflective shop windows. Out of reach, out of mind, or so they say. Fast forward 70 years and we live in a world dominated by consumerism. It's all about the quick fix. The buy now, pay later. It seems Thiebaud's still lives are as relevant today as they were then – albeit for different reasons.

In his 10th decade, Thiebaud is as prolific and successful as ever. Just like the Japanese woodcut Master Katsushika Hokusai, Thiebaud just gets better and better with age. Long may it last. 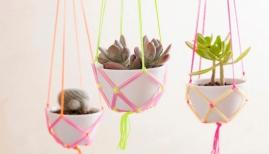 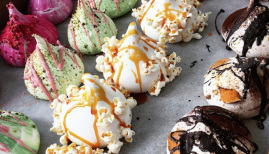