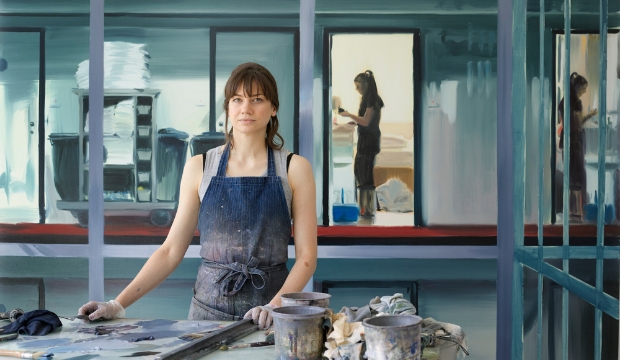 Caroline Walker, a Scottish-born painter now based in London, portrays women in private and public settings, but her works are always imbued with an air of tension, a feeling of stories half-told, and of quiet, unseen struggles. Whether depicting lone individuals in opulent LA homes, or nail technicians in beauty salons, Walker brings the private and over-looked to the fore. 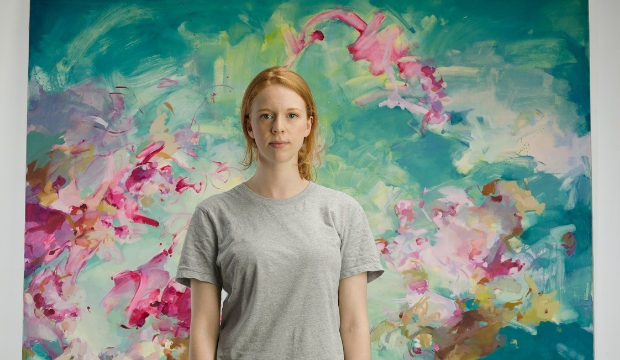 Flora Yukhnovich’s paintings reinterprets the florid images of the Rococo – an 18th century style recognisable by its bucolic opulence, its flushed bosoms and rosy cherubs, its pastel hues and silk-clad lovers. Yukhnovich takes these compositions and blasts them apart, so that they become almost abstract works, full of energy and dynamism. Genders are blurred, popular culture seeps in and millennial pink replaces more traditional hues. Her canvases form to the beat of a very modern brush. 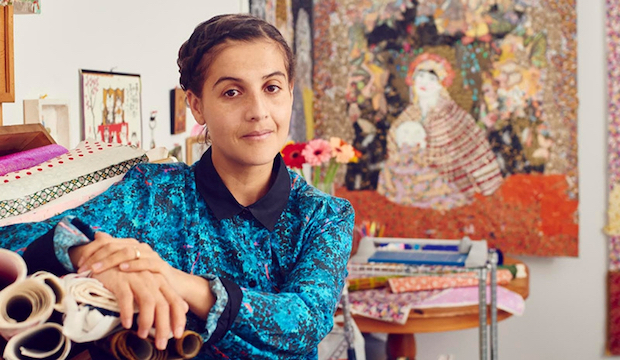 Colombian born, Brooklyn-based artist María Berrio constructs her works with layers of Japanese paper, meticulously placed to produce intricate, large-scale images. Berrio merges reality and fantasy to produce a sort of magic realism, populated with exotic creatures and mysterious women who seem to be the protagonists of some folkloric realm. But beneath the jewel tones and dream-like scenes lies an unease and a number of her works touch on migration and curtailed freedoms under Trump’s premiership.