Previous years of the Tate Britain Commission have seen squash costumes and neon lighting – what will Mike Nelson do?

Mike Nelson has described himself as a ‘frustrated archaeologist’ and is known for his large-scale, site-specific sculptural environments and works that fuse literary, filmic, socio-political and cultural references. He’s been nominated twice for the Turner Prize, and in 2011 he represented Britain at the Venice Biennale, where his installation featured piles of junk and abandoned workshops. In Coral Reef, 2000, at the Tate Collection, Nelson created a labyrinth of abandoned, interconnected rooms, where individual narratives and cultural histories unfolded through different objects occupying the spaces – including an empty sleeping bag, a calendar in Arabic, a wall hanging of JFK, and a clown mask.

Previous artists to work on the Tate Britain Commission include Anthea Hamilton, 2018, Cerith Wyn Evans, 2017, and Pablo Bronstein, 2016. Hamilton inhabited the galleries with a solo perfomer in a squash-like costume, Wyn Evans filled the space with nearly 2km of neon lighting suspended from the ceiling, and Bronstein put on a continuous live performance with dancers moving through the galleries, interacting with achitectural elements. What Nelson chooses to do with the space is revealed on 19 March. Watch this space. 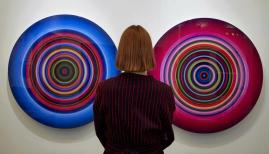 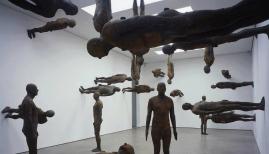