Spain and the Hispanic world, review ★★★★★

The Royal Academy, Spain and the Hispanic world exhibition tells of the history of Spain and its colonialism told through Celtic, Jewish, Islamic, Christian and Indigenous artworks

There’s no shortage of great Spanish artists in art history – names like Velazquez and Goya spring to mind, though it does often feel very white and Catholic. This exhibition of treasures from the Spanish and wider Hispanic world at Royal Academy is showing a more diverse and more accurate history including Celtic, Jewish and Islamic influences in Spain and also from the countries that Spain brutally colonised in South and Central America.

Spain has a rich Islamic heritage and it’s evident through impressive large scale ‘Alhambra silk’ geometrically patterned tapestries, elaborate door knockers and some stunning ceramics as Muslim potters introduced new techniques that would then be co-opted by Christian ceramicists. 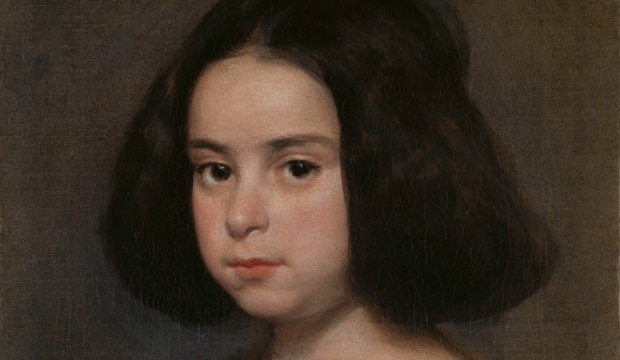 Velazquez portrait of a Young Girl

But Spain’s history goes much further back with the earliest works on display being from circa 4,000 years ago and belonging to a culture known as the Bell Beaker people, with other early pieces including Celtic bracelets, and a Roman torso of the goddess Diana.

Now, this wouldn’t be a Royal Academy exhibition without plenty of paintings on display and it definitely delivers with a panoramic vision of the provinces of Spain by Sorolla and a fantastic portrait of a young girl by Diego Velazquez that captures her exuberance even though she’s sitting still. It’s not all familiar names as a highly realistic trompe l’oeil by Marcos Correa feels like a visitor could snatch the painted pieces of paper right off the canvas. 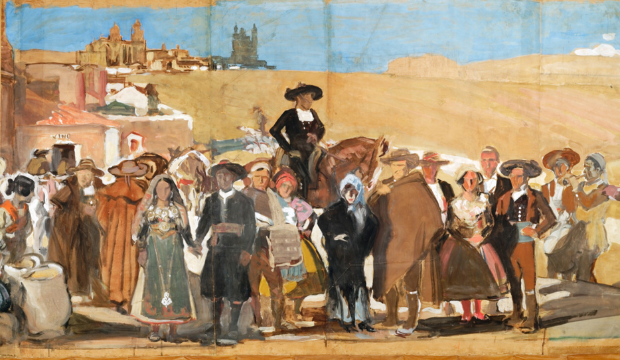 The works from the Americas mix both native and European styles and there are some great finds here. Highly memorable are the sculptures representing the four fates of man by Ecuadorian artist Manuel Chili ‘Caspicara’, with his small sculptures showing death, and then souls in hell, purgatory and heaven, filled with drama - the sheer pain on the face of the soul in hell truly captures what it must feel like to be burned alive. 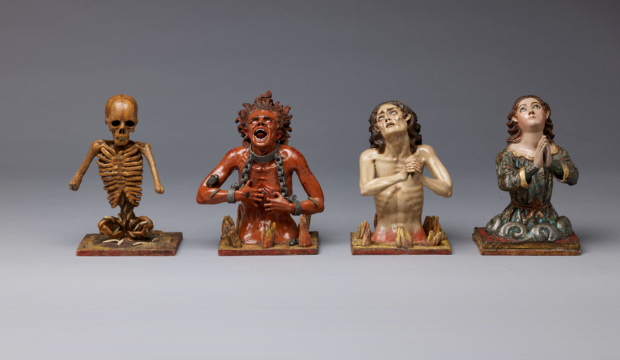 This show was never going to be a comprehensive history of Spain and the countries it was colonised, as that’s a story that one exhibition could never tell, and what’s on show at the Royal Academy is limited to what can be sourced from the collection of the Hispanic Society Museum & Library. But what this exhibition manages to deliver is to use this collection to tell a more diverse history, and it’s a history that needs telling.

Spain and the Hispanic World: Treasures from the Hispanic Society Museum & Library at Royal Academy of Arts. 21 January - 10 April, £22-24.50. 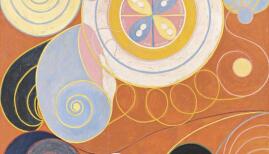 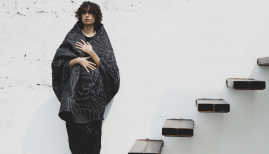