World Press Photo 2016 is a harrowing visual journey through the political, natural and troublingly human upheavals of the past year

The Exhibition presents the single exposure images which best capture the biggest news stories of 2015 across the globe in either a single still or a story comprised of multiple images. The images are judged in terms of their accuracy and fairness of presentation, as well as their visually compelling insight into current affairs. The contest also showcases the themes of sport, nature and daily life.

This year's winning image was taken by Warren Richardson, selected from 82,951 photos taken by 5,775 photographers from 128 countries. It won first prize in the Spot News category in addition to taking the grand title. In the image, we are shown two refugees, a man and a baby, attempting to cross the border from Horgoš (Serbia) into Röszke (Hungary) on the night of 28th August 2015. The image was chosen as the image which best captured 2015. 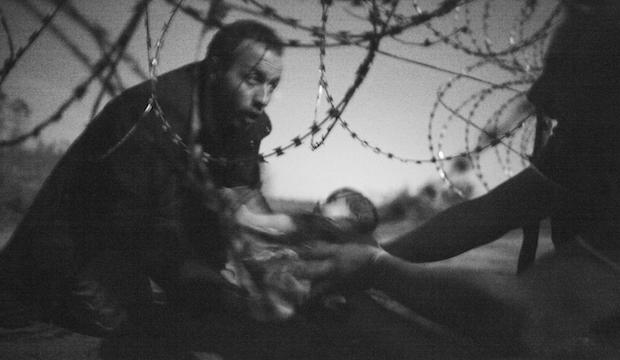 On the qualities of the winning image, it was the ability of a photograph to tell something about an event, whilst delivering a powerful emotional and editorial force which was considered paramount. Debate raged on the aesthetic as well as its technical and journalistic qualities.

This year, the major stories were starkly eviscerated. Syria and the refugee crisis in Europe dominated, with the Nepal earthquake providing some harrowing imagery. The Paris attacks in January and November of 2015 and American violence set off by racial conflict also feature.

Corentin Fohlen's photograph of an anti-terrorism demonstration in Paris in January 2015 is particularly powerful, wildly evocative of the barricade in Victor Hugo's Les Miserables and bears similarity to the images taken in 1989 on the night of the fall of the Berlin Wall. 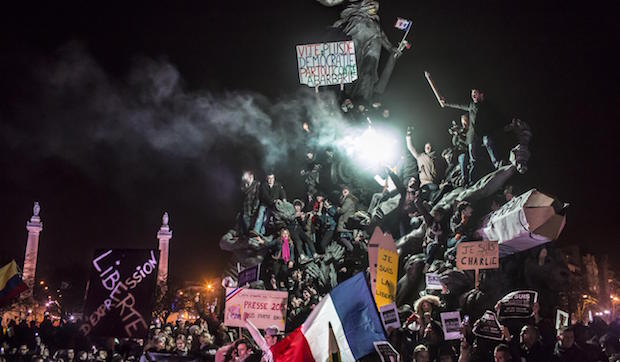 Some of the exhibition's most troubling images came from those which presented children, their lives torn apart by wars, political climates and natural disasters which they did not create. Abd Doumany's wounded Syrian child inside a makeshift hospital is particularly disturbing, showing a girl doused in blood and coated in a layer of dust from the war torn city of Douma. The rebel held area had been subject to air raids and shelling by the Syrian government. 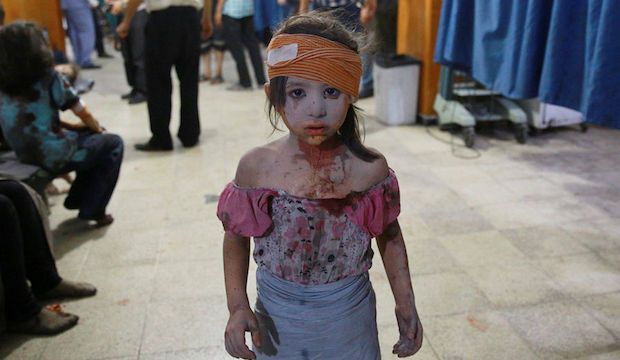 Other images focussed on environmental issues which humans have had a hand in creating. Tim Laman, winner of Wildlife Photographer of the Year 2016 was named winner of the Nature stories category for his series of images highlighting the plight of Orangutangs at the hands of the Palm Oil industry. Kevin Frayer's photo won the Daily Life category in his photograph of China's coal addiction. The photograph looks almost like a painting, and is strongly reminiscent of the great smoke chimneys of London's 19th Century Industrial Revolution. 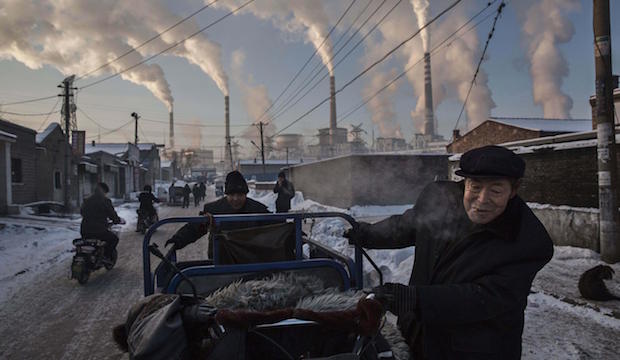 The exhibition certainly isn't a destination visit in it's own right, since the photographs can be seen online and the foyer of the Southbank Centre doesn't quite give the best light or sufficient attention to the photography. Creating the right ambience to really immerse oneself in the photography is done to far better effect at the Wildlife Photographer of the Year exhibition at the Natural History Museum. Yet this doesn't detract from the power of the images themselves.

What is so powerful about the exhibition is it's proximity to home. Images of the migrant crisis in Europe, the Syrian war and terrorism on our continental neighbours' soil are neither geographically nor politically far away from home. It's the contemporary nature of the exhibition which strikes us, that many of the people in these photographs are alive somewhere not too far away living in the same conditions, or sadly not. These are not retrospectives, but snapshots of the present.

They are photographs which should resonate with us on a human level, events which are happening now and are the images which will make up the pages of the history books of future generations to come. It's this immediacy which is most apparent at the exhibition, and makes it more necessary than ever to confront those issues today. If we don't, we consign them to our pasts and allow them to continue to our children's futures, wishing we had done more. This message is testament to the resounding success of the World Press Photo Foundation.