To look at these works, you'd think they were Freudian experiments, made at the height of European Surrealism, or else acid-addled '60s psychedelia. In fact, they're Victorian. Drawn in 1871, three years before Impressionism took hold, they're probably the first ever abstract works. They were made by a woman, Georgiana Houghton. Or, rather, made 'through' her – Houghton was a medium. These were drawn by ghosts.

The 19th century was the golden age of the supernatural, and the Spiritualist subculture spread like wildfire. There was a seance in every smart room in the land, including Buckingham Palace: the Queen and Prince Albert were partial to the odd ghost or two.

Houghton was at the forefront of this movement, making hundreds of abstract automatic watercolours in the 1860s and 70s. On the reverse of each astonishing work, she has detailed the individual spirit guiding her hand. Her dead sister Zilla crops up, as do several of her ancestors. Titian (!) was fond of peacocks it seems, while St. Luke compelled her to draw a rather fetching portrait of Jesus, complete with ringlets, a goatee and a fascinator. 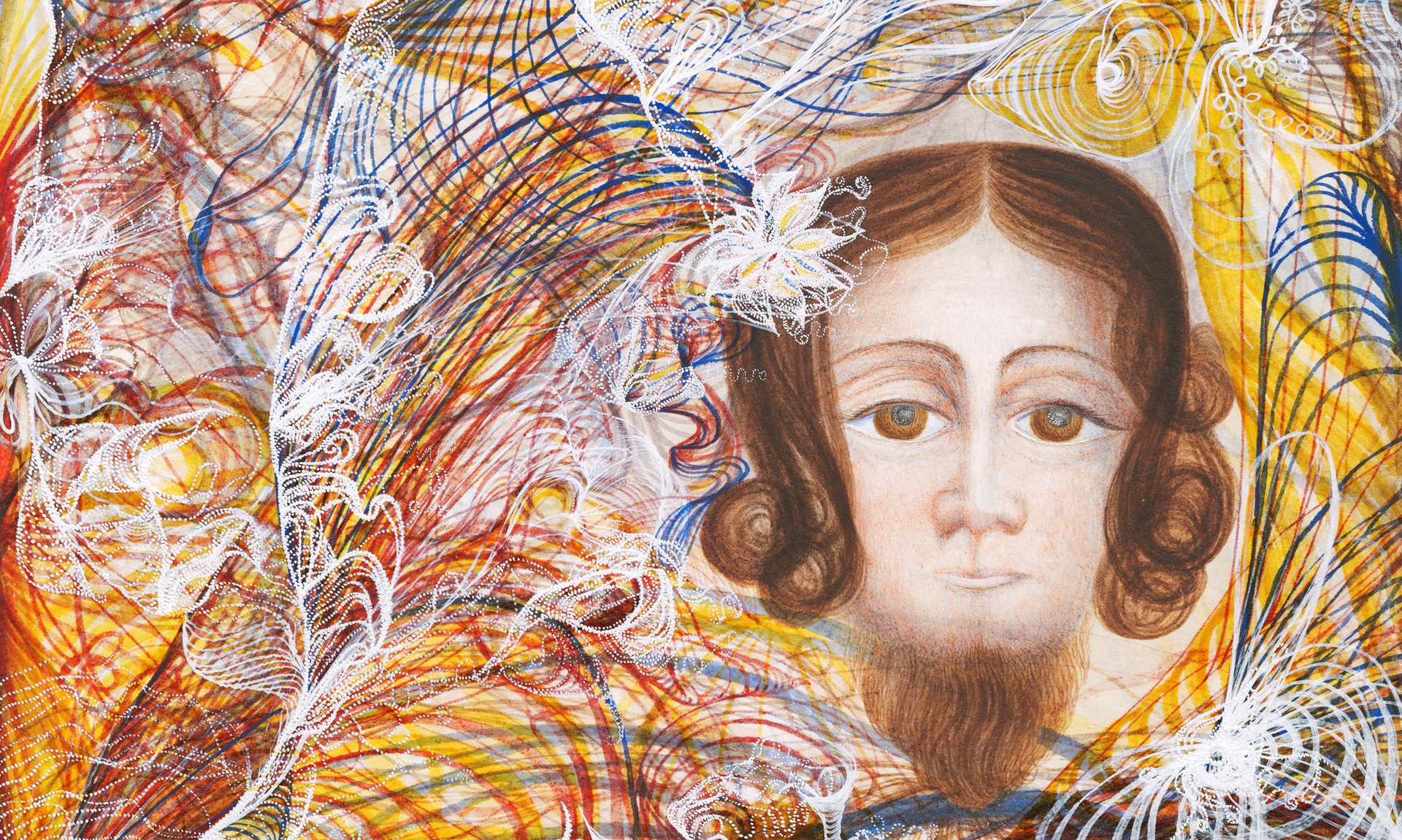 These works are eerie and beguiling; even in the hubbub of a gallery they have a pull both isolating and eternal.

In her lifetime, Houghton was laughed at: dismissed as an eccentric. A self-funded Mayfair show in 1871 almost bankrupted her. She was a woman – art was for men. She died a failure.

Now, a century and a half later, an artist and historical phenomenon is finally getting the attention she deserves. Looking around at the critics and Instagrammites that fill the Courtauld Gallery, you imagine how she'd feel if she knew. It's very moving.