With the opening of V&A’s blockbuster John Constable retrospective, Senior Curator of the exhibition, Dr Mark Evans, helps us get to grips with the man behind ‘The Hay Wain’ 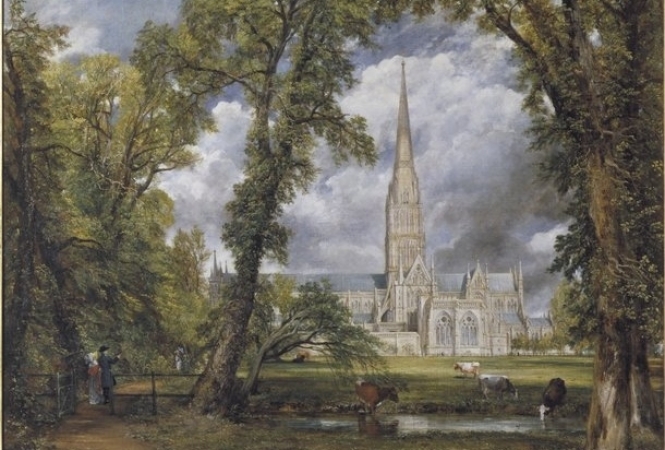 With the opening of the V&A’s retrospective of the revolutionary landscape artist, John Constable, Culture Whisper were lucky enough to sit down with Senior Curator, Dr Mark Evans, to get to grips with the man behind ‘The Hay Wain’

Dr Mark Evans is on a mission to alter our understanding of a long established artist and to  debate how John Constable, much like his great rival J. M. W. Turner – who’s own contributions to the canon of English art can be seen at Tate Britain currently, sought to make landscape ‘a great and authoritative art form once again’.

For example, our contemporary labelling of Constable’s as a ‘revolutionary’ was probably something that the artist would have abhorred. Given the recent uprising in France, Evans explains how Constable would have regarded the term ‘revolutionary’ in a terribly bad light: ‘to him, revolution was chopping off people’s heads’. Fundamentally Constable believed that ‘landscape painting had reached a peak of perfection in the 17th century in the work of Rubens, Poussin, Claude and Ruysdael, and that a decline had set in in the 18th century’. Conversely he believed that ‘in his own time and in England it (the landscape tradition) had recovered’. Evans illustrates this progression in the first few rooms of the exhibition, where landscape works by Gainsborough, Cousins and Richard Wilson from the collection of Sir George Beaumont which inspired young Constable are on display.

‘Nature caught in the very act’

Constable was fascinated and perhaps a little obsessed with the truthful recording of nature, so much so that Lucian Freud called him ‘the truth teller’. In the case of the iconic English landscape picture ‘The Hay Wain’ (1821), Constable wrote a frantic note to his brother demanding a drawing of a Suffolk farm wagon be sent to him in London in order to complete the painting. Dr Evans explains Constable’s detail-orientated practice as, ‘a profoundly moral activity that was about truth’.

Morality is certainly a word that frequently appears in discussions of Constable’s work. As an Anglican with a ‘genuine piety’, he was truly sincere in his bid to record the English landscape, creating ‘extraordinarily truthful, painstaking oil sketches which showed the effects of dew on a leaf’.

One story that perfectly illuminates Constable’s laboured practice is the visit of a young artist to the middle-aged Constable’s studio where, to his surprise, he came across piles and piles of dock leaves. Evans recalls Constable’s humble response: ‘I know dock leaves pretty well, but I should never presume to include one in my paintings if I did not have one before me’.

Interestingly, Constable was born two years before the invention of photography, the ultimate record of the natural world. Evans questions how old Constable would have responded to the medium, in light of his traditionalist understanding of images as handmade. Upon seeing Louis Daguerre’s diorama in 1823, Constable commented ‘it was fascinating and entertaining, but it lies outside the realms of art. For its aim is not truth, but illusion’. And this is the exact point behind Constable’s work, to record the truth of an object, but not a deceitful trick of the eye.

Why you should pay a visit

This exhibition is breath-taking in its soaring illustrations of the English landscape, with each small oil sketch offering a single change of light and the flicker of wind across Brighton Beaches and Suffolk meadows. Dr Evans even accuses these idyllic scenes of seducing us into believing that the wain is always crossing the ford, trapped forever in a moment of pre-industrialised peace and tranquillity.

For our full preview of the exhibition, click here.