Unbelievably, the first ever major retrospective of Alexander Calder has arrived at the Tate - and it blew us away

The show is roughly chronological, and opens with Calder's wonderful wire sculptures. Calder called these 'drawing in space' and you are struck by how much these sculptures look like line drawings, rendered in three dimensions. These early works are full of wit and ingenuity. The first work in the exhibition is Calder's magnificent Hercules and Lion. The piece bursts with energy and movement, as Hercules bends the lion backwards. We loved the wire detail on the shoulders, suggesting his strength, and the genitals (a frequent occurrence in these early works) were a funny, incongruous addition.

Moving through these first rooms, you notice that the shadows of the sculptures are artworks in their own right. In his 1930 work Varese, the shadow that falls upon the wall gives a completely new perspective to the piece; we see a different face, much more sinister in expression, that glowers down at the viewer. 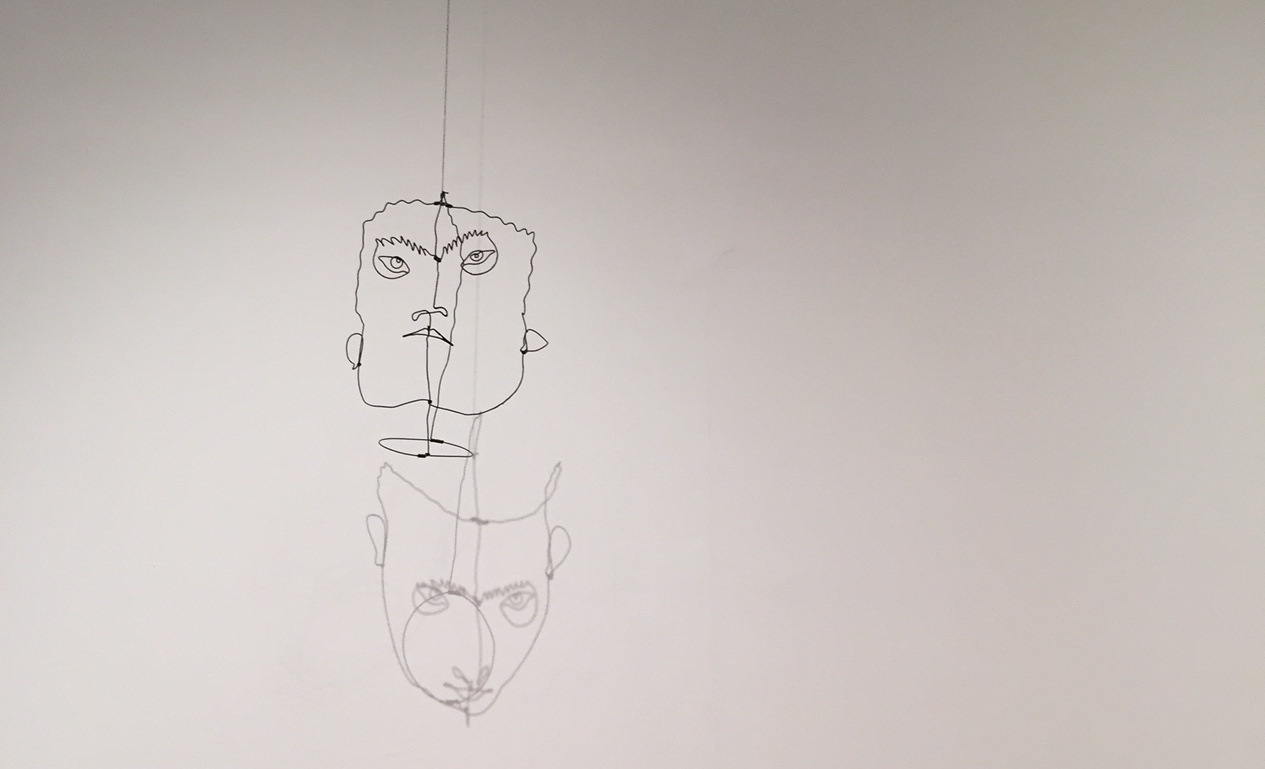 The Tate have managed to get their hands on some of the original Cirque Calder. The artist was deeply interested in the increasingly popular circus, and set up his own miniature circus of animals in wood and wire originally just for pleasure and later to pay the rent.

The highlight, though, of the first few rooms is Calder's sculpture of Josephine Baker. In the 1920s Calder moved to Paris and was heavily influenced by the vibrancy of dance and theatre. He was particularly fascinated by Baker, who was then the toast of Paris, and became obsessed with translating her jiggly dancing into sculpture. The wire portrait is wonderful; Baker stands 4 foot tall, all spiralled breasts and ass, strut and sass. You couldn't look away from her. 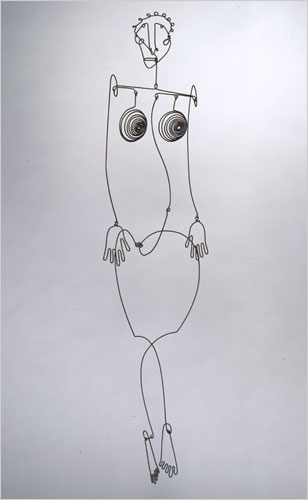 The next two rooms are perhaps not quite as successful. They are filled with Calder's mechanised sculptures, his first abstract works, though the motors are now far too delicate to use. The artist originally trained as an engineer, and hand-built these mechanisms. One wonders why the Tate needed quite so many of these now-defunct pieces; they look clunky now, and very dated. There was one video of the mechanisms in motion, but the screen was far too small to give a proper idea of the movement.

The final rooms are extraordinary. By 1932, Calder had stopped using motors, preferring his sculptures to move by chance and air currents, in random, un-choreographed motion. Freed from the plinth, these were abstract works that moved for the viewer, rather than the viewer moving around them. Their movement of this abstract shapes is remarkable, akin to watching clouds across the sky, or listening to put song. To watch their performance is almost to meditate; even at a crowded press viewing, an immense serenity was palpable. The movement of these sculptures is random, therefore each viewer's experience is unique to them; the result is an experience that feels deeply personal.

Our favourite has to be 1947's Gamma, in red, blue and yellow, and with many small parts, it is a thing of delicacy and jubilance. 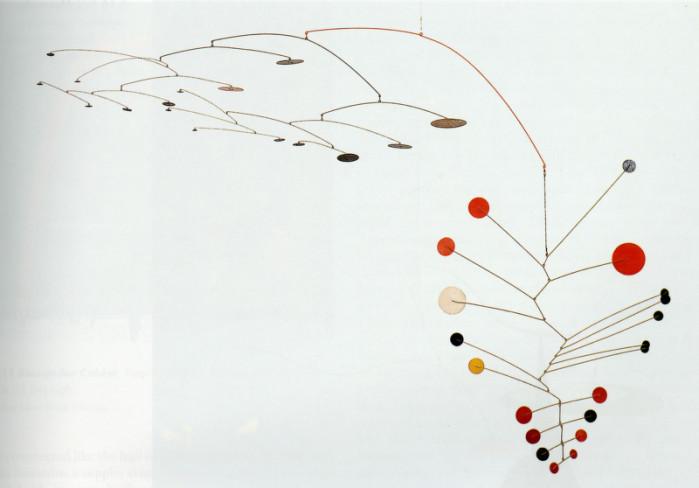 Calder's lightheartedness is often mistaken for whimsy, or silliness. This wonderful exhibition is a testament to one of the finest artistic minds of the twentieth century. We urge you to go.