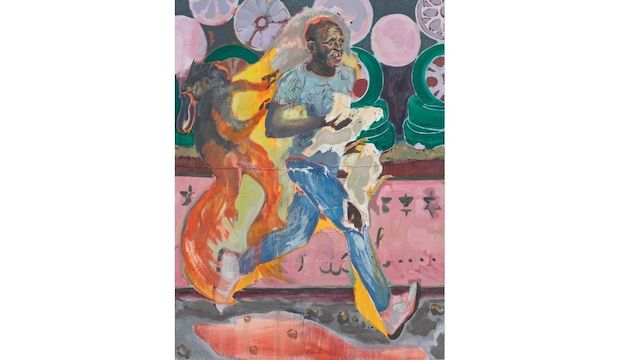 The first room of his exhibition explores Kenya’s 2017 national election. In the run-up, Armitage joined a local TV crew, who were filming a rally in Nairobi. His painting The Fourth Estate (2017), depicts a crowd of opposition supporters gathered in and around a sprawling tree. One holds a banner sporting the image of a toad, a symbol of political duplicity.

The next room contains a series of works exploring the complex and layered narratives of Africa’s mythologies and histories. Ghostly forms and hybrid figures, part human, part animal, haunt shimmering landscapes. In an innovative nod to his African roots, Armitage paints on lubugo, a Ugandan material made of bark cloth, which was traditionally used for burial shrouds. By stretching and priming this material, he has transformed it into a canvas and the seams and holes that appear add texture and meaning. One very striking image, titled Antigone, depicts a naked woman. She holds our gaze, her knees pulled up and her legs apart. This painting references the pressures faced by African women to marry and the two very obvious holes in the painting's surface seem a deliberate reference to sex. 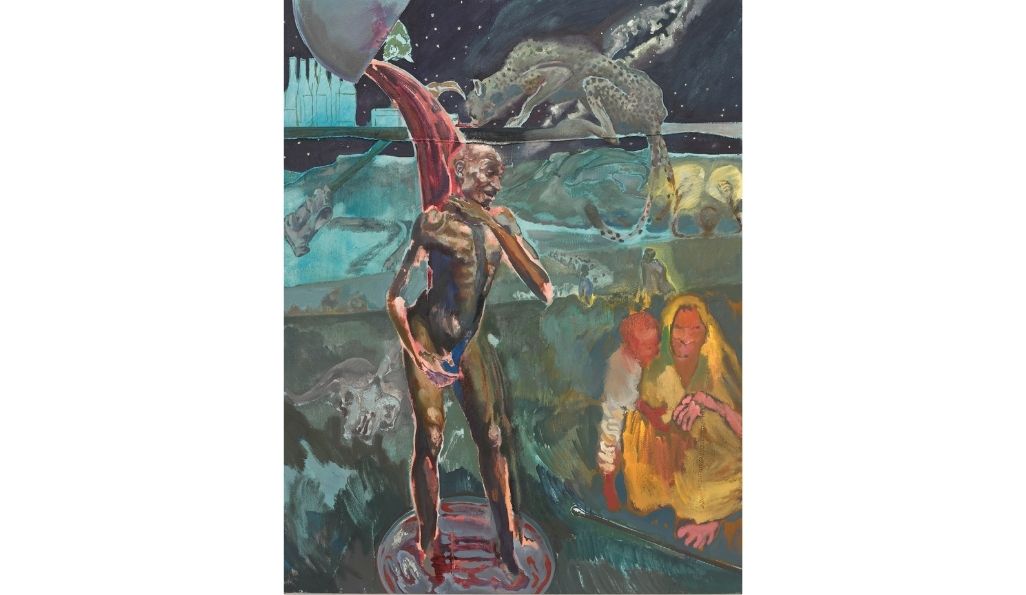 Colourful and thematically dark, strange and absorbing, this is an exhibition well worth visiting. Armitage's career is going from strength to strength. He is represented by White Cube and his works fetch huge sums. So, if you are not yet familiar with his work, this is the ideal opportunity to acquaint yourself with an artist who may well be on his way to becoming a household name. 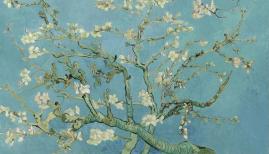 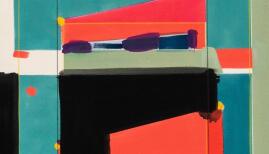